Home>Markets>Cardiovascular
Recent
'Adversity Can Give Us the Hidden Gift of True Purpose'
May 05, 2021
Is 'Strategic Discrimination' Happening in Medtech?
May 05, 2021
Protecting Hearing Aids Electronics with Parylene Conformal Coatings
May 05, 2021
Want to Practice Surgery? Here's a Full-Scale 3D Printed Human Heart
May 05, 2021 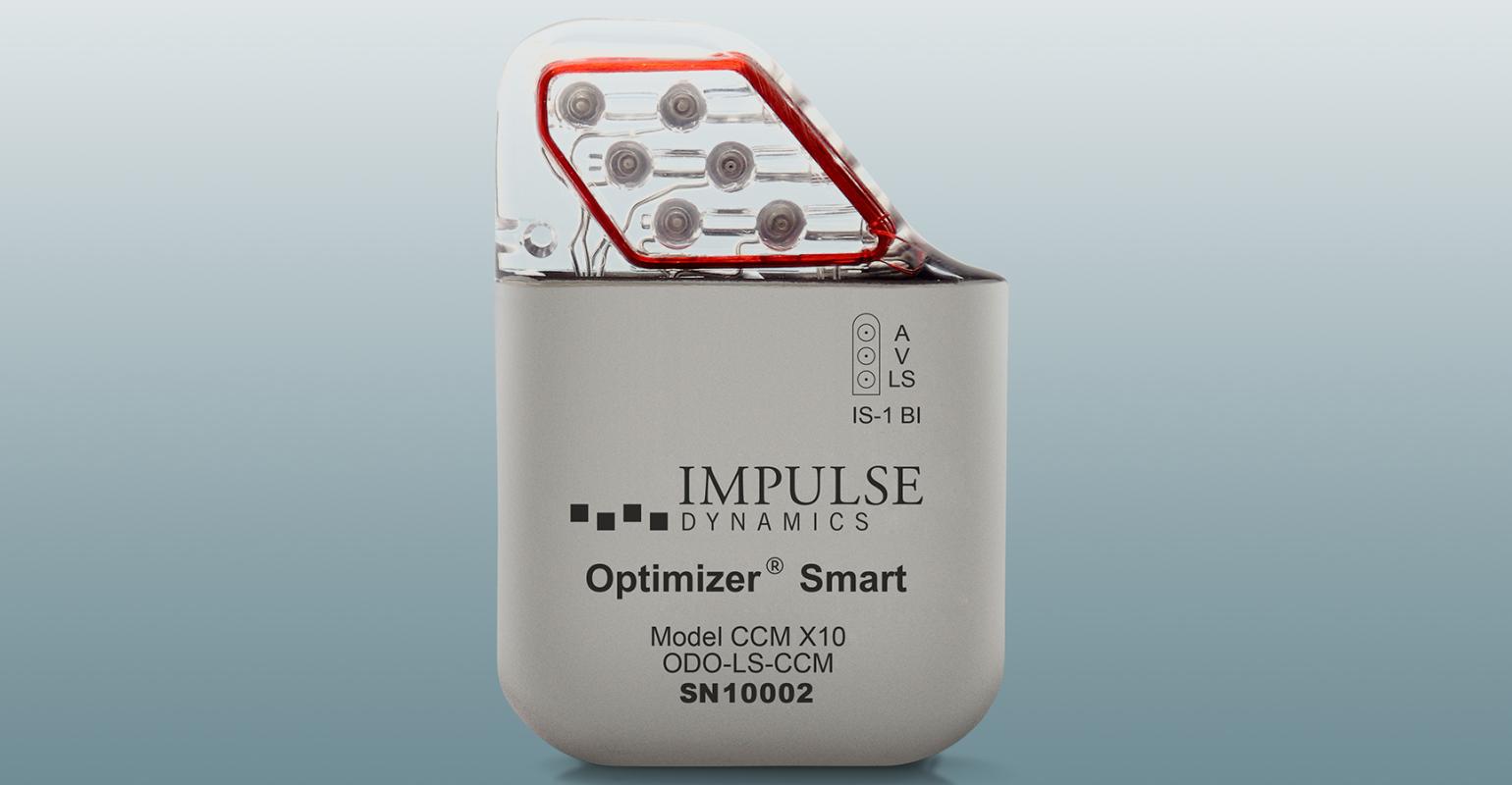 One of the 16 promising medtech companies in the private sector, as named in a Canaccord Genuity analyst report, earlier this year, has just received approval for its heart failure therapy. Impulse Dynamics noted it nabbed a nod from FDA for the Optimizer Smart System.

The Orangeburg, NY-based company’s technology delivers Cardiac Contractility Modulation (CCM). Through CGM an electrical pulse is delivered during the absolute refractory period, which is just after heart contracts. In contrast to a pacemaker or defibrillator, CCM works by modulating the strength of the heart muscle contraction rather than the rhythm.

Daniel Burkhoff, MD, PhD, of Impulse Dynamics described how the Optimizer Smart System worked and noted how it could be beneficial to patients.

“This therapy has been focuses on helping the muscle [in the heart] get better, if you will,” Burkhoff, told MD+DI. “In the failing space the muscle in the heart undergoes a lot of changes in the molecular level and the genetic level. We have found that these electrical signals that we apply can have beneficial effects to help restore a more normal molecular makeup. In that regard that is what we believe is contributing to helping these patients feel better.”

Burkhoff noted that in a ‘broad sense’ the technology shared some similarities to electroceuticals - bioelectronic devices implanted in the body that use signals to stimulate nerves and tissue. However, the company said the device is not classified as an electroceutical.

“It’s akin to an electroceutical because we are using electrical signals in a way that drugs are normally used, in a sense that we’re trying to improve the strength of the underlying biological processes within in the abnormal failing cell,” he said.

Impulse Dynamics’ U.S. approval comes after the firm received breakthrough device designation from FDA in 2015. The Optimizer Smart System went before the Circulatory System Devices Panel of the Medical Devices Advisory Committee, Dec. 4, 2018, receiving a 12-0 vote on the benefit-to-risk ratio of the device.

"With FDA's approval of the Optimizer System for the delivery of CCM, we finally have available in the US an effective device-based therapy for advanced heart failure patients with mildly to moderately reduced left ventricular ejection fractions who are not eligible for CRT," William Abraham, MD, Professor of Medicine, Physiology, and Cell Biology, and College of Medicine Distinguished Professor at the Ohio State University Wexner Medical Center, said in a release. “As such, it represents a real game-changer for these patients."

In January, the company was highlighted in a report along with 15 other companies by Canaccord Genuity Analyst Jason Mills.

"Our research suggests there are a plethora of high-quality, highly-innovative and potentially disruptive medical technology companies in the private sphere, many of whom could explore the IPO route over the next several quarters," Mills wrote in his report about the highlighted companies. "It’s never too early for investors to start learning about these compelling stories."