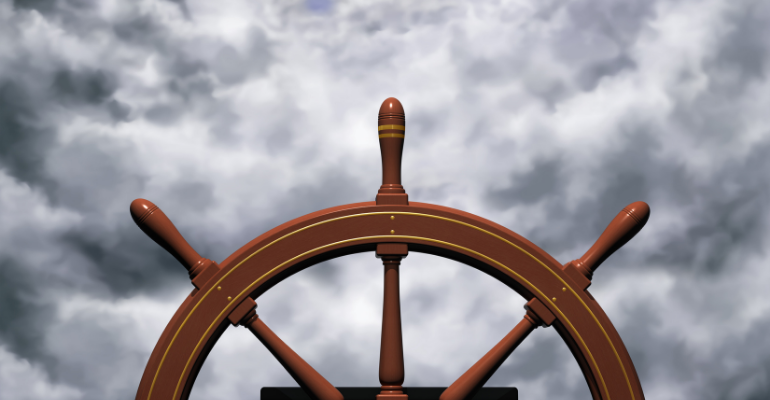 Disappointing Medicare reimbursement news for iRhythm Technologies' Zio XT wearable heart rhythm monitor sent the company's stock tumbling in late January. Investors got fired up about the stock on Monday, however, after the company announced a new CEO with an impressive track record.

iRhythm's stock price soared 35% Monday to close at $64.96, a sure sign that investors are happy about the morning's news that Quentin Blackford will soon take the helm. Blackford, currently serving as chief operating officer at Dexcom, is expected to step into his new role as president and CEO at iRhythm in early October.

As COO at Dexcom, Blackford was responsible for global operations, corporate strategy, and expansion into new markets, helping guide the company during a period of significant growth and transformation. He joined Dexcom as CFO in 2017. Prior to Dexcom, Blackford was an executive vice president, CFO, and head of strategy and corporate integrity at NuVasive. Before NuVasive, he led the global financial planning and analysis group at Zimmer, in addition to serving as director of finance and controller of the dental division.

“Quentin is a world-class leader who has been at the center of growth and market expansion at multiple premier medtech companies,” said Abhijit Talwalkar, chairman of the iRhythm board. “Quentin has a strong track record of engaging teams to instill excellence across global operations. He shares our commitment to innovation and appreciates the important role it has in improving lives. We are delighted to welcome him to iRhythm to drive our next phase of growth.”

Blackford commented on iRhythm's "innovative technology with differentiated capabilities that providers and patients value," and said he looks forward to helping capitalize on the company's "many opportunities."

iRhythm noted that Douglas Devine will continue to serve as the interim CEO until Blackford joins the company on Oct. 4.

"We believe it is a positive that [iRhythm] was able to attract an experienced, well-known medtech executive despite its current reimbursement overhang," said Marie Thibault and Sam Eiber, medtech analysts at BTIG, in a report Monday. "Since the CEO search was ongoing and an announcement was expected at any time, we do not view this as any indicator of the reimbursement process."

In April, Novitas updated its reimbursement rates again for codes that cover the Zio Patch. This time the new rates for CPT codes (current procedural terminology) 93243 and 93247 were set at $103 and $115, respectively, and are retroactive to the beginning of the year. While these rates are about $43 higher than the rate reported in January, it is still quite a bit lower than the reimbursement rate iRhythm was previously receiving (about $300 or more) for its wearable heart monitoring patch. iRhythm said at the time that the newly published rates did not appropriately reflect the clinical and economic value that long-term continuous ECG monitoring offers patients, their care teams, and the Medicare system. iRhythm also said then that due to the cost for providing the service relative to the updated rates published by Novitas, it would not be able to provide its Zio XT service to the Medicare fee-for-service segment at those reimbursement rates.

Company executives provided an update on the reimbursement situation during an earnings call in August. They said during the call that the company planned to submit cost data under an alternative pricing model, validated by a third party, to Novitas and other regional MACs, either in September or October. Regarding the pursuit of national pricing, the executives said they would use the comment period following the mid-July 2022 physician fee schedule proposal to provide additional information on the services the Zio Patch technology provides. However, executives also said they will most likely remain with regional carrier pricing in 2022, with a plan to pursue national coverage for 2023.