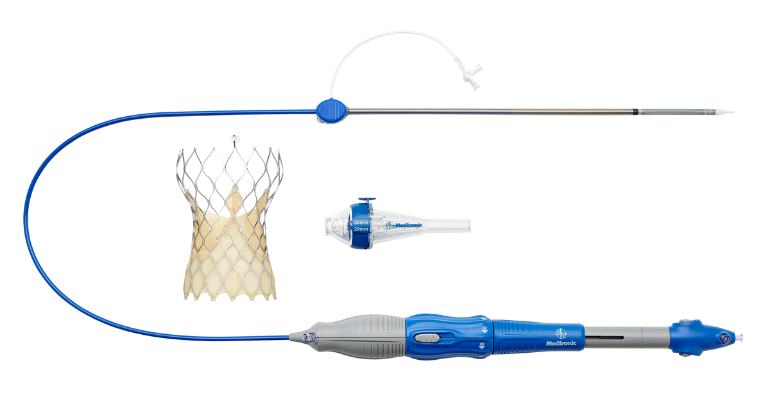 The cusp overlap technique is a deployment technique specific to TAVR valves that is being widely adopted, especially for self-expanding valves, Steven Yakubov, MD, a cardiologist in Columbus, OH explained last year during a EuroPCR 2021 session sponsored by Medtronic (scroll down for YouTube video of the session). With this technique, the deployment of the valve actually occurs where the left and right cusps are overlapped.

"What we believe is that the cusp overlap technique can get the non-coronary isolated so that you could deploy the self-expanding valve especially at the proper depth so that we don't interfere with the conduction system at the annular level," Yakubov said. "I don't believe that you could isolate the non-coronary cusp any better than by using this technique."

Fast-forward a year to EuroPCR 2022 and it seems Medtronic actually has some data to support the use of the cusp overlap technique during deployment of its TAVR Evolut valves. The company presented results at the conference of 400 patients treated in the United States and Canada from the main cohort of the Optimize PRO study evaluating valve performance and procedural outcomes associated with an "optimized" pre- and post-procedural TAVR care pathway, using the cusp overlap technique to deploy the Evolut valves.

Consistent with Yakubov's explanation, Medtronic said the cusp overlap technique is designed to help implanters assess and achieve the target implant depth to reduce interaction with the conduction system. According to the company, the study results show that the technique led to more predictability and control resulting in a single-digit pacemaker implantation rate (9.2%), a low 30-day mortality rate (0.8%), median length of hospital stay of one day, and upon discharge, no cases of moderate or severe paravalvular leak (PVL). The study found that 78% of patients had either no PVL or trace PVL. Investigators also noted that the lowest pacemaker implantation rates were observed when all steps of the cusp overlap technique were followed.

"The results demonstrate significant improvement for TAVR with the Evolut valve, some of the best results in an Evolut trial we have ever seen in a trial," said Kendra Grubb, MD, surgical director of the Structural Heart and Valve Center at Emory University in Atlanta, GA, and co-principal investigator in the Optimize PRO study who presented the data at the meeting. “Adopting the cusp overlap technique and clinical pathways resulted in single-digit pacemaker rates out to 30 days, next-day discharge in the majority of the patients, and remarkably low rates of paravalvular leak.”

The Optimize PRO study uses a TAVR care pathway to evaluate common practices and shared experiences such as conscious sedation and early mobilization. A conduction disturbance pathway evaluates efficiencies and heart team considerations for monitoring and managing patients with conduction disturbance who might be considered for a pacemaker after TAVR.

The current interim analysis includes 400 main cohort patients and 104 roll-in patients at up to 46 sites in the United States and Canada. The primary endpoint includes the rate of all-cause mortality or all-stroke at 30 days with secondary endpoints of discharge time, percent of patients with more than moderate aortic regurgitation, and the rate of pacemaker implant for new-onset or worsening conduction disturbance at 30 days. The study will also evaluate rehospitalization rates and discharge time at 30 days and one year.

“We are committed to improving the TAVR care pathway with simple and repeatable techniques that implanting centers can use to help improve procedure efficiencies and success,” said Neil Yanke, vice president and general manager of Medtronic's structural heart business. 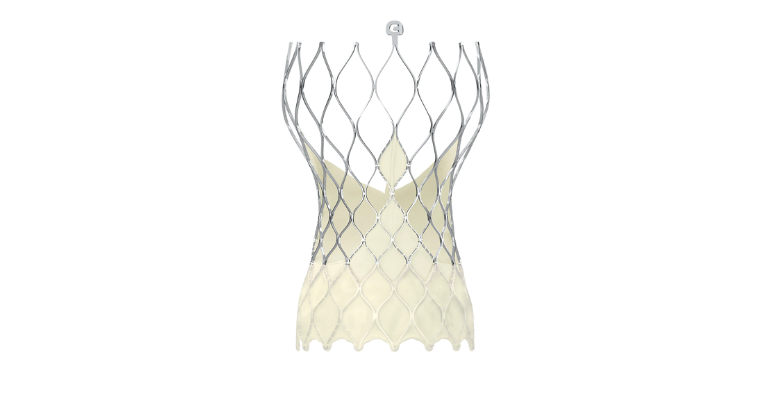 Yanke noted that the findings presented at EuroPCR, coupled with TAVR data presented at the American College of Cardiology earlier this year help to further establish the clinical evidence physicians need to make the best decisions for their patients. The data presented at ACC showed the CoreValve and Evolut valve being the only TAVR platform to out-perform surgery in valve durability at five years.