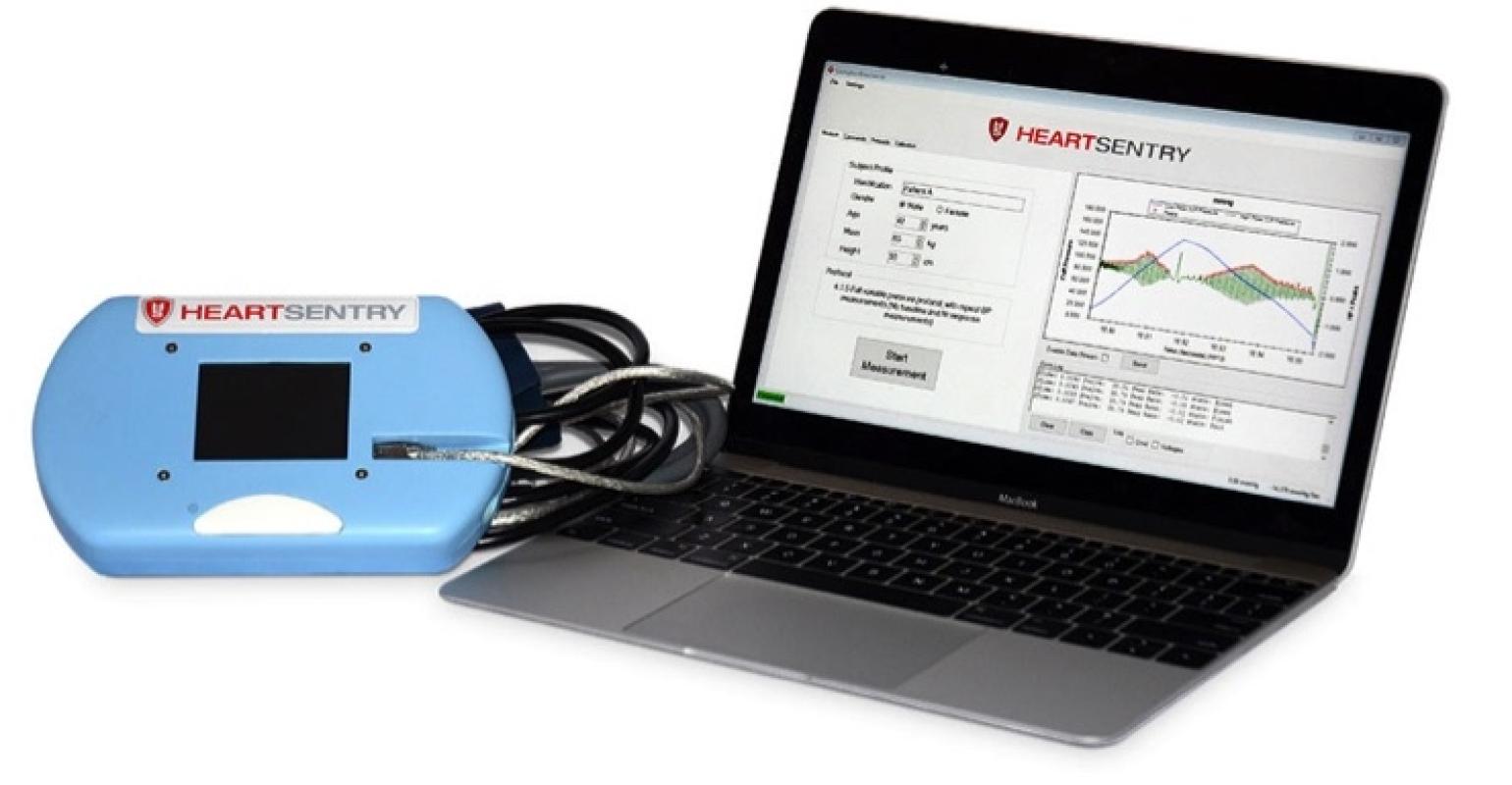 The HeartSentry, the version of the device marketed by Lexington Biosciences. The company's license for the device terminated in 2020. (Credit Lawrence Berkeley National Lab)
A researcher and inventor sees potential for an easy-to-use medical device for monitoring endothelium health, which may play a role in cardiovascular disease.

Lawrence Berkeley National Laboratory is making a new version of a convenient cuff-based device a lab researcher designed available to the market to help in the effort to diagnose preclinical cardiovascular disease.

Its inventor said the recent acceptance of nearly ubiquitous telemedicine during the COVID-19 pandemic, and cardiovascular complications caused by the disease, might provide favorable momentum for the device, which languished under a former licensee of the technology.

“COVID-19 affects the endothelium, and there is a lot of interest from that perspective—the vulnerability of the endothelium, which leads to cardiovascular disease, is something really endemic,” device inventor Jonathan Maltz, a lab bioscience area researcher, said.

Even prior to the pandemic, however, Maltz thought there was potential for an easy-to-use machine that would help monitor the health of people’s endothelium and cardiovascular system without having to resort to the cost and minute measurement procedures mandated by ultrasound flow mediated dilation (uFMD), a method employed in numerous clinical research labs. He and colleague Thomas Budinger began working on measuring endothelial function in the early 2000s with a device featuring an ultrasound probe and actuator that resembled uFMD devices; by 2015, Maltz was developing the cuff-based device, a modified blood pressure cuff, that his research demonstrated was significantly more sensitive, cheaper, and user friendly.

The technology, originally called the Engevity Cuff, was licensed by Vancouver, B.C.-based Lexington Biosciences, which dubbed it the HeartSentry, but Lexington was unable to get sufficient funding to advance the device and its license was terminated in February 2020. Maltz said the device itself has not been altered since the lab regained the license, but the algorithms have been modified to calibrate with uFMD measurements, and the lab is once again seeking a licensee. 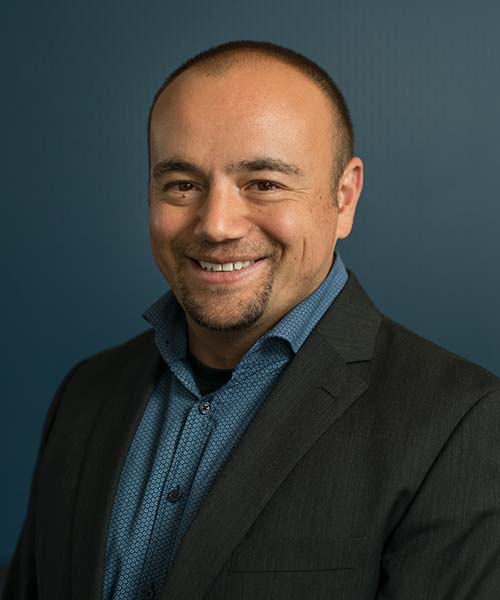 Ultimately, Maltz thinks the largest market for such a device is in at-home use, though the most likely short-term market would be in clinical trials—for example, he said “drug companies may want to use it in informal studies—if they have a secondary endpoint for a cholesterol drug or blood pressure drug that also improves endothelial function, they can get additional indications or additional reasons why it outperforms existing drugs.”

In fact, one of the two existing FDA-approved endothelial function measurement devices on the market, Caesarea, Israel-based Itamar Medical’s EndoPAT2000, has been used by AstraZeneca and what its CEO, Gilad Glick, called a “strong base of customers” in pharmaceutical trials (the other device is the VENDYS system developed by Houston-based Endothelix). However, Glick said in the company’s second quarter 2020 conference call that he did not consider it a primary growth driver for the company.

“It’s not something we expect to drive growth, but it’s a stable part of our business,” Glick told analysts on the call. “It’s very profitable. Roughly $1.5 million to $2 million a year coming from pharma trials we expect to continue, but not as a growth driver.”

Itamar continues to develop EndoPAT devices for the clinical market, though, according to co-founder Koby Sheffy, its new device, the EndoPATX, recently received marketing approval in Europe and is currently being evaluated by FDA.

The primary difference between the Berkeley lab technology and the Itamar and Endothelix devices is where endothelial function is measured. Maltz's device uses the brachial artery while the other two measure peripheral resistance in the hand and fingers, where Maltz said the measurements are more sensitive to the confounding factors of temperature and reactions of the nervous system (Maltz expanded on those confounding factors in a 2015 paper detailing the cuff-based device, published in Physiological Measurement).

Itamar’s Sheffy said the company will not try to compete in the consumer market Maltz is ultimately looking at.

“I personally don't think it can be used there reliably,” he said. “Endothelial function is a very sensitive measurement that changes acutely by environmental conditions and the way the test is being performed. It should be therefore be done in a stable clinical setting by a competent technician. Otherwise you get just so much ‘clinical noise’.”

Maltz, however, said the precise measurement of arterial dimensions can be secondary to the function the cuff measures.

“The classical method they use in research studies is ultrasound image of the artery to see if it increases,” he said. “But if it’s 3 millimeters and it increases to 3.3 millimeters, that is a very small amount to measure. So the standard method has a lot of variability, and the measurement method has to be standardized very vigorously—and we don’t need to do that with these methods.

“The dilation is a small symptom of the fact the wall relaxed. The real thing that changes the dilation of the vessel is the relaxation of the smooth muscle around the artery. That shows up with great sensitivity in these methods, if you look at the mechanical properties rather than just the dimension.”

‘Anything in Prevention is a Challenge’

Maltz said the principles that led him to consider his approach the most accurate also hold true for the likelihood of fitness tracker developers introducing an endothelial function measurement in their devices.

“With microcirculation, you might be able to make this more easily wearable, but the problem with microcirculation is that generally, the pathology of atherosclerosis is a large artery pathology, and the brachial and coronary arteries are very similar in terms of their reaction,” he said. “That’s been proven. There’s something to be said for the possibility of looking at microcirculation, but nothing there is proven. And the closer you get to microcirculation, the more sensitive you get to hot and cold. Emotional reactions also change blood flow. If you use arteries, the response doesn’t jump all over the place.”

He estimated a commercially available device could be ready in a year.

“That’s accelerated because there are devices to work with today. If we wanted to start a study today we could renew the IRB approval and start the studies with the device. We have basically talked to the FDA about what would be required. So we have a good handle on a 510(k) for this. We have a protocol, we have devices. It’s a matter of lining up a partner to do the evaluation.”

He acknowledges, though, that even in a market that accepts profound ambiguity in the recognized indicators of early-stage cardiovascular disease, such as cholesterol levels and coronary calcium scores, introducing a device that measures yet another parameter could present challenges.

“One of the barriers is how do you interpret readings—do you go to your doctor and say ‘What is this measurement?’ There’s obviously market making and education involved here, because this is something new. Many blood pressure device manufacturers produce a very large volume device and they don’t have to think very much about making markets. It’s a challenge. Anything in prevention is a challenge. There are reimbursement issues. There are education issues. It requires a bit of work.”