Zimmer Biomet Just Bought LDR for $1B But Are Spine Integrations Easy? 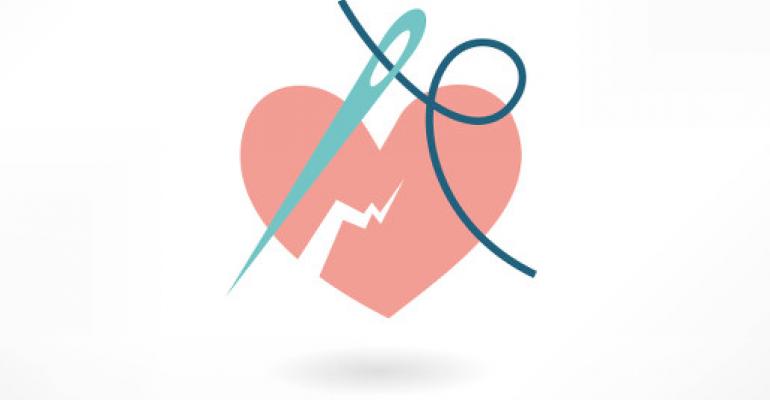 The Indiana company is buying LDR Holdings to boost its spine business, but it and other medtech companies have historically found spine integrations messy, if not a total failure.

The Indiana company is buying LDR Holdings to boost its spine business, but it and other medtech companies have historically found spine integrations messy, if not a total failure.

Another day, another medtech mega merger.

Orthopedics giant Zimmer Biomet announced Tuesday that is buying France and Austin, Texas-based LDR Holding for $1 billion in cash. The acquisition makes the Warsaw, IN, company a bigger player in the spine market, a fact that CEO David Dvorak highlighted in the news release. But the question that will need to be answered down the road, is how easily can a spine company be integrated into a broader portfolio.

"This highly strategic and complementary transaction will enhance Zimmer Biomet's innovation leadership in musculoskeletal healthcare by adding a premier spine platform to our portfolio of solutions," said David Dvorak, President and CEO of Zimmer Biomet, in a statement. "We are confident that the combination of Zimmer Biomet's Spine division and LDR will create a Spine company with the scale, talent and technology portfolio to become a leader in the $10 billion global Spine market."

The company makes the Mobi-C cervical disc, which is the first and only device that FDA has approved to treat both one- and two-level damaged cervical discs that are adjacent to one another. That is noteworthy but LDR executives themselves acknowledge that winning reimbursement for this novel device has been an uphill climb.

An analyst agreed that the purchase is a positive move for Zimmer noting that there is no significant product overlap, something that made the Zimmer have to jump through regulatory hoops with respect to its acquisition of Biomet.

"Our quick 'first take' on the deal is largely positive: the [LDR Holding] acquisition immediately provides [Zimmer] with a unique and non-overlapping portfolio of 'faster-than-Spine-market' growth assets," wrote Rick Wise, an analyst with Stifel, in a research note Tuesday.

Yet, Wise sounded a note of caution as well.

"...When assessing the merits of this transaction, one has to reflect a long history of challenging spine industry integrations and meaningful resulting dis-synergies," he wrote.

As examples of difficult spine integration, Wise pointed to Zimmer's purchase of Abbot's spine business and Johnson & Johnson's purchase of . Back in 2008, Zimmer bought Abbott Spine for about $360 million in cash. Five years later, the business, which was based in Austin was consolidated to Zimmer's spine business in Minneapolis and Memphis, and a handful of employees were given the opportunity to relocate to the Twin Cities. The company was "streamlining its business" apparently. At the time Zimmer Spine was steadily losing market share.

As Wise noted, Johnson & Johnson's Synthes acquisition for $21.3 billion, announced in 2011, was no walk in the park either. Integration charges piled up, and a quick web search reveals how one of the major challenges that greeted Alex Gorsky, who became J&J CEO in April 2012 was integrating that Swiss company into its DePuy business.

Another large company continues to struggle with its spine business and it too made a large bet on a technology and company that has was bought with great fanfare. Medtronic bought Kyphon back in 2007 for about $4 billion but after that business never contributed much, the company sold its patents to a patent assertion entity in 2013.

Yes you heard that right, a patent assertion entity also known as patent trolls that do not make anything but acquire patents to monetize them by shaking down other companies.

Back to Zimmer, it will be interesting to see that having bought a spine business in Austin and then shuttering that facility, whether this time around the city will prove luckier for their spine business.