Why We Must Apply Lean Startup Principles to Medical Devices 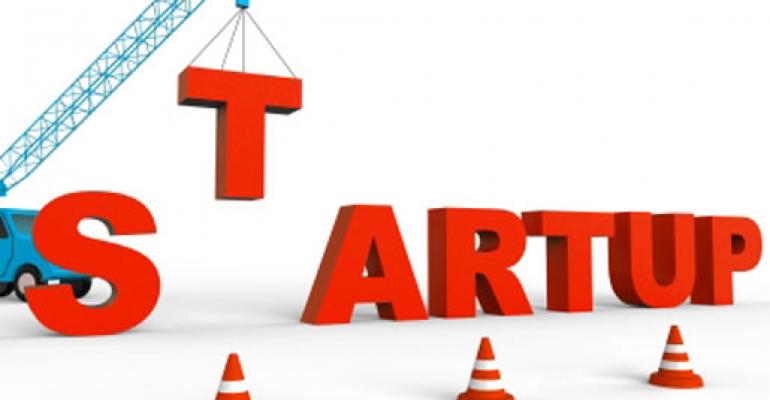 A medtech entrepreneur explains why more medical device startups need to be run lean and the lessons he learned building a lean device company.

A medtech entrepreneur explains why more medical device startups need to be run lean and the lessons he learned building a lean device company.

Tech startups have built a whole culture--practically a religion--around running lean and producing high-quality products with minimal capital expenditures. Medtech startups, on the other hand, tend to take on large amounts of investment early on, often before they know their market or what products will best serve that market.

Of course, information technology and medicine are two different realms, with specific requirements and limitations. However, there's a lot that medical device companies in particular can learn from tech startups when it comes to running lean and mean. Capital efficiency isn't just a good idea for medical device startups--it's the key to survival and success in today's market.

Now, when I talk about capital efficiency--about running a lean startup--I don't necessarily mean doing everything on the cheap. It's not about subsisting on ramen or working out of someone's garage. The goal isn't to spend as little money as possible, but rather to spend money as intelligently as possible. In other words, it's about being hypothesis-driven.

In the world of medical devices, it's often assumed that to test your hypotheses, you need to pump a ton of cash into large-scale clinical trials that focus on a single product or outcome early on. In reality, you're more likely to build a successful business if you test your hypotheses on a smaller scale before taking on major funding or conducting multi-center clinical trials. Otherwise, if your initial hypotheses prove to be incorrect (which is often the case), you're out a ton of money and sometimes back to square one.

When we started our medical device company, Allurion, we ran it like a lean startup for two reasons: one, we had to, and two, we wanted to.

We had to because venture investors in our space typically look for a few specific traits when they decide whether to invest in a medical device startup, among them:

We understood why they valued these traits, but we simply didn't believe they were the right ingredients for our success.

We had watched other medical device startups with several or all of these traits struggle. In our view, these companies often took on too much funding too early, spending it on extensive clinical trials, huge teams, and high-end offices. All of this long before they had validated their ideas with the market. In our view, the most important thing at the beginning was to distill an unmet need down to a pain point felt by multiple stakeholders in the healthcare system.

We didn't have the luxury of unlimited cash--but we also didn't want it. My team is a team of outsiders. None of our partners had run a medical device startup before. Three of us have medical degrees and the fourth has a finance background. But, while VCs expected this to put us at a disadvantage, we saw it as a distinct advantage.

We wanted to deliberately approach the problem we identified (obesity) with humility and without preconceived notions. Now, with promising clinical data and devices in the wild, people give us far less side-eye. They're less likely to ask, "Are you crazy?" and more likely to ask: "How did you accomplish this?"

Here are four things my team and I have learned about how to apply the lean startup approach to medical devices:

As Dr. Theodore Woodward put it, "When you hear hoofbeats, think of horses, not zebras." This analogy is generally applied to an outlandish medical diagnosis given in lieu of a more obvious one. But it also applies to medical device (and other healthcare) startups who are trying to decide what problem to tackle.

There is so much low-hanging fruit in healthcare today that there's really no need to focus on zebras. Instead, entrepreneurs should focus on disease indications that affect large swaths of people. Yes, there's an ethical argument in favor of this thinking, but there's also a lean startup argument. If you address common problems and look for solutions that are logical (not outlandish), you're much more likely to be successful in the market.

Take One Risk Off the Table

In medical devices, there are two major gambles with any new product:

To build a capital efficient enterprise, you need to take at least one of these risks off the table. Otherwise, the capital requirements to mitigate both risks can be astronomical. In our case, the science risk was off the table because there were already weight-loss balloons in the market. The basic principle worked; we just wanted to improve the technology. We also significantly reduced market risk by going after a problem (obesity) that affects a large population.

Taking the science risk off the table can mean looking at what other people have done before you and building on their success (or failure) with a similar but better, faster, or more effective solution to the problem. It can also mean combining old approaches in a novel way. Bottom line: There is no need to start from square one.

Let Your Customers Guide You

When it comes to medical devices, the research process often involves engineers and doctors, leaving consumers out of the equation. Why not talk directly to the people who will use the devices? They know better than anyone what they want and need, and if you design for them, you're far more likely to succeed.

In the world of tech startups, letting customers guide you often involves releasing a minimum viable product. When it comes to medical devices, the threshold for viability (in terms of safety) is higher. But once you have a product that meets it, get it out there and start collecting feedback. Openness and collaboration will help you get to the right solution faster.

For example, when we decided to address the obesity market via an improved stomach balloon, we went directly to consumers to ask them what they wanted. They told us they wanted to avoid any procedures whatsoever, including endoscopy, surgery, and anesthesia. They preferred to see a primary care or other doctor they already had a trusting relationship with, rather than a random specialist. And they wanted the devices to be reasonably priced. So even though we were first-time medtech entrepreneurs with no engineering background, we knew that if we built a balloon that ticked those boxes, we would have a captive market.

Related to the point above, it's vital to collect data before you make decisions. Smart tech startups do this, but in healthcare, when you're dealing with real people's lives, it's an even higher-stakes game. Focusing on the data will help both your company and your customers.

Now, this can be a little tricky when it comes to medical devices. You do need to do clinical studies; there's no question about that. But you don't have to do a massive clinical trial right out of the gate. In many cases, it's a good idea to get as much experience as possible with your device in the field first, whether that means sequential, iterative, and small-scale trials in the U.S. or testing the product abroad, where time to approval may be shorter.

We decided early on that we did not want to sponsor huge clinical trials before getting our product into the hands (err . . . stomachs) of our end-users. We already knew that the basic technology was safe and effective, so we wanted to learn from our customers in the field and test hypotheses iteratively before we moved on to a definitive and expensive pivotal trial.

Patience is a Virtue

The approach outlined above is how I would recommend any medical device startup go about building and sustaining a business today. The trade-off, as you may have surmised, is time. It may take longer to get your product to market, and require extra patience on the part of your team and your investors. But in many cases (including ours) it can actually be a shorter route to market--and regardless of when you get there, you're far more likely to have a product on your hands that (as they say in Silicon Valley) delights your customers. Putting a device out into the market that serves a real and large unmet need and also makes money is what we call a true win-win.

Dr. Shantanu Gaur cofounded Allurion, where he is now the chief scientific officer. Allurion has developed a procedureless gastric balloon for weight loss.