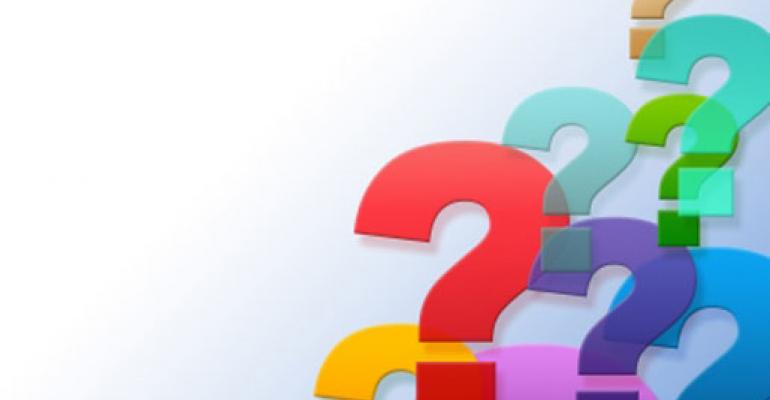 What is in store for the Affordable Care Act, the medical device tax, FDA, and CMS under the incoming Trump administration?

Donald Trump has won the U.S. presidency. Now what?

What will Trump's presidency mean for medtech? One analyst views it as a minor positive for the medical device industry.

Larry Biegelsen, senior analyst at Wells Fargo, wrote in a post-election research note that Trump's win makes repeal of the medical device tax more likely, could be a boon for business-friendly corporate tax reform and repatriation of foreign cash, and could mean industry-friendly leadership at FDA and CMS. Though Biegelsen acknowledged the possibility that fewer people might be insured if the Affordable Care Act is eliminated and that there is a "good deal of uncertainty," he wrote that "we see the election results as a slight positive for the industry at this point."

Shaye Mandle, president and CEO of the Medical Alley Association, a Minnesota-based health technology industry organization, told MD+DI that the device industry and healthcare overall is "certainly now anticipating more change than we would have anticipated if Secretary Clinton had been elected." That includes potential elimination or changes to the ACA--dependent on what Congress will agree on--the possibility for impacts on the employer and individual mandates as well as the insurance exchanges, and the effect on healthcare's move toward value-based care.

Pointing to key issues like regulation, the ACA, and the 21st Century Cures legislation, Mandle noted that the device industry is eager to "forge a new partnership" with FDA.

Scott Whitaker, AdvaMed president and CEO, said in a statement,

"AdvaMed congratulates Donald J. Trump on being elected the 45th President of the United States. In the coming year, policymakers will be dealing with a number of important policy issues, including authorization of the latest Medical Device User Fee agreement to continue improving the FDA regulatory process, repeal of the medical device tax, and ensuring that the coverage process allows patient access to the latest innovations. These have been and will always be bipartisan issues. The medical technology community stands ready to work with President Trump, his Administration, and the new Congress on pro-innovation policy solutions to address the health care challenges facing the country and to ensure all Americans have timely access to the latest medical technologies, devices, and diagnostics."

Mark Leahey, president and CEO of the Medical Device Manufacturers Association (MDMA) echoed many of the same sentiments. "We look forward to working with President-elect Trump, the new Congress and all policy makers to confront the obstacles standing in the way of innovation," he said in a statement. "We have had a strong tradition of broad, bipartisan support to advance issues important to the med tech community such as suspension of the device tax, reauthorization of MDUFA, protecting intellectual property rights and more, and we hope this will continue."

There are many ifs to consider.

The President-elect had been vocal on his intent to scrap the ACA and with a Republican-controlled Congress, a repeal is seen as a real possibility.

Representative Chris Collins (R-NY) reportedly told CNN after the election that repealing the ACA is "our top priority" for the presidency's early days. But Biegelsen cited a political consultant who thinks "it will be difficult politically" to strip ACA-covered people of their insurance.

Biegelsen also pointed out that Republican legislators are not likely to agree on what changes to make to ACA and that the still meaningful contingent of Democrats in the Senate will require some political maneuvering. "The process of putting together this legislation will require substantial coordination among House and Senate Republicans and the incoming Trump Administration," he wrote. "Thus, meaningful action on these issues may be delayed to the second quarter of 2017."

The complexity of a full-scale ACA repeal may be a plus for the medical device industry, because just as its implementation was seen as a positive for procedure volumes, a cut in the number of insured people might potentially hurt volumes.

Repealing the medical device tax, widely viewed as a bipartisan issue with strong support from key medtech states, is considered even more likely under Trump and the Republican-controlled Congress too. But such a repeal might not be immediate either, Biegelsen wrote: "Full repeal of the device tax may have to wait until the larger issues around the ACA, the tax code and infrastructure spending can be negotiated."

Another angle to consider is whether the Trump presidency will impact the environment for medtech startups and innovation. Medtech Alley Association's Mandle said, "If the path forward with healthcare and access become clearer, then I think you will see the opportunity to be once again reinvesting more dollars in therapeutic innovation."

Under Trump, healthcare is expected to hew more closely to other types of retail industries, according to a PwC Health Research Institute report. The authors wrote that this could be a plus for companies that are focused on consumer-type products and that "new entrants may find easier paths to break into the highly regulated areas, especially around medical devices and new therapeutics." On the flip side, easier entry into these markets could hurt current large players, the authors added.

What will FDA and CMS look like with Trump in office? His inauguration is expected to usher in new leadership at both agencies, but just who that leadership will be is unclear. Biegelsen pointed out that if the agencies are led by people who represent traditional Republican policies, it would be a positive for the medical device industry. Whether that will happen is an unknown for now and "it is possible, but not certain, that Trump would install leaders at HHS, CMS, and FDA who could attempt to take policy at these agencies in unpredictable directions," he wrote, adding that CMS could also play a role in ACA's future.

So what now? Only one thing's for sure today--that no one is really sure yet. "This uncertainty--if not addressed early in [Trump's] tenure--could frustrate industry players, new and established. They will likely be looking for clear direction on how they should proceed," the PwC report authors wrote. "This uncertainty could stall efforts to shift to value-based payment models."