By Yair Holtzman, Gleb Gorkhover, and Michael Ganz To maintain its position as the worldwide leader in medtech innovation, the U.S. medical device industry must overcome weaknesses including an innovation plateau, the medical device tax, a tough regulatory environment, inferior government subsidies for research and development, and a lack of venture capital for startups. 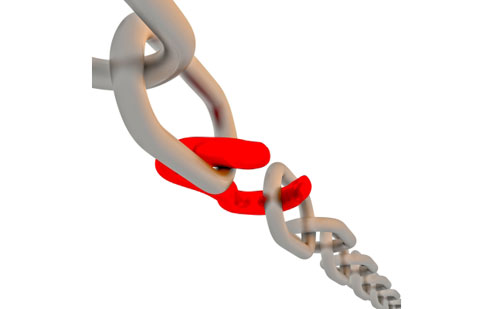 To maintain its position as the worldwide leader in medtech innovation, the U.S. medical device industry must overcome weaknesses including an innovation plateau, the medical device tax, a tough regulatory environment, inferior government subsidies for research and development, and a lack of venture capital for startups.

A major reason for slowing growth in the medtech industry has been a gradual shift from risky blue-sky research to more evolutionary research. Large, established corporations, especially, have turned to more predictable research with a more easily measured return on investment. Unfortunately, low-risk or incremental improvements in medical device products do not justify price increases in the eyes of payers.

In contrast, smaller companies outside the United States can accept a larger magnitude of risk due to their more nimble nature and less burdensome regulatory environment, which could lead to greater innovation.

The medical device sector has been negatively impacted by a 2.3% excise tax on sales of medical devices in United States implemented in 2013. According to a February 2014 status report from AdvaMed, as many as 165,000 U.S. jobs have been lost due to the tax, and nearly one-third of respondents to a survey by the trade group said they had reduced R&D investment because of the tax.

The device tax also places U.S. companies at a disadvantage against foreign competitors by raising the U.S. companies’ effective tax rate. Furthermore, it often forces U.S. companies to lower the price of their products in order to remain competitive in the global marketplace. Additionally, the higher tax rate reduces companies’ resources for capital investments, R&D, clinical trials, manufacturing improvements, and investments in startups.

Increased regulatory scrutiny by FDA has lead to increased costs for development of new products. For example, U.S. regulations such as unique device identification, which went into effect in September 2013, add to the growing cost of compliance for companies looking to do business in the United States.

U.S. medical device manufacturers should also be concerned about foreign regulations, particularly in China, which is pursuing policies that favor domestic manufacturers. This may force U.S. medical device manufacturers that want to sell in China to manufacture there. This creates a predicament because companies will need to rely on China’s intellectual property laws and enforcement, which have been major concerns to date. In addition, companies will have to carefully scrutinize and evaluate new Chinese business partners.

Foreign regulations are also an issue in the EU, where new laws will soon replace the EU’s Medical Device Directives. Areas of concern for medtech companies in the proposed legislation include enhanced competence requirements for notified bodies, approaches toward clinical evaluations, and the definition of single-use devices. While there is still ambiguity as to when the final version of the legislation will go into effect and what it will look like, companies will eventually have to comply with the new regulations.

The R&D tax credit has been vital to sustaining U.S. innovation, but the temporary credit has often been allowed to lapse since its enactment in 1981. Without permanent status, businesses can’t fully rely on the R&D tax credit in financial budgeting and forecasting. A permanent credit would give companies the confidence to invest in R&D, knowing that a certain amount of their expenses would be offset come tax time.

The U.S. R&D tax credit is also inferior to others around the globe. The United States currently ranks 22nd in the world for federal R&D tax subsidies, with countries in Europe, Asia, and South America providing greater incentives for businesses to move there.

Venture capital firms allocated just 7% of their funding to healthcare in 2013, down from 13% in 2009. Due to long times to market and stringent FDA regulations, early-stage companies have had an especially hard time attracting venture capital. Angel investors have stepped in to provide essential capital to startup medtech companies, but more funding is needed to keep the industry’s innovation pipeline flowing.