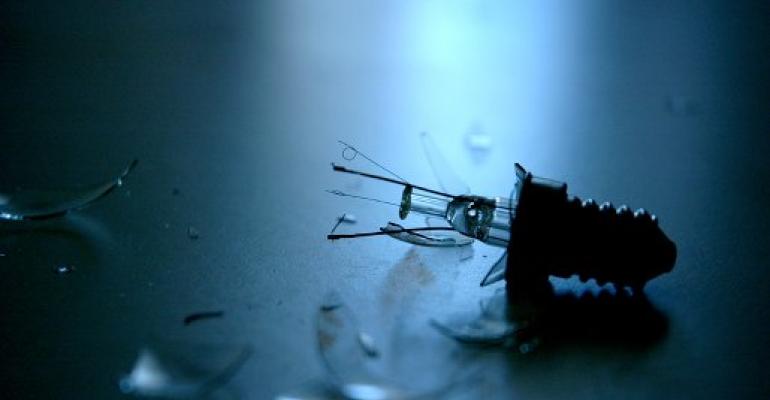 In addition to driving up healthcare costs, the third-party payer system in the United States is detrimental to medical innovation.

In addition to driving up healthcare costs, the third-party payer system in the United States is detrimental to medical innovation.

The way healthcare in the United States is delivered, including what goods and services get paid for, is undergoing unprecedented change thanks to factors ranging from the Affordable Care Act to provider consolidation. But one thing that hasn’t changed much and isn’t likely to anytime soon is who pays for our healthcare. Unless voters elect Bernie Sanders—the only 2016 presidential candidate advocating a single-payer national healthcare system—to the White House come November, the third-party payer system is probably here to stay.

Critics argue that this model is responsible for giving the United States the dubious distinction of having some of the highest healthcare costs in the world. In fact, the United States spent more per capita on healthcare—$9086—in 2013 than 12 other high-income countries, including France, Switzerland, Germany, Australia, and Canada, according to a report from the Commonwealth Fund. Yet despite throwing all that money around, we also have the lowest life expectancy and some of the worst health outcomes among the other relatively wealthy nations studied.

I would argue that the third-party payer system also hurts Americans in another way: It’s holding back medtech innovation.

At the MD&M West conference in Anaheim, CA, last month, Betsy Gross, vice president of healthcare economics and reimbursement at Intersect ENT, shared a hypothetical story about an imaginary tympanostomy device to illustrate why medical device developers should consider their reimbursement strategy early on. But to me, her tale also underscores how the healthcare payment model in the United States is detrimental to innovation.

Gross asked the audience to imagine a medical device that would allow the common procedure of placing tubes in children’s ears to move from the hospital operating room to a physician’s office and eliminate the need for the patient to undergo general anesthesia. Sounds like a winner, right?

Not so fast. As Gross explained, a device like this probably wouldn’t hold up when exposed to the realities of our third-party payer system.

Because payers dole out a fixed sum for tympanostomies, providers have gotten good at maximizing throughput. Thus, moving the procedure to the physician’s office would cut off an important revenue stream for hospitals. Not putting patients under could also make the procedure take longer, which would lower the hourly rate providers receive for their work. Finally, payers have already negotiated the rate paid to hospitals for tympanostomies so low that it’s unlikely the payment to a physician’s office would be much less. As a result, Gross said, such a device would likely fail to catch on.

Is it just me, or is that madness? A device that’s better for patients than the current standard of care could never see the light of day simply because it doesn’t play nice with our convoluted reimbursement model.

While Gross’s example was make-believe, another speaker explained how this is playing out in real life.

Utah-based startup Owlet Baby Care has created a pulse oximetry system to alert parents if their baby stops breathing. Although Sean Kerman, Owlet’s vice president of clinical strategy, said the company has received feedback from nurses who say its device is easier to use than some of the equipment they have access to in the neonatal intensive care unit, Owlet is initially marketing the device only as a health and wellness product sold directly to consumers. That decision was made partly because going through FDA would have lengthened the development cycle, but also because Owlet wanted to ensure parents could get access to its product.

“. . . You run the risk that some people won’t have [the device] covered by insurance, and they won’t be able to purchase it because it’s behind some kind of Rx channel,” Kerman said.

He admitted that Owlet is pursuing a reimbursement strategy, but his comment begs the question: How many medical innovations are we missing out on because of our messed up reimbursement model?

It's enough to make you feel the Bern.

Jamie Hartford is MD+DI's editor-in-chief. Reach her at [email protected] or on Twitter @MedtechJamie.

[image courtesy of THE CREATIVE COMMON LICENSE AT WIKIMEDIA COMMONS]