Spending 17 Cents of Every Dollar: U.S Healthcare Vs. The World [Infographic]

The online masters in public health program at George Washington University ([email protected]) has created an infographic using data from the World Health Organization (WHO)'s World Health Statistics 2013 report. The infographic examines how the United States's healthcare system compares with 16 other nations. Click the image to view the full infographic.

According to the data, the United States leads in healthcare expenditure - spending over 2.5 times more per person than other developed nations. The WHO estimates that the United States spends roughly 17 cents of every dollar on healthcare. The WHO contributes this high expenditure to the degree of control that private insurers have over rates. It goes on to suggest that the United States could save money by adopting measures used by countries such as France and Japan including improved information and communcation technology that could help reduce wasteful administrative costs. 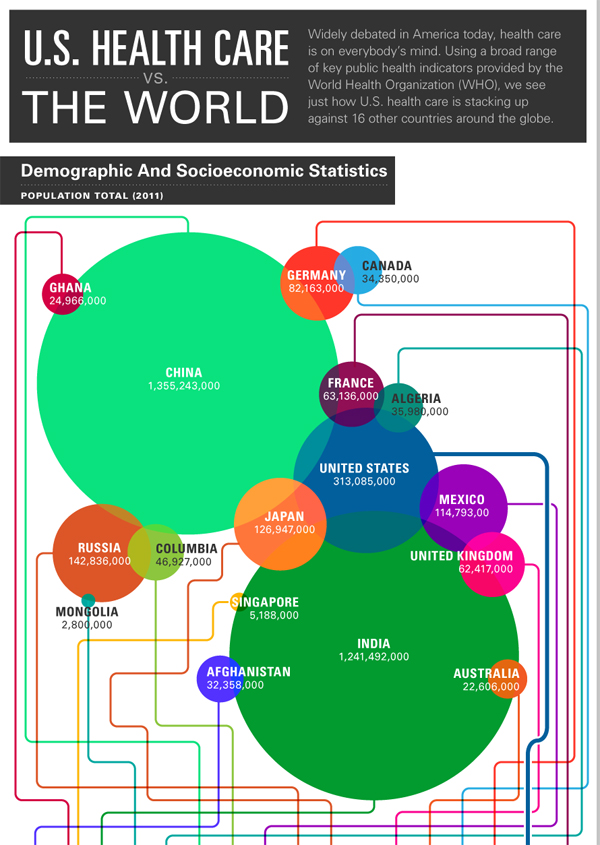