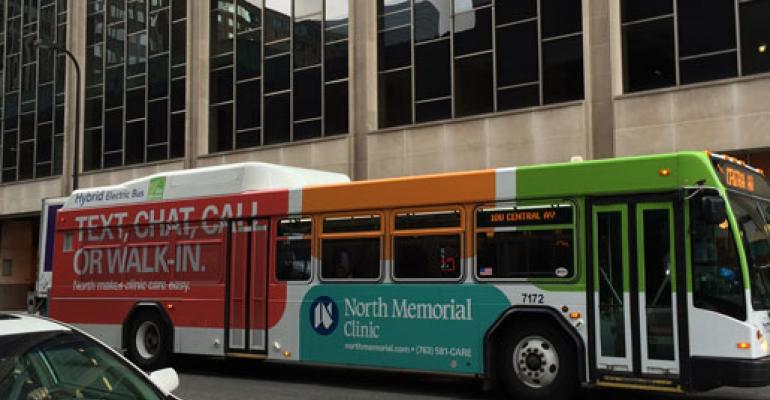 Executives from a healthcare system and a major payer say they move quickly for the right health technology offerings and are open to risk-sharing relationships. 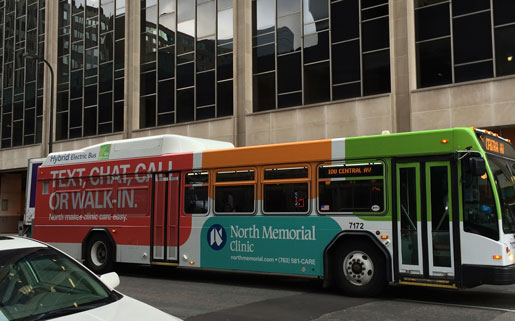 Text, Chat, Call . . . Advertising on the side of a bus for North Memorial's secure messaging platform for patients.

While some medical device manufacturers may sometimes feel customers don't adopt their products quickly enough, healthcare executives say that from their perspective, that's not true. To support that claim, they gave examples of recent instances where their organizations adopted new health technology rapidly.

Speaking this week at the MD&M Minneapolis conference, Brett Edelson, vice president of Medicaid Product at United Healthcare, pointed to United Healthcare's recently partnered with startup Healthify to develop a database of community organization that can offer social services.

"In the past we would have our care coordinators literally calling organization after organization to see if they had capacity, see if they are local, and see if they're able to address the need. What Healthify did was, you type in two things—the need and the zip code—and it gives you the organizations that today can serve that person. And it's a much easier care to coordinate . . . "

United Healthcare rapidly adopted the technology across 24 states for its Medicaid population because "It was easy to use, it solved a need, and it was better than the alternative," Edelson said.

Fellow panelist Kelly Macken-Marble, president of population health and ambulatory services at North Memorial Health Care, echoed Edelson's eagerness to quickly use the right technologies. She said that North Memorial has invested in patient engagement tools to improve patient care. "It's a call center platform . . . it allows us to interact with patients in a way they want to be interacted with." Use of the health system's secure texting capability has increased significantly, Macken-Marble noted. "If they want to text to schedule an appointment, they can. If they're on the computer or an iPad and they want to go Web chat with a nurse or a scheduler, they can do that. If they just want to walk in, they can do that, or they can pick up the phone as well."

It does take evidence to convince these executives, though. Both Edelson and Macken-Marble said their organizations were able to rapidly scale up adoption of a new health technology once there was proof that it had a benefit to their target population or a subset of that population.

Edelson said that after United Healthcare tested out the Healthify technology in one market for four months and saw impressive improvements in time needed to connect patients with these services and more patient use of the services, they expanded adoption to all of the payer's Medicaid markets. "Once we see that glimmer of evidence on our population, we very quickly scale," he said.

Both executives said that they are open to risk-sharing models too. Macken-Marble said that from a provider perspective, there is great interest in more risk-sharing models. Edelson said that in his experience, risk-sharing opportunities "are being entertained" specific to the technology. "I think what's become more and more common, especially with smaller organizations, is how you can potentially share in upside together . . ." he said.