Philips CEO: We Want to Be Where the Action Is 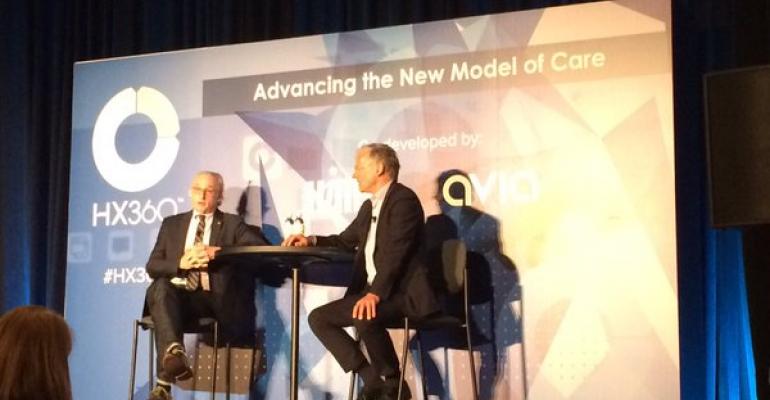 As Philips doubles down on healthcare, CEO Frans van Houten says the company isn’t afraid to get down in the weeds with its customers.

As Philips doubles down on healthcare, CEO Frans van Houten says the company isn’t afraid to get down in the weeds with its customers.

Royal Philips has had its hand in many different pots over its 120-plus year history. At various times, the conglomerate has been involved in everything from electric razors to television sets to semiconductors. But now CEO Frans van Houten says the Netherlands-based firm wants to make a go as a pure-play healthcare company.

Speaking at the HIMSS16 health information technology conference in Las Vegas, van Houten said once Philips finds a buyer for the lighting business it has been seeking to divest for some time now, it will use the proceeds from that sale to “strengthen our game in health technology.”

“When we look at the world, we see an aging population, more chronic disease, escalating cost—that’s a meaty topic to put our innovation capacity on,” he said.

Philips, which sits at No. 9 on the list of top 100 public medical device companies by revenue, already has a diverse set of offerings in the healthcare space ranging from imaging equipment to respiratory care and patient monitoring products. But van Houten imagines a future in which the company is involved in connecting the dots throughout the entire continuum of care.

“We’d like to think of ourselves as an integrator,” he said.

Indeed, the company has taken steps to earn that title. For example, HealthSuite, the open, cloud-based platform Philips launched earlier this year, integrates and analyzes data from disparate sources such as EMRs, clinical monitoring tools, and personal devices. And just last month, the company launched the IntelliVue Guardian wearable vital-signs monitoring patch, which can be used to keep tabs on patients during hospital stays as well as bridge the gap when they return home.

Like other medtech companies such as Medtronic, Philips is also putting its money where its mouth is by entering into risk-sharing contracts with customers. Van Houten cited one such agreement with a hospital in Stockholm that uses its imaging equipment.

“Once we were in that contract, the question totally changed from, ‘Oh, Philips, can you supply a CT scanner to can you actually help us redesign the stroke pathway,” van Houten said.

Working with the hospital, Karolinska, the company developed a solution that involves triaging stroke patients in the ambulance and transmitting the data collected directly to the cath lab. Once they arrive at the hospital, the patients can bypass the emergency room, saving critical time that can result in a better outcome.

That kind of involvement might seem a bit too down in the weeds for some device companies, but van Houten sees it as Philips’s new sweet spot.

“I’d like to think of ourselves as a company who is in the last yard of care delivery,” van Houten said. “We partner with doctors nurses and patients, and we’d like to be there where the action is.”