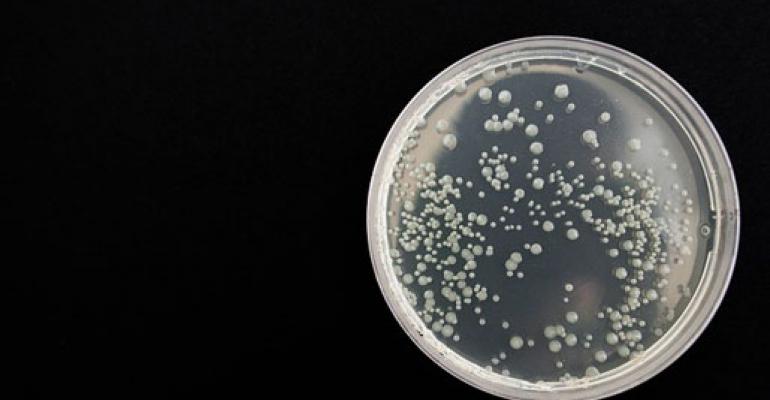 An expert makes an argument for the wider application of medical technologies and greater investment by hospital administrators to prevent the spread of antibiotic-resistant pathogens.

An expert makes an argument for the wider application of medical technologies and greater investment by hospital administrators to prevent the spread of antibiotic-resistant pathogens.

There is now increasing concern that humankind soon will be coping with pathogenic microorganisms in a "post-antibiotic age." Antibiotics are increasingly expensive to develop and often take lengthy amounts of time to be thoroughly vetted for side effects. Yet recent reminders--such as the outbreak of antibiotic-resistant Candida auris infections in New Jersey and New York with over 60% mortality--indicate the urgent need to develop alternative technologies for fighting diseases. Provisions need to be made against the likelihood of outbreak of a major plague.

There are over two million (4% of the hospital patient population) annual cases of hospital acquired infections (HAIs) in the United States, with more than 23,000 deaths each year. Many other patients suffer lengthy, debilitating illnesses. Many of the organisms causing HAIs are also starting to become resistant to antibiotics. What is missing is the realization that the whole environment where patients are most vulnerable must be addressed by hospital administrations. The realization that now many of these HAIs are being generated by "superbugs" means that there is major urgency in convincing hospital administrators, and, soon, nursing home managers that measures need to be taken.

New perspectives on the adoption of public health measures, the application of environmental science observations and lessons, and increased use of existing and new medical devices are all likely to have roles in the development of new major disease fighting technologies.

One major public health measure that can be readily adopted immediately is the installation of pathogen-hostile environments in parts of hospitals where patients have compromised immune systems.

Already the infection control community is realizing that floors, ambient air, furniture, and bedding can provide an environment for disease-causing organisms, including those that are resistant to antibiotics. Specially treated walls, floors, ceilings, and furniture in operating theaters, recovery rooms, and intensive care units can be considered medical devices, increasing the scope for products considered to be of medical utility. Of course, there would still be the need for protective clothing, hand washing, and for antibiotic cleansing and radiation treatments. There are also many products that have been vetted by the CDC and other health care trade and professional organizations that can individually be of assistance.

Two obstacles exist in the adoption of public health measures. The first is that proof of public health measures must be done in an institutional environment. For prevention of HAIs and of the generation of antibiotic-resistant microorganisms, experimental proof that adoption of pathogen-hostile environments will be effective must be done in an institutional setting. So far there have been no hospital systems willing to undertake such a project despite considerable efforts on my part to convince hospital administrations that such measures would most likely be highly effective and that such projects are likely to obtain federal funding.

The second obstacle is that healthcare agencies, including those operating under HHS, have very little power to compel the adoption of public health preventive measures. As excellent as the CDC has been in spearheading efforts to combat SARS and Ebola in foreign lands, it can do little until such an outbreak occurs. It is forced to be reactive and not proactive. While there obviously would be costs to install such environments, it would not be a major expense. Many products are commercially available. Federal funding has been appropriated in previous fiscal years. If necessary, local funding through taxes and bond issues could also be adopted without causing too much stress on taxpayers.

A second area in which medical devices can play a major role is in the use of systems to take advantage of the photosensitivity of microorganisms to encompass their destruction. Specifically, ultraviolet radiation is already used to sterilize hospital areas, but it is generally too active in causing chemical bond scission and too harmful to human tissue to be used directly on or in the human body. A more useful part of the electromagnetic spectrum that can possibly be exploited is the near-infrared region. Absorption of these wavelengths will not cause chemical bond scission but will cause bond vibration with resulting heat buildup. Heat buildup is what the body normally does to fight infections--as is the case with fevers. Near-infrared wavelengths are sometimes absorbed by water, but often these can be transported by lightguides in catheters directly to the affected organs and tissues and thus bypass the water containing tissue that would absorb radiation needed directly by the diseased tissue.

The types of devices that would be of use in addition to the lightguides would be laser wavelength generators and modulation systems as well as sensor materials that would directly absorb the incident wavelengths. Extensive use of the electromagnetic spectrum is already being applied to diagnostic procedures, but the infrastructure and methods of use for therapeutic procedures still need to be developed.

Other techniques that could be used may involve the administration of bacteriophages and the installation of pathogen-hostile microbiome environments in the human body. These techniques are just beginning to be researched and may also require the development of new medical devices. The explosive development in both the types and numbers of nanostructures and architectures can also allow for significant improvements in disease control.

Nine years ago, CMS proposed that there would be no payment to hospitals for the treatment of HAIs. Such a policy was never implemented. It is necessary now that CMS with the participation of other healthcare agencies work with hospitals, perhaps under some form of compulsion, to employ new perspectives to control the incidence and spread of such infections because of the increasing risk that these may be caused by antibiotic-resistant microorganisms.

At the time of writing, the U.S. Senate is considering its own version of healthcare reform. This makes it especially important for the medical device industries and its customers to educate senators not only on the need to adopt new measures for the control of antibiotic-resistant bacteria and other microorganisms, but that the use of antibiotics is literally no longer effective and that new measures must be implemented. It will also require hospital administrations to look beyond maintenance of their existing revenue structure and toward the optimization of patient safety. If adopted, such measures will also result in less cost to the taxpayer through a lower incidence of illnesses.

Jeffrey R. Ellis, PhD, MBA provides market research, technology assessment, and commercial development services to companies and trade associations in the chemicals and plastics industries, as well as to government agencies and universities interested in the commercial development of intellectual property. He can be reached at [email protected].