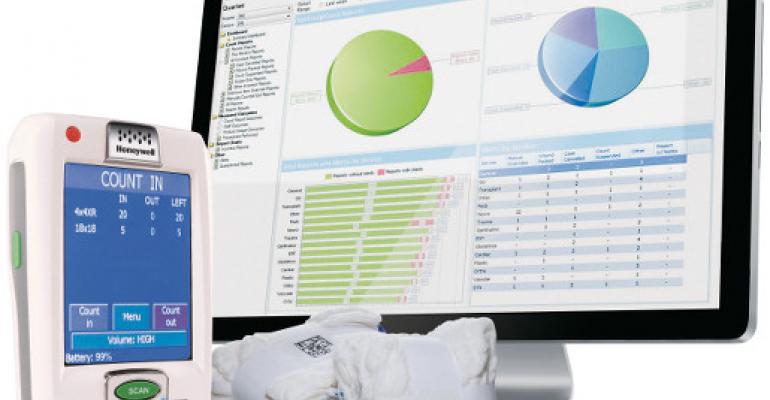 Stryker is giving hospitals up to $5 million and additional refunds if its products aimed at preventing the occurrence of retained surgical sponges during surgery fails.

Stryker is giving hospitals up to $5 million and additional refunds if its products aimed at preventing the occurrence of retained surgical sponges during surgery fails.

For some time now, medtech companies have been heeding the call from providers to assume more financial risk for the products they make.

Medtronic, Johnson & Johnson and St. Jude Medical are all engaged in such kinds of "risky" contracts if you will. Financial details of those, however, are not readily available, although all are aimed at making medtech manufacturers be somewhat accountable for poor outcomes.

In an announcement on Wednesday, orthopedics company Stryker separated itself from this pack of top medtech firm when it actually put some numbers to a new risk-sharing program. The Kalamazoo, MI, company declared that hospitals who implement the company's SurgiCount program to eliminate the potential for retained surgical sponges during surgery would get their money back if the product failed.

More specifically, the company said that it would offer up to $5 million in product liabillity indemnification to hospitals and an additional guarantee to refund the incremental cost hospitals bear to invest in its SurgiCount program compared with the hospital's previous sponge spending for up to three years.

By adopting a well-worn term from the consumer world — money-back guarantee ">— Stryker is seeking to underscore how the medtech world is rapidly shifting to new demands from the marketplace. Accoutability and transparency, as well as risk-sharing partnerships, are on an upward trajectory, and companies who jump on the bandwagon are likely to succeed in the future.

"More and more healthcare providers are specifically asking for leaders across the industry to take steps toward building real partnerships," said  Nate Miersma, director of marketing, Stryker, in an email. "We’re confident in SurgiCount’s ability to significantly reduce the risk of retained sponges by addressing the problem of false-correct counts, and we want participating hospitals to have complete confidence to invest in patient safety, so making this partnership available seemed like an obvious choice."

It costs hospitals $8 to $10 per surgery to use the SurgiCount product, Miersma noted.

"Compared with the estimated $600,000 in malpractice risk associated with a retained surgical instrument, which contributes $94.50 to the cost of each and every surgery in the United States, the $8 to $10 cost per procedure to implement SurgiCount represents a significant cost saving," he said.

A report by the Joint Commission in 2013 cited a Pennsylvania Patient Safety Authority estimate that found the average total cost of care related to an unidentified retained foreign object — also called retained surgical items —  is about $166,000. This cost includes legal defense, indemnity payments, and surgical costs not reimbursed by the Centers for Medicare & Medicaid Services.

Stryker's money-back guarantee and the $5 million in product liability indemnification isn't a foolhardy decision by any means. The company acquired SurgiCount when it bought Patient Safety Technologies for $120 million in cash in December, 2013. For the past three years, Stryker has likely reviewed Patient Safety Technologies' performance closely, as it must have in its due diligence prior to the purchase. Hence the confidence.

Nearly 170 million SurgiCount Safety Sponges have been used in more than 9 million procedures over the past five years, and the system has apparently never failed to identify a retained sponge, the company's news release touted.

So how does the product work? Hospitals use the SurgiCounter, a mobile computer to track the number of bar-coded SurgiCount safety sponges and other disposable products are used during surgery. SurgiCount 360, a software application, provides post-surgery documentation of all sponges used during any given procedure.

As of now, more than 480 hospitals nationwide use SurgiCount, and Stryker is planning to launch the product in international markets.

Interestingly, another large company — Medtronic — has also invested in a similar surgical sponge detection company. Two and a half years after Stryker bought Patient Safety Technologies, Medtronic shelled out about hundred million more than Stryker paid to buy RF Surgical for $235 million.