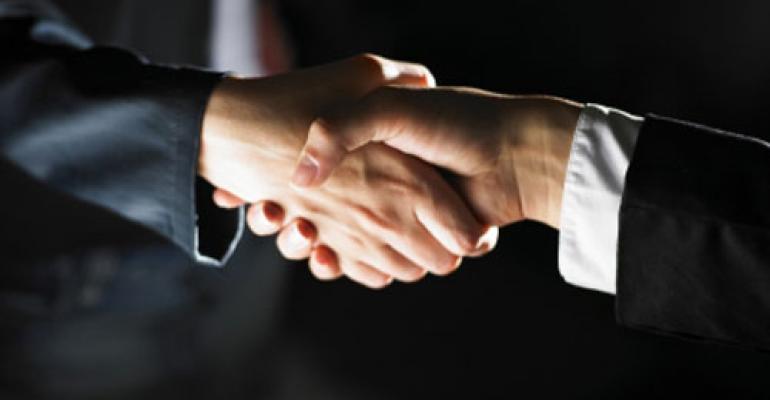 A rundown of the year’s biggest deals—including the largest medtech M&A in history—and what they mean for the industry.

By Clyde A. Burkhardt

Medtronic's acquisition of Covidien will be by far the largest pure-play medtech transaction in history (if and when it clears), and there were multibillion-dollar transactions in most medtech sectors. Many of these transformative transactions will have significant competitive implications for other large medtech companies and will probably stimulate them to join the mega-M&A bandwagon in 2015.

The year was also marked by several large divestitures by major medtech companies trying to cut costs and focus on more profitable, higher growth sectors, and private equity investors remained active as both buyers and sellers--engaging in several of the multibillion-dollar deals. The blockbuster transformative medtech transaction in 2014 was Medtronic's agreement to acquire Ireland-based Covidien for $42.9-billion (4.2x revenues of $10.2 billion). The transaction brings together the world's fourth-largest and eighth-largest medtech compananies, with combined revenues of $27 billion, to create the second-largest medtech company after Johnson & Johnson (j&J $28.6 in revenue). The combined company will have 87,000 employees in 150 countries, and cost cutting over a two-to-three-year period is expected to result in an estimated $850 million in savings.

In addition to the potential cost savings and the strategic benefits of giving Medtronic a broader product line in order to compete more effectively as a one-stop provider to hospitals and other healthcare providers, there was another initial driving force for the transaction: Medtronic planned to implement a so-called inversio strategy and redomicile in Ireland to lower its tax rate, specifically on cash held abroad that could be used to pay for the Covidien acquisition. In September, the United States Treasury put major limitations on the inversion tactic, and Medtronic, which had planned to use $16 million of earnings from foreign subsidiaries to finance the acquisition, instead arranged bank financing.

In 2014, orthopedics was a hotbed of M&A transactions and rumors. The biggest transaction announcement in the sector was Zimmer's ($4.6 billion in revenue) proposed acquisition of rival Biomet for $13.4 billion (4.2x revenues of $3.2 billion). Finalization of the transaction is subject to approval by European Union antitrust regulators, but with Biomet under its belt, Zimmer would become the second-largest company (behind J&J) in the estimated $45-billion global market for artificial hips, knees, and other orthopedic products. The acquisition significantly diversifies Zimmer's musculoskeletal product portfolio and enhances its position in the rapidly growing sport device sector. The deal came as a surprise because earlier in the year Biomet, which was acquired in 2007 by three private equity firms, had filed for an initial public offering.

Another large orthopedics transaction was Smith & Nephew's acquisition of publicly held ArthoCare Corp. for $1.7 billion (4.6x revenues of $373 million)--its largest acquisition ever. ArthoCare generates about two-thirds of its revenue from the rapidly growing sports product segment and will support Smith & Nephew's publicly stated strategy to "rebalance it operations toward higher growth segments." Mid-year, Smith & Nephew was reportedly in Medtronic's crosshairs as a potential acquisition target, and CEO Olivier Bohuon publicly stated that he was not interested in a megamerger.

Another surprise orthopedic transaction was the agreement by Wright Medical Group and Tornier (based in the Netherlands) to merge for a combined value of around $3.3 billion. Both companies had been rumored to be potential acquisition targets for other large medtech companies, including Smith & Nephew, Stryker, J&J, and Medtronic. The two companies' product lines are complementary, and the combined firm will have leading products, technologies, and specialized sales forces in three of the fastest-growing orthopedic segments--upper extremities, lower extremities, and biologics.

J&J sold its Ortho-Clinical diagnostics business, which screens donated blood for infection and produces diagnostic tests for AIDS, for $4.2 billion (2.2x revenues of $1.9 billion) to a large private equity firm. The sale furthered J&J's stated goal to shed slower growth operations and focus on more highly profitable, higher growth businesses. In late 2014, J&J also announced that was seeking to divest its Cordis unit, a leading producer of vascular devices including stents and catheters.

J&J had announced in 2011 that it might sell Cordis after many years of falling sales and market share. Industry sources estimate that Cordis could fetch a price in the range of $1.5 billion-$2 billion.

In the largest acquisition in its 100-year history, Becton Dickinson and Co. ($8.3 billion in revenue) agreed to buy CareFusion for $12.2 billion (3.2x revenues of $3.8 billion). The companies' product lines and services are complementary, with Becton Dickinson making medication delivery products including catheters and tubes, and CareFusion producing the machines that pump drugs into catheters and other drug-delivery devices. With CareFusion under its wing, Becton Dickinson will be in a strong position to market its products globally because 60% of its revenues are currently in foreign markets, while 75% of CareFusion's revenues are derived from the United States. Both companies have been actively assisting hospitals in managing their drug utilization to eliminate waste and errors. CareFusion has software that helps hospitals and other healthcare providers track drug use and machines to shore the drugs and accurately fill orders. The acquisition positions Becton Dickinson to become a leader in medication management.

In another potentially large medtech divestiture, announced in mid-2014, Endo Pharmaceutical is looking to unload American Medical Systems (AMS), which it acquired in 2011 for $2.9 billion. Some private equity firms are reportedly interested, and the sale price is estimated at $2 billion (4x estimated 2014 revenues of $500 million). AMS is a leading producer of products to treat various pelvic disorders, including male and female incontinence, erectile dysfunction prostheses, and laser technology devices for enlarged prostrate treatment, and in mid-2014 it announced that it would settle 20,000 lawsuits related to problems with its vaginal mesh products.

A Major Divestiture and a Buyout Offer for Alere

In a move to sharpen its focus on its core business, Alere, Inc., a producer of rapid diagnostic testing products and services, agreed to sell its Optum unit to United Healthcare for $600 million. Optum produces an array of case management, wellness, and other healthcare services to more than 200 regional and local health care providers.
In what could become a major transaction in 2015, Alere received a $3.8-billion buyout offer from former CEO Ron Zwanziger in September.

Merz Pays a Pretty Price for a Facelift Company

Merz, a rapidly growing German dermatology products company headquartered in the United States with operations worldwide, acquired Ultera, a producer of ultrasound aesthetic medical devices to lift skin on the brow, neck, and chin. The price was $600 million (6x projected 2014 revenues of $100 million), plus undisclosed milestone payments. Merz produces a range of dermatology and aesthetic treatment products, including Botox competitor Xeomin. In April, Ultera had filed to raise $85 million in an initial public offering.

Diversified industrial and medtech giant Danaher, which has been relatively quiet on the medtech acquisition front since its 2011 purchase of Beckman Coulter, announced two major transactions this year. Danaher has a definitive agreement to acquire Nobel Biocare Holding AG, the world's leading provider of implant-based dental restoration products and systems. The $2.2-billion (3x 2013 revenues of $750 million) acquisition will make Danaher the largest dental implants provider in the world.

Boston Scientific acquired Bayer AG's Interventional unit for $415 million (3.5x revenues of $120 million) The acquisition furthers Boston Scientific's strategy to provide a comprehensive portfolio of products to treat peripheral vascular disease and will give it products in several growing peripheral segments including atherectomy and thrombectomy. St. Jude Medical acquired an 81% interest in CardioMEMS Inc. for $455 million (25x sales of $18 million) after snapping up 19% in 2010 for $60 million. CardioMEMS produces the Champion HF implantable heart monitor, which received FDA approval just a few days before the acquisition by St. Jude.

Next year is likely to follow 2014 as another very active year for medtech mergers and acquisitions. The megamerger and acquisition fever that large medtech companies caught in 2014 is likely to be highly contagious in 2015. Deals like Medtronic-Covidien, Zimmer-Biomet, and other 2014 mega-transactions could spur other large medtech companies to seek to acquire or merge with other large companies to attain the product-line breath and global distribution to compete effectively. Many large medtech companies will also continue to divest some of their lower-growth units to focus on higher-growth, more profitable medtech segments. Such divestiture activity will be another driving force behind a continued high level of medtech M&A activity in 2015.

While multibillion-dollar medtech mergers and acquisitions were the hot topic this year, many medtech companies completed smaller acquisitions to enhance their product portfolios, including acquisitions of companies with innovative products and technologies addressing specific disease segments. This activity will also continue in 2015. For the owners of such companies, a window of opportunity will remain open to explore the sale or partial sale of their companies at attractive prices as the medtech consolidation trend continues.

Clyde Burkhardt is senior managing director of HT Capital Advisors, LLC, a private investment banking firm based in New York City. He can be reached at (212) 759-9080 or [email protected]