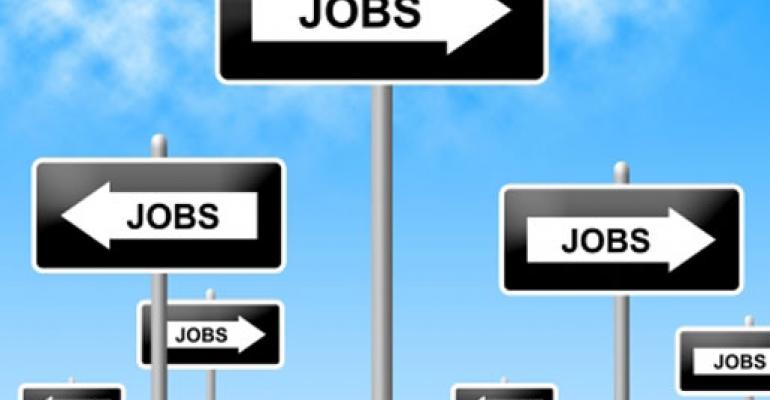 Recruiters say demand for qualified job candidates is outstripping supply in the medical device and diagnostic industry. Here's what that means for you.

A rising tide lifts all boats, as they say, and medtech employees today are floating high thanks to increased revenues, the return of funding to the sector, and robust hiring by top companies. Those factors are contributing to what recruiters are calling—for the second year in a row—an employees’ market in the medical device and diagnostic industry.

“Every company and region I’m aware of is looking for talent and having a difficult time getting it,” says Brian Cole, managing partner and medical device practice leader at Dallas-based recruiting firm Kaye/Bassman International. “There’s just not enough qualified, skilled people out there to help these companies."

Yet, despite the shortage of attractive candidates, Cole says companies aren't rushing to make a hire. " I think they’re all—even though there aren't a lot of good people out there—being patient and looking for the right person," he says. "I think they’re all getting frustrated with not finding enough people, but then they're a lot more open to paying more to get them when they do find them."

Phil Nachman, principal at Boston-area medtech recruitment firm Nachman BioMedical, says overall industry salaries aren't making a huge leap. "If anything, it's a modest increase, nothing spectacular," he insists. "A few percentage points to keep up with the cost of living."

But with demand for qualified medtech workers outstripping supply, other recruiters say employees have the upper hand in salary negotiations.

Cole reports an uptick in sign-on bonuses, which he says are almost becoming standard, and adds that firms are open to more generous paid time off allowances.

“Most companies are agreeing to offer three weeks vacation,” he says.

As medtech has shrugged off the effects of the Great Recession over the past few years, a number of factors have converged to benefit industry employees.

For starters, venture capital investment in the segment has picked up, with funding in the medical device industry jumping 22% versus the prior year during the second quarter of 2015, according to a report from PricewaterhouseCoopers (PwC) and the National Venture Capital Association (NVCA). IPOs have also been on a tear, with strong market debuts from medtech firms like Nevro and ConforMIS—all good news for startups.

“We’re seeing smaller companies getting a little bit of legroom,” Miclot says, adding that could help inflate salaries for employees who work for them.

On the other side of the coin, larger companies have seen a return to revenue growth following the financial crisis, which has led to an uptick in hiring. According to market research firm Evaluate Medtech, 14 of the top 15 medtech companies by market capitalization increased their headcount last year.

Another factor that may be weighing in some employees’ favor is competition from other industries for talent. As medical devices have become more software-intensive in recent years, medtech companies increasingly find themselves bidding against consumer tech companies for software engineers, Nachman says.

“Google and Microsoft both have centers in the Boston area, and they can pay a lot to attract employees or give them free pizza or whatever else they do,” Nachman says. “Medtech has to attempt to keep up with that.”

Medtech also seems to be a graying industry. The median age of respondents to MD+DI's 2015 Medtech Salary Survey was 46, and 40% were age 50 or older. More than 45% of respondents say they been in the industry for 15 years or longer, versus just over 16% who have worked in medtech less than five years. If that's any indication of the industry as a whole, medtech could be looking at a wave of retirements on the horizon.

“Baby Boomers are slowly making their exit, and I think we’ll see it even more over the next five to 10 years,” Miclot says.

While recruiters say employees in most medtech positions today enjoy a certain amount of bargaining power when it comes to salary talks, that’s not true across the board.

Changing regulatory requirements mean regulatory and legal affairs professionals, as well as those working in quality affairs/quality control are perennially in demand. And thanks to medtech’s push for continuous innovation, companies always need R&D and product design engineers.

But circumstances aren’t as favorable for employees in some positions.

With the medtech industry increasingly turning to outsourcing to fulfill its manufacturing needs, headcounts are shrinking in production and manufacturing occupations, recruiters say. Last year’s M&A mania is also expected to take a toll, as some companies that have gone through a merger are likely to consolidate their manufacturing facilities.

Recruiters also predict industry consolidation will lead to a culling of the ranks in management.

“When you go through M&A, you don’t need two VPs; you only need one,” Cole says.

Sales, marketing, administration, and finance professionals may also suffer as companies combine. “Some of the reasons companies merge are to get savings out of those areas,” Nachman says.

In some cases, the casualties from consolidation could extend even further. Cole says the effects of last year’s megamergers largely have yet to be felt, but he predicts the ax will fall eventually.

As a result, Cole expects hiring in Warsaw, IN, to cool, but says offers continue to be extended to medtech employees at a fast clip in other medtech hubs.

Recruiters agree that the San Francisco Bay Area—which also leads the nation in medical device venture funding, according to PwC and the NVCA—continues to be the hottest area for medtech hiring. Boston and Southern California (San Diego and Orange County, in particular) remain good bets for industry job seekers, although the jury is out on Minneapolis. Nachman says the Twin Cities area is still a hotbed for medtech hiring, but Cole insists the cardiovascular hub is only “lukewarm.”

Up-and-coming hiring hubs, Miclot says, are Dallas and Austin, TX. “We’re seeing an influx of biotech run into Texas thanks to the state’s corporate tax reform,” he says.

In terms of segments, recruiters report an influx of hiring in emerging areas such as regenerative medicine, health IT, wearable devices, and neuromodulation, which Cole says is “one of the hottest sectors—if not the hottest sector—in the industry."

As patients are reconsidering procedures put off during the recession, hiring is also picking up in the dental, ophthalmology, and orthopedics spaces. Cole says companies making orthopedic extremity devices in particular need qualified employees, while hiring in the usually hot spine sector has slowed.

“Diabetes continues to be aggressively hot, especially with Google and Apple trying to play in the space,” he says, adding that cardio, on the other hand, remains strained. “FDA is still making that tough for them.”

Hiring is also picking up in the area of combination devices as pharmaceutical companies continue to creep into medtech territory, Nachman says.

With a red-hot job market giving employees an edge in salary negotiations, what can you do to maximize your advantage? Recruiters have some tips.

Without pensions keeping them in place, medtech employees today are more transient than ever, switching jobs every three to five years. “It’s becoming more and more important and more and more special to be a longer tenured employee within a company,” Miclot says.

Medtech companies value industry experience, Nachman agrees, and sticking with the same employer allows you to highlight your accomplishments—although longevity today is relative.

“If you’ve been there for three years and managed a large project that made an impact on corporate growth, that gives you some wiggle room,” Miclot says.

It’s also important to keep an open dialogue with your manager about where your career is going. “You need to find out from your boss whether your expectations and their’s align,” Cole says.

If you don’t like what you hear, it may be time to consider taking your talents elsewhere.