HomeBusinessJohnson & Johnson Could Pull Plug on LifeScan
Recent
J&J MedTech Lands Clearance for INHANCE Shoulder System
May 19, 2022
The Robot Will Do Your Angioplasty Now
May 18, 2022
XACT Is Changing the Tone of Robotics in Healthcare
May 18, 2022
Medtronic Touts Cusp Overlap Technique in TAVR
May 18, 2022 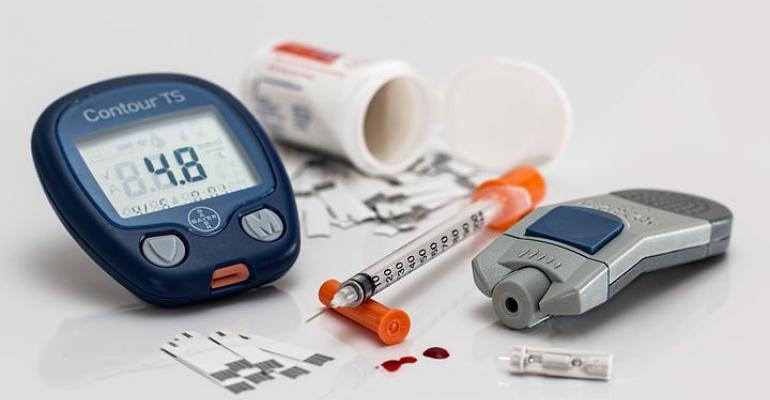 Johnson & Johnson continues its exodus from the diabetes market and has received a $2.1B offer from Platinum Equity to acquire LifeScan.

Johnson & Johnson is getting closer to exiting the diabetes market, as Platinum Equity has made an offer to acquire the New Brunswick, NJ-based firm’s LifeScan unit for $2.1 billion. LifeScan develops blood glucose monitoring products and earned $1.5 billion in revenue in 2017.

During J&J's most recent earnings call, company executives pointed to both diabetes and orthopedics as two units that had lagging sales.

“Orthopedics performance was below where we aspire to be, and we continued to decline in diabetes care,”said Joseph Wolk, Vice President of Investor Relations for J&J, according to a Seeking Alpha Transcript.

If this deal with Platinum Equity were to go through, then J&J would be left with its Calibra Division, which sells wearable insulin pumps.

The acceptance period for the offer will end on June 15, 2018, unless extended, and during that time, consultations with relevant works councils are planned. If the offer is accepted, the transaction would be expected to close by the end of 2018, subject to the satisfaction of customary closing conditions. There is the possibility that J&J could receive a higher bid from another interested party.

“LifeScan has been a leader in diabetes care for more than 30 years and has consistently developed and brought to market industry leading products,” said Jacob Kotzubei, Platinum Equity Partner. “We have worked closely with J&J to craft a divestiture solution for LifeScan that would create a global standalone business and set the stage for continued investment in growth and innovation.”

J&J’s plan to sell off LifeScan was one of five events that MD+DI cited as having a profound impact on the diabetes market.  Rumblings surrounding a potential sale of the unit have been in the air for quite some time now.  Back in 2014, MD+DI speculated that it might make sense for J&J to eventually jettison off the unit because of its sluggish performance.

J&J confirmed it was indeed interested in moving past diabetes when it said it was considering divesting the unit due to tough competition and lagging sales, during an earnings call in January of 2017. And in  October of 2017, J&J revealed plans it would shut down its insulin pump business, Animas Corp. The company said the nearly 90,000 patients using its insulin pumps would have the option to switch to Medtronic pumps.