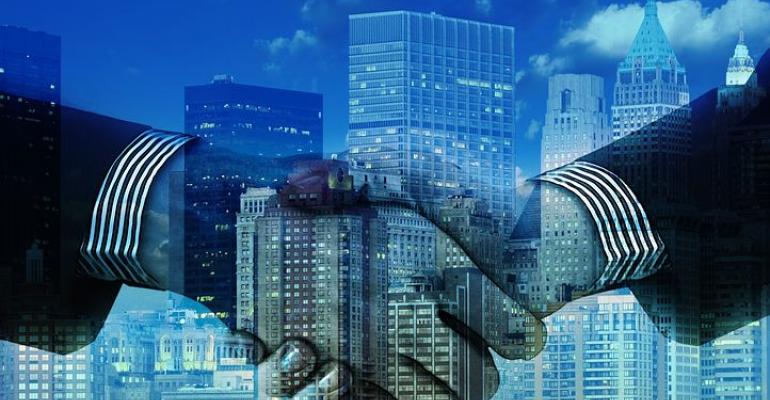 In addition to J&J picking up Auris Health for $3.4 billion, Roger Smith, Phd, who follows the surgical robotics market closely, said we could continue to see large medtech companies making acquisitions in the space.

Johnson & Johnson is making some significant noise in the surgical robotics space today as it is announcing a deal that would have it acquire Auris Health for $3.4 billion. The deal also calls for additional contingent payments of up to $2.35 billion in the event of Auris reaching certain milestones. J&J would make the acquisition through its Ethicon subsidiary.

Redwood City, CA-based Auris Health develops robotic technologies that have been focused on lung cancer. The firm has the Monarch Platform, an FDA cleared system currently used in bronchoscopic diagnostic and therapeutic procedures.

Auris’ Monarch Platform robotic technology will also play an important role within the Lung Cancer Initiative at Johnson & Johnson (LCI). Recall in January, that Johnson and Johnson added more pieces to the LCI puzzle by announcing a strategic partnership that would lead to stronger lung cancer detection tests with Veracyte.

Frederic Moll, M.D., CEO and Founder of Auris Health, will be joining J&J upon completion of this transaction, which is set for 2Q19. Moll has an extensive resume in the robotics field. Not only has he served as the CEO and founder of Hansen Medical, but he also co-founded Intuitive Surgical one of the largest players in the surgical robotics market.

“This combination is a testament to the incredible work of the Auris Health team and the innovation engine behind the Monarch Platform, which represents a huge step forward in endoluminal technology,” Moll said in a release. “We look forward to continuing to shape the future of intervention with the added expertise and resources of the world’s largest healthcare organization.”

Robotics Powerhouse in the Making?

Johnson & Johnson has been making waves in robotics for quite some time now. In August of 2015, J&J, Ethicon, and Verily (Google’s former life sciences division) announced the formation of Verb Surgical. In 2016, MD+DI listed Verb as one of the nine Robotics companies that everyone should know about.

In early 2018, Google’s co-founder Sergey Brin used the robot to suture on some synthetic tissue. However, the company didn’t share any pictures or details about the machine.

J&J executives said the Auris acquisition supports the continued development of the Verb Surgical Platform and its partnership with Verily.

“We are very committed to our partnership with Verily on the development of the Verb Surgical Platform, Ashley McEvoy, Executive VP, Worldwide Chairman, Medical Devices, J&J, said in a release. “Collectively, these technologies, together with our market-leading medical implants and solutions, create the foundation of a comprehensive digital ecosystem to help support the surgeon and patient before, during and after surgery.”

Roger Smith, PhD, the Chief Technology Officer for the Florida Hospital Nicholson Center, who follows the space closely said the acquisition not only comes at an interesting time for Auris, but it also significantly strengthens J&J's surgical robotic offerings.

“It's very interesting that Auris agreed to be acquired by Johnson & Johnson so early in their corporate lifetime," Smith told MD+DI. "So, it's true that this adds another robotic platform to Johnson & Johnson’s portfolio, but it brings their number not to just two platforms but the five. Johnson & Johnson previously had the partnership with Verily to create Verb surgical  ... and many people may forget that Auris itself acquired Hansen medical in 2016 which gave them the Scentsy and the Magellan robotic platforms."

He added, "So, what does Johnson & Johnson hope to achieve with this acquisition spree? I think there's at least three different things. Number one they're trying to push into robotics in multiple specialties to get platforms that can compete against non-robotic auctions in at least three, if not five different specialties; second those platforms that they own now will be complimentary to each other not competitive to each other; and then third I think they're assembling a portfolio where they can apply a common operating system or ecosystem across multiple robots so that all of these robots, whether they be three or five, operate on the same software platform and have the same back end software services.  That's something that no other company has ever achieved and that seems to be only achievable with the partnership with [Verily].

J&J also took a deeper dive into the surgical robotics market by acquiring Orthotaxy, a privately held developer of software-enabled surgical technologies, including a differentiated robotic-assisted surgery solution, for an undisclosed sum.

"So, what might we see next in terms of acquisition," Smith asked.  "In the last year, we've seen Medtronic by Mazor we’ve seen Striker by Mako, we've seen Zimmer Biomet by Medtech S.A.; we [have seen smaller companies] like TransEnterix [acquire] Medical Surgery Technologies.  "So in the future, we might watch for acquisitions of companies like Globus Medical Restoration Robotics and maybe the small startups like TransEnterix, Titan Medical, and Medrobotics once they get their feet under them."

He added, "I think all of this activity clearly indicates that the major device companies are serious about bringing robotics into all the specialties that they service and that they see robotic-assisted devices as the next generation beyond the manual devices that they sell now.”