Home>Business
Recent
'Adversity Can Give Us the Hidden Gift of True Purpose'
May 05, 2021
Is 'Strategic Discrimination' Happening in Medtech?
May 05, 2021
Protecting Hearing Aids Electronics with Parylene Conformal Coatings
May 05, 2021
Want to Practice Surgery? Here's a Full-Scale 3D Printed Human Heart
May 05, 2021 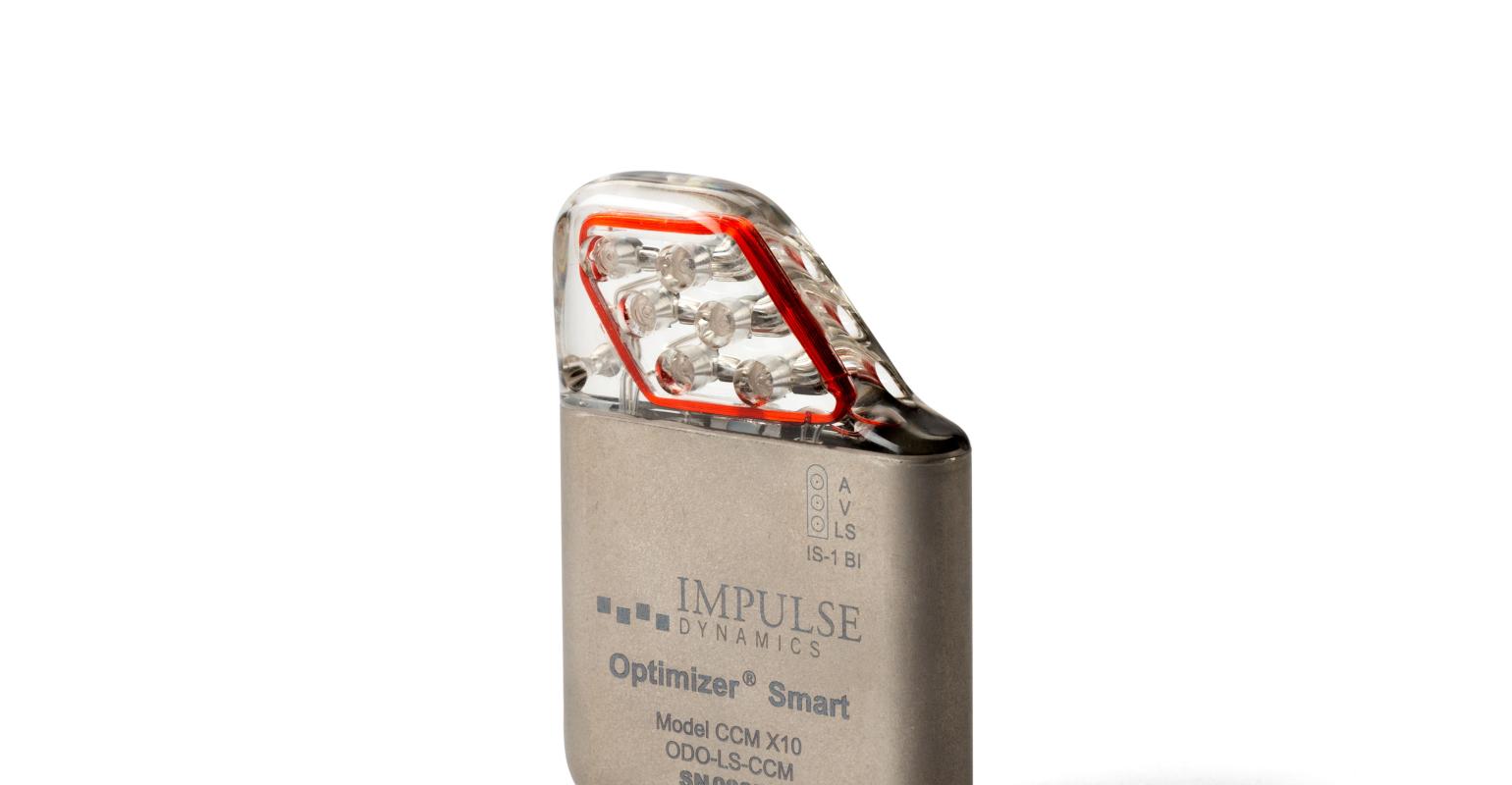 Courtesy of Impulse Dynamics
Earlier this year, the Mount Laurel, NJ-based firm was highlighted in a report by Canaccord Genuity’s Jason Mills as one of 16 potentially disruptive medtech companies in the private sector.

Investors are getting behind Impulse Dynamics’s implantable device that helps treat heart failure. The Mount Laurel, NJ-based company raised $80.3 million in a series D round – that will help give the Optimizer Smart a huge commercialization push.

“This financing will be used to roll out the product commercially in the U.S.,” Simos Kedikoglou, CEO of Impulse Dynamics, told MD+DI. “We are commercializing this in the U.S. ourselves and we are building our commercial team. The financing will also help us fund an indication expansion in other clinical and product development.”

The firm’s technology delivers Cardiac Contractility Modulation (CCM). Through CCM an electrical pulse is delivered during the absolute refractory period, which is just after heart contracts. In contrast to a pacemaker or defibrillator, CCM works by modulating the strength of the heart muscle contraction rather than the rhythm.

The Optimizer Smart device received breakthrough device designation in 2015 and eventually won FDA approval in March of this year. The technology went before the Circulatory System Devices Panel of the Medical Devices Advisory Committee, Dec. 4, 2018, receiving a 12-0 vote on the benefit-to-risk ratio of the device.

In October, the company won FDA approval for a PMA supplement for a next-generation, two-lead Optimizer Smart System. The company said new algorithms in the two-lead version of Optimizer Smart deliver therapy just as the previous device did, but no longer require inputs from an atrial lead.

Earlier this year, Impulse Dynamics was highlighted in a report by Canaccord Genuity’s Jason Mills as one of 16 potentially disruptive medtech companies in the private sector.