IDx Moves from Angels to VC Investors with $33M Series A 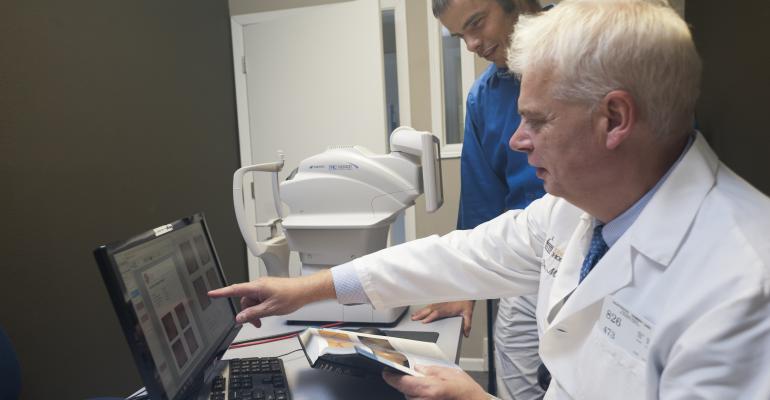 The company has developed an AI solution to detect diabetic retinopathy and is looking at the possibility of an IPO in the future.

Since 2010, IDx had been funded mostly by angel investors. But now the Coralville, IA-based company, which obtained a nod from FDA in April for its artificial intelligence (AI) solution to detect diabetic retinopathy, has received funding from venture capital firms. IDx said it has raised about $33 million in a series A round.

Previously, the company had raised about $22 million from angel investors.

“After FDA approval we were approached by 55 or so investors and they all wanted to do business with us,” Michael Abramoff, founder and president of IDx, told MD+DI. “We decided that this was a great opportunity. Some of the investors are not only VCs per se, but they also have important strategic relationships.”

Abramoff pointed to Optum Ventures, which is associated with UnitedHealthcare as an example of a strategic relationship -because of its reach and presence. The investment was led by 8VC with participation from Alpha Edison and Heritage Provider Network.

The company's first diagnostic system, IDx-DR, detects diabetic retinopathy without requiring a clinician to interpret the image or results. This enables health care providers who are not normally involved in eye care to use the AI system to test for this leading cause of blindness during routine office visits.

The pivotal trial involved 900 subjects with diabetes at 10 primary care sites across the U.S. The results showed that IDx-DR exceeded all pre-specified superiority endpoints at 87% sensitivity, 90% specificity, and a 96% imageability rate, demonstrating the AI system’s ability to bring specialty-level diagnostics to primary care settings.

The technology has garnered significant attention in recent months as the AI market has exploded. Recently, IDx was named by MD+DI as one of six AI companies set to rock medtech.

IDx executives said the company is definitely moving forward and there might even be an initial public offering (IPO) on the horizon.