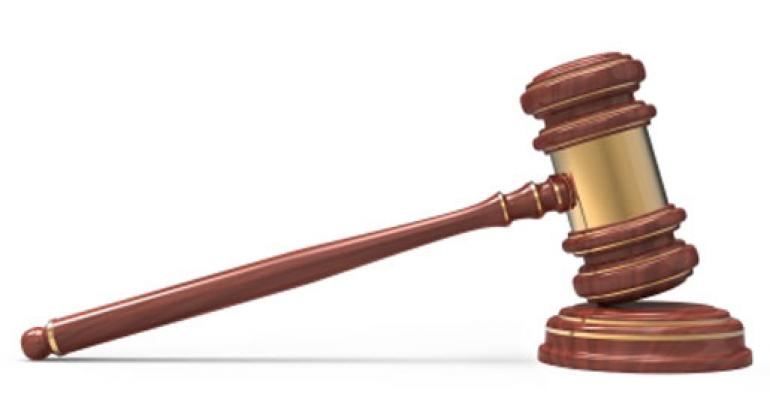 A recent case in the U.S. Court of Appeals for the Federal Circuit upheld certain patent owner rights. A patent law expert explains why medical device manufacturers should take note.

A recent case in the U.S. Court of Appeals for the Federal Circuit upheld certain patent owner rights. A patent law expert explains why medical device manufacturers should take note.

Patent owners recently received some good news. The courts will continue to allow them to maintain some control over how their patented products are used and distributed after their initial sale.

Under U.S. patent law, the doctrine of patent exhaustion generally limits the rights of a patent owner after the authorized first sale of its patented product. Once a patent owner sells a product covered by a patent with no restrictions, the patent owner no longer has a right to control whether, how, and where that product can be reused or resold.

In Lexmark International, Inc. v. Impression Products, Inc., the United States Court of Appeals for the Federal Circuit confirmed two long-standing exceptions to patent exhaustion. The court first held that patent holders may expressly restrict buyers of their patented products from reselling and reusing the product so long as the restrictions do not violate some other area of law. A breach of a valid such restriction could subject downstream purchasers to claims for patent infringement. The court also held that foreign sales of patented products do not necessarily exhaust a patent owner’s U.S. patent rights, even when the sale did not contain an express reservation of rights.

The Court of Appeals’ affirmance of the “single-use” restriction and foreign-sale exceptions bolsters U.S. patent rights because it allows patent owners to maintain control over how their patented products are used or distributed in downstream markets. This downstream control is especially important in the medical device and pharmaceutical industries because of the impact remanufactured products could have on patient safety as well as the impact of importation of pharmaceuticals sold at lower prices outside the United States.

The Lexmark case arose in the context of printer cartridges. Lexmark sells printer cartridges in two ways. Under the first way, the buyer pays full price and there are no restrictions on the resale or reuse of the cartridge. Under the second way, the buyer receives a discount, but the cartridge is subject to single-use and no-resale restrictions. Impression is a cartridge remanufacturer that acquires used Lexmark cartridges (including from foreign countries), refills them, and sells them in the United States. The Lexmark case involved those cartridges that were initially sold with restrictions on reuse and cartridges that were initially sold outside the United States.

Lexmark sued Impression for patent infringement, alleging that Impression sold and imported the patented cartridges into the United States. Impression responded that the initial sales of the printer cartridges exhausted Lexmark’s patent rights in the cartridges and therefore Lexmark had no right to control their distribution or use after that initial sale. Impression argued that recent Supreme Court decisions in Quanta and Kirtsaeng overruled the “single-use” restriction and foreign-sale exceptions to patent exhaustion and held that any such post-sale restrictions were invalid. The lower court agreed with Impression with respect to the “single use” restriction, but disagreed with Impression that Lexmark’s U.S. patent rights were exhausted by the foreign sales.

The Court of Appeals agreed with Lexmark on both issues. The court reversed the lower court on the “single-use” restriction exception, consistent with its prior Mallinckrodt decision. Mallinckrodt involved a medical device for dispensing a radioactive mist for diagnostic x-rays. While the Mallinckrodt device was sold with a “single-use only” notice, the defendant entered into a recycling business where it acquired and reloaded the used devices with radioactive mist and resold the devices at a fraction of the cost of a new device.

Consistent with its Mallinckrodt decision, the Court of Appeals in Lexmark reiterated that unless a sale restriction is improper under some other body of law, a patent owner’s own sale of its patented article under a clearly communicated and effective single-use restriction does not exhaust the patent owner’s patent right to limit the product to a single use. The court reasoned that the Supreme Court’s Quanta decision was inapplicable because it did not involve a patent owner’s sales and there were no restrictions on the sales made by the licensee in Quanta.

The Court of Appeals also affirmed the lower court’s decision that under its prior decision in Jazz Photo, a foreign sale of a U.S.-patented article does not exhaust the patent owner’s U.S. patent rights in the article, including the right to preclude its importation into the U.S. Similar to the facts in Lexmark, Jazz Photo involved disposable cameras initially sold outside the United States that the defendant acquired, reconditioned, and imported into the United States for resale. The court in Lexmark followed its precedent in Jazz Photo and refused to extend the Supreme Court’s holding in a copyright case (Kirtsaeng) to patent law. The Court reasoned that the Kirtsaeng holding was specific to copyrights, especially in light of the “right of sale” guarantee under the copyright statute that allows owners of a copyrighted article to sell or dispose of that article notwithstanding the interests of the copyright holder.

Despite having arisen in the context of printer cartridges, the Lexmark decision is notable because it expressly addresses the application of patent exhaustion to the medical and pharmaceutical industries. The Court of Appeals explained that the “single-use” restriction exception furthered interests protected by patent law because the remanufacturing and reuse of “single-use” medical devices no longer under the original manufacturer’s control “carries a significant risk of poor or even medically harmful performance.”

The Court also recognized the disruption that would occur in the domestic pharmaceutical industry if patent owners could not prevent their patented drugs from being imported into the United States. If foreign sales of a patented medicine exhausted U.S. patent rights, the court noted, there would be significant “arbitrage opportunities” for importing patented medicines that are sold outside the United States at substantially lower prices.