HomeBusinessHow Amazon is Poised to Disrupt the Medtech Industry
Recent
ClariMed Focuses on Human Factors
Jan 30, 2023
Medtech in a Minute: Garmin Shakes Things up in Wearables, and More
Jan 30, 2023
Hold onto Your Ostomy Bags, I'm About to Blow Your Mind
Jan 30, 2023
Plotting a Path for Tissue Reconstruction
Jan 29, 2023
Intuitive Shares Tank After Next-Gen Multiport Delay
Jan 27, 2023
23 Private Medtech Companies That Will Slay in 2023
Jan 27, 2023
This Week Last Year in Medtech: Jan. 22-28
Jan 26, 2023
Curapath Gets AEMPS Drug Manufacturing Thumbs Up & Other Supplier News
Jan 26, 2023

How Amazon is Poised to Disrupt the Medtech Industry 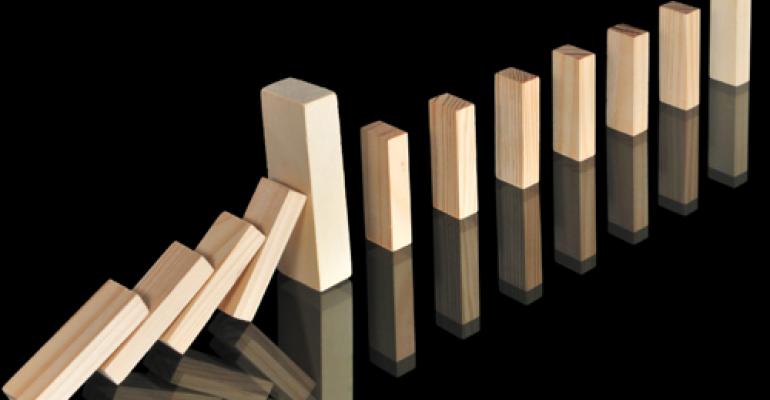 Healthcare experts predict that Amazon will formally enter the healthcare marketplace in 2015 and the move will be disruptive.

Healthcare experts predict that Amazon will formally enter the healthcare marketplace in 2015 and the move will be disruptive.

Here's a bold prediction from the folks at Frost & Sullivan: Amazon is going to formally enter the healthcare market this year.

In August, following in the footsteps of Apple and Google, the e-commerce giant met with FDA officials and generated some buzz. Taking that as a jumping off point, Frost and Sullivan healthcare experts Reenita Das, partner, senior vice president,  and Venkat Raja, principal analyst - medical devices, predict that Seattle-based Amazon, along with Chinese e-commerce firm Alibaba will launch "dedicated services targeting the healthcare sector, serving a range of customers from facilities to individual customers" in 2015.

In a recent interview, Rajan expanded on that prediction.

He predicted that Amazon is most likely to provide an introductory level of services directly to private clinics and small healthcare facilities in 2015.

But this year's offering won't be necessarily be healthcare products per se, but "everything from supplies to toiletries or other things that are a little bit ancillary to care will go through them."

Later, after Amazon is done testing the waters, Rajan fully expects more complicated products like implants to be sold by the e-tailer.

"It will be a scaled process where the first level are more consumables that they are supplying and then potentially over time we will see higher-end products, and the ability to order an implant online is coming fairly soon," he said.

Amazon, by its very structure, is a natural fit in a healthcare world that is demanding price transparency, lower cost and greater value. Digital health and the consumerization of healthcare are also trends that play into Amazon's strength. But more importantly, Rajan believes that Amazon is more capable than group purchasing organizations and large distributors like the DME (durable medical equipment) industry to serve the needs of non-traditional, out-of-hospital care setting such as a home care-set up.

"If you think about telehealth or telemedicine and the smart home, connected health, then the disposable and the supplies that you need to keep that going, Amazon would be more of a natural fit for a consumer or a patient than trying to work through the traditional medical technology distributor," he added.

And that means that Amazon has the potential to upend the medtech industry's traditional sales and distribution models, including the group purchasing organization model. GPOs typically facilitate the equipment purchase of hospitals that buy medical equipment in bulk and receive discounts from medical manufacturers.

"That sort of GPO contracting model will start to chip away as far as our prediction for 2015 goes," Rajan declared. "Eventually that's the transition that we see that Amazon will be a competitor to those guys [GPOs]."

Some medical original equipment manufacturers are already trying to change to the new demands of the marketplace. In 2014, orthopedics firm Smith & Nephew launched the Syncera program where older generations of their hip and knee products are sold to hospitals at a discounted price and without sales reps. It's a win for the company because the company doesn't have to maintain a large sales staff to support these products that are well-known in the ortho world.

It's a benefit for hospitals too.

"From the doctors' and hospitals' point of view they've been using these products for the last 10/15 years - "We don't necessarily need a medical device rep to come in and tell us how to use those,' " Rajan explained.

As interesting as Syncera is, Rajan said Smith & Nephew is reluctant to talk too much about the platform for fear of undercutting their current products. Sales reps might be concerned too, Rajan said.

While new efforts such as Syncera is being launched, Amazon still has the upper hand in any e-commerce platform.

"Part of our prediction is tied to the fact that Amazon is already doing these things and is doing them very well and can probably do them at a level that it's going to take a while for the traditional device manufacturers that are trying to do this, or the distributors that are trying to integrate these services and launch them, to catch up to," Rajan said.

If and when Amazon does launch a medical equipment channel to its e-commerce platform, goes without saying that it will be disruptive to the industry. Old models will likely perish, but that may not necessarily be a bad thing.

"I think it could be an advantage to a lot of companies, especially smaller companies that have had trouble getting into these big GPOs because they don't have the volume or the breadth of product portfolio to offer those big discounts," Rajan said. "And so now if you are a developer with a small 3-D printer making medical equipment in the U.S. or even a smaller manufacturer in Asia Pacific who can make a product cheaper, you have 510(k) clearance but you are having trouble finding a distributor in the U.S., now you have a different platform to position your product.”

Amazon did not immediately respond to requests for comment.

Chinese e-commerce retailer will likely have a bigger impact on healthcare in Asia, Rajan said, given that it has lower regulatory hurdles.

"Alibaba will be able to roll out their initiatives faster and be more experimental than Amazon can just because of the regulatory hurdles and the existing infrastructure here that you have to work against," he said.

Last year, the company through its subsidiary Alipay has launched into services like scheduling, managing workflow and fulfilling payments in hospitals.

"You can use it to book a doctor's appointment, pay for your visit through this one platform," Rajan said.