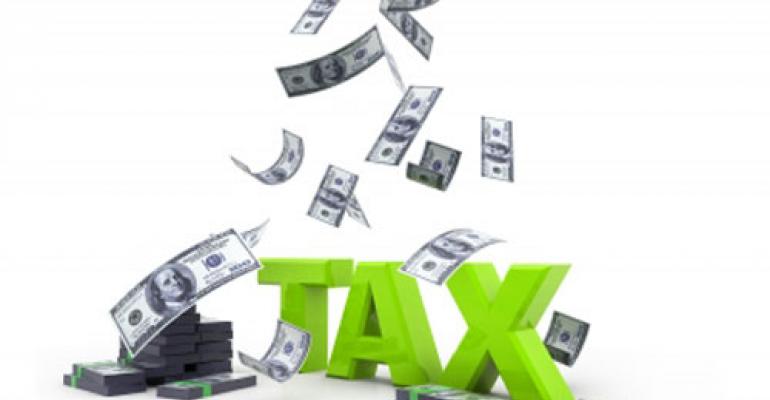 Could Republicans' triumph in the midterm elections be the kiss of death to the 2.3% medical device tax?

Could Republicans' triumph in the midterm elections be the kiss of death to the 2.3% medical device tax?

One thing the new Republican majority in the U.S. Senate has made certain is the early end of Obamacare’s 2.3% medical device excise tax at the hands of both Democrats and Republicans, despite its negligible impact on anybody.

More a convenient source of political hyperbole than actual economic detriment, the tax became a poster-child of broad unhappiness with President Barack Obama’s management style in general and the reputed ills of Obamacare in particular.

The day before the midterm elections gave Republicans full control of Congress on November 3, the nonpartisan Congressional Research Service provided lawmakers solid backing to repeal the device tax, even if they didn’t need it.

Authored by senior analyst in economic policy Jane G. Gravelle and analyst in public finance Sean Lowry, the economic analysis found the tax challenging to justify in principle despite its small projected effects on industry jobs and innovation incentives. Its projected contribution to Obamacare’s estimated $1 trillion cost over the next 10 years would be less than 3% of that, easily recovered elsewhere, they wrote.

Noting that excise taxes are usually based on specific objectives such as discouraging undesirable activities (e.g., tobacco taxes) or funding closely related government spending (e.g., gasoline taxes to finance highway construction), Gravelle and Lowry found these justifications “do not apply, other than weakly,” to medical devices. “The tax also imposes administrative and compliance costs that may be disproportionate to revenue,” they added.

Citing a Standard & Poor’s industry analysis, the authors discounted industry and some lawmakers’ claims that the tax has already cost U.S. jobs by observing that demand for medical devices has been negatively affected due to slow economic growth and higher levels of unemployment in recent years.

“However, S&P forecasts that an aging population and higher health insurance enrollment (due to healthcare reform) will expand the industry’s customer base in the United States,” their report said, adding that that tax’s effects on research and innovation have likely been exaggerated.

Nevertheless, the overall weight of the report has tilted the political balance for both Democrats and Republicans handily toward repeal of the tax, a trophy in face of the unlikelihood that Obamacare itself cannot be repealed due to the certainty of Presidential veto.

At press time, last year’s Republican-sponsored, opportunistically named Medical Device Access and Innovation Protection Act had attracted the support of 79 out of 100 senators.

“Repeal of the medical device tax has once again become a rallying cry for the Republicans ... and now they have the congressional majority to potentially do something about it,” a Reuters-reported BernsteinResearch client note observed, adding that repeal could boost device company profits by 1–5% a year.

The Center for Responsive Politics identified $5.7 million in political contributions on behalf of medical device companies to specific candidates during the 2013–2014 campaign cycle.

As Joseph Thorndike wrote in Forbes November 13, “It’s a lot of excitement for a little tax to bear. And this is definitely a little tax. … Official estimates peg its 10-year revenue yield at just $29 billion—chump change in Washington terms. And so far, the tax seems to be underperforming even that modest goal.” That’s a reference to a Treasury Inspector General finding that the IRS has been having trouble collecting the excise tax from all targeted companies; many, apparently, didn’t know they had to pay it.