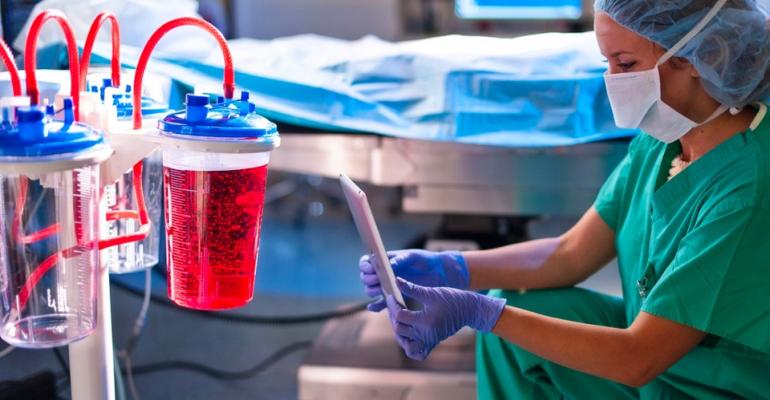 The Los Altos, CA-based company has raised $20 million in a series C round to help with market adoption of its Triton solution.

Gauss Surgical is using machine learning and artificial intelligence for the early recognition of postpartum hemorrhage. To do this, the Los Altos, CA-based company has developed Triton, a monitoring solution that helps physicians and clinicians accurately estimate blood loss in real-time.

The company has received a nod from FDA for Triton and has raised $20 million in a series C round to help push adoption for the solution.

“The proceeds are primarily to accelerate the commercial entry of [Triton] and its expansion,” Siddarth Satish, founder and CEO of Gauss Surgical, told MD+DI. “We spent the last 18 months going from a few pilot sites and really figuring out what the product market fit looked like.”

Satish added, “the second area that we are focusing the proceeds of this financing on, is the further development of our platform capability. We’ve gone out there with our first application and we’ve seen the recipe book for how an AI-enabled application delivered over the air on a mobile device into an operating room would really function along with the key elements of demonstrating its value proposition and selling it as a software as a service.”

Gauss was founded in 2011 and was spun out of Stanford and the University of California, San Francisco. The company has raised about $45 million across three funding rounds.

Gauss’ Triton helps to eliminate a problem that has plagued physicians for a long time now. Traditionally, doctors have relied on their own subjective visual estimates of blood loss by eyeballing the surgical field, but this practice is notoriously inaccurate.

“Blood loss in surgery has been an enigma for decades since the dawn of medicine,” Satish said. “We monitor many other vital signs in surgery, but ultimately there hasn’t been any direct indicator of a patient’s hemoglobin loss…”

Over the last 15 years, preventable maternal deaths and harmful postpartum health complications for mothers have increased precipitously in the U.S. due to undetected hemorrhaging, particularly in cesarean deliveries.

According to a recent study of 2,781 caesarean section patients published in the American Journal of Perinatology, implementing Triton was associated with significant increases in recognition of maternal hemorrhage and significant decreases in blood product transfusions and hospital length of stay.

During a phone interview with MD+DI, Garrett Vygantas, MD, MBA, Managing Director for OSF Ventures, the financing arm of OSF Healthcare,  spoke about investing in Gauss.

“What we like about [Gauss] is that it somewhat embodies precision medicine in the sense that you’re using more precise tools of measurement in their first use case,” Vygantas, who also serves on Gauss Surgical’s board, told MD+DI. “So, they’ve built out a computer vision-based platform that is able to photographically quantify the blood loss in the operating room.”

He added, “what helped us to make the investment in Gauss was that they received [a nod from FDA]; they’ve gone through numerous validation steps along the way; and they have a robust patent portfolio around them.”