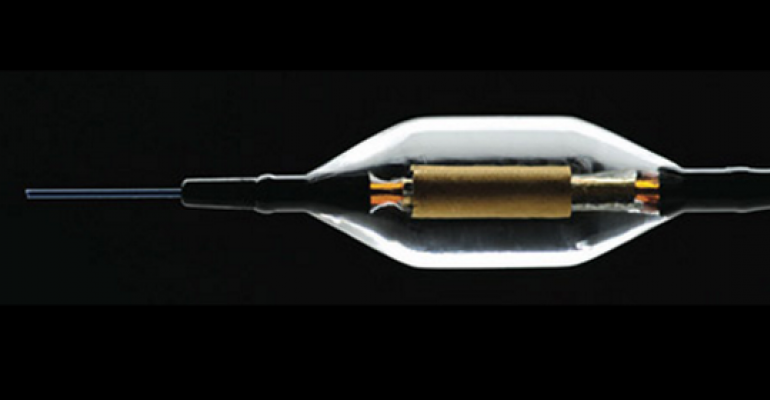 The challenge of renal denervation to control high blood pressure has humbled the likes of Medtronic, but a California startup forges ahead to tests its ultrasound-based system.

The challenge of renal denervation to control high blood pressure has humbled the likes of Medtronic, but a California startup forges ahead to test its ultrasound-based system.

Renal denervation, a neuromodulation therapy to control hypertension in patients that don't respond to medication, has humbled the likes of Medtronic as well as Covidien before it merged with the former.

Medtronic is attempting a do-over. Boston Scientific and St. Jude Medical have their own renal denervation platforms though neither has an approved device on the market. Now, a Palo Alto, CA startup is attempting to test its own device.

ReCor Medical announced Thursday that it has enrolled the first patients in it Radiance-HTN trial to test its Paradise Renal Denervation System. The randomized, sham control trial will enroll up to 292 patients across 40 medical centers in the U.S., U.K., France, Germany and the Netherlands.

Patients will be divided into two cohorts - the SOLO cohort will include patients who are on two or fewer blood-pressure controlling drugs while and the TRIO cohort will evaluate patients who do not respond to medication and are taking at least three antihypertensive medications. Through the procedure, a denervation generator delivers ultrasound energy and thermal ablation through a catheter to ablate and disrupt the renal sympathetic nerves while sparing the renal arterial wall.

Doctors involved in the trial and enrolling patients in the two cohorts expressed optimism for renal denervation.

"The SOLO cohort represents a large population of hypertension patients, many of whom are seeking alternative methods to manage a lifetime of hypertension treatment," said Dr. Huang at Sutter Health in Sacramento, CA, which enrolled the first SOLO patient, in a news release. "We are excited to be part of this important study and by the possibility that RADIANCE-HTN could demonstrate the efficacy of renal denervation with the Paradise System, and open a path to new treatment options for our hypertension patients."

While the device is being tested in the U.S., the ReCor Paradise system already bears the CE Mark and has been used in more than 200 patients.