Could BioSig Play a Vital Role in the Bioelectronics Market? 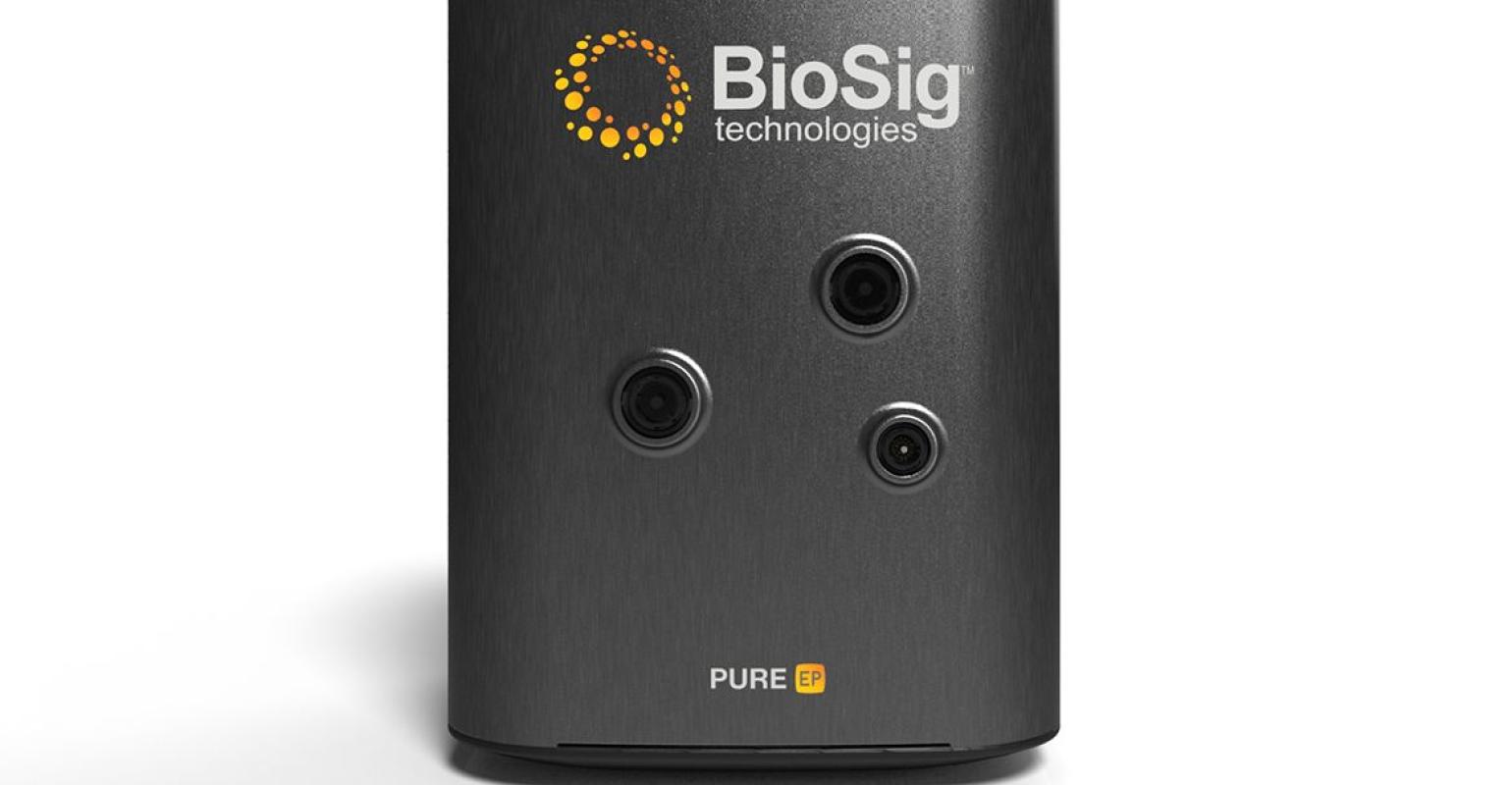 If BioSig’s Pure EP device is cleared then the technology could potentially have an impact on the rapidly growing bioelectronics market.

BioSig Technologies is hoping to make an impact in the $4.6 billion electrophysiology (EP) market with its first product offering. The Santa Monica, CA-based company is developing the Pure EP system, a surface electrocardiogram and intracardiac multichannel device.

BioSig filed said it filed for FDA clearance of the Pure EP system in late March. Once the company receives FDA clearance then it would turn its attention toward gaining regulatory clearance in Europe.

“We feel like we’ve made a very robust submission to FDA,” Ken Londoner, founder and CEO of BioSig, told MD+DI.

The Pure EP System is designed to cut through the background noise of the lab and its equipment during cardiac recordings, enabling physicians to target and neutralize the areas of the heart that are causing atrial fibrillation (Afib), and ventricular tachycardia (VT). More accurate targeting of the offending tissue may reduce the number of repeat catheter ablation procedures, which can last up to eight hours.

“The Pure EP system is not a recorder and it is not a mapping system,” Londoner said. “It basically improves the signal fidelity of the surface electrocardiograms and the intracardiac signals to enable ablation procedures. It gives physicians that are doing the ablation procedures information based off those software signals.”

Other companies in the space include Abbott Laboratories with the EnSite Precision cardiac mapping system and the Advisor FL Circular Mapping Catheter. Abbott inherited the technologies through its $25 billion acquisition of St. Jude Medical. EnSite Precision is based on St. Jude’s EnSite Velocity cardiac mapping system, which is used in more than 2,000 electrophysiology labs around the world.

Understanding how biomedical signals work could lead to additional indications and uses of BioSig’s technology. Mayo Clinic understands this and inked a 10-year-agreement with BioSig to develop applications for the Pure EP system.

“This is a technical and clinical collaboration where we’re trying to find ways to capitalize on our high signal fidelity,” Londoner said. “And we’re not just trying to look at intracardiac signals but other signals. Mayo is a big believer if they can understand different types of signals … they can create additional therapies to treat complex unmet needs.”

“The new technologies all over the world are coming into the space aggressively,” Londoner said. “From deep brain stimulation, to treating Parkinson’s disease, epilepsy, and migraines, there are many applications of electricity to treat conditions as opposed to surgeries, pills, and vaccines. As that area grows, the need for better signals grows. We’re really an enabling technology platform.  Our technology [has the potential to] enable better therapeutics as new therapeutic discoveries are made using electricity. ”