Is CareFusion Looking for a Medtronic-Style Megamerger? 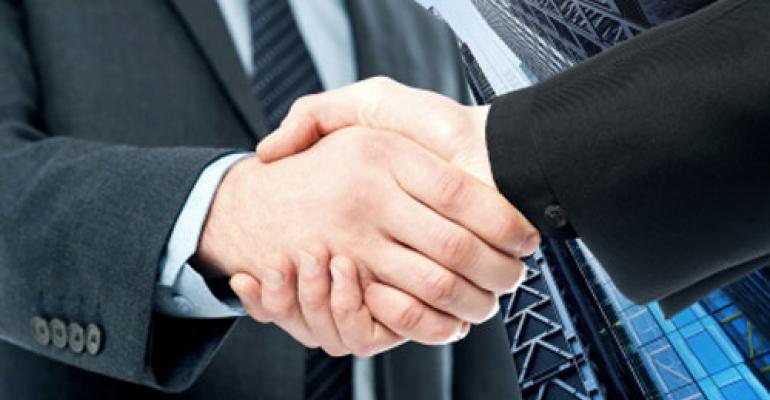 CEO Kieran Gallahue hinted that CareFusion is open to large-scale M&As and wouldn’t rule out an inversion deal à la the Medtronic-Covidien merger.

In a conference call yesterday to discuss the company’s year-end financial performance, CareFusion CEO Kieran Gallahue hinted that the San Diego-based medical device maker might jump on the bandwagon of medtech megamergers designed to reduce taxes.

Gallahue mentioned that capital deployment will remain “an important part” of CareFusion’s plans going forward. He told analysts the company plans to spend at least half of its free cash flow on share repurchases and “tuck-in acquisitions” over the next two years—amounting to an expected $240 million in fiscal 2015. Large-scale acquisitions aren’t included in that forecast, but Gallahue left open the possibility of reaching deeper into the company’s coffer if the right deal came along.

“Given the unpredictable nature of larger-scale M&A, we have heard from investors that it is less important for us to forecast it as part of our capital deployment plans,” Gallahue said, according to a Seeking Alpha transcript of the call. “To be clear, I want to reiterate our commitment to gain scale, grow outside the U.S., and improve our strategic portfolio of products via M&A. We continue to actively manage a pipeline of opportunities, covering all sizes, because we believe this is an important lever for our growth.”

CareFusion has already spent around $700 million on M&As and shelled out $1.1 billion for share repurchase as part of a three-year plan to deploy $2 billion announced two years ago. The company expects to complete its existing $750-million share repurchase program early in its 2015 fiscal year, after which it will immediately initiate another two-year, $750-million buyback program, Gallahue said. In all, CareFusion plans to spend $500 million on share repurchases in fiscal 2015, with most of that cash deployed in the first half of the year.

“This gives us the flexibility in the back half of the year to increase our share repurchases if needed to reach our long-term EPS goal but maintains the option of shifting the capital to M&A as needed,” Gallahue said. “We feel like this is the right balance of persistent, aggressive share repurchases while retaining flexibility and dry powder to be active on the M&A front.”

Gallahue said the company’s focus will be on accretive acquisitions, but again emphasized that big deals aren’t out of the question.

“I think the capabilities of this organization to handle M&A at any size remains,” he said. “We continue to have opportunities and targets that are both large and small. And for us, the first thing we look at is what's the strategic value of it. How does it make us a better company? How does it help us build scale? And we continue to look at acquisitions throughout that range.”

Gallahue also left open the possibility that CareFusion might seek out a tax inversion deal, which would reduce its tax burden on income earned outside of the United States.

“Fundamentally, we always look at M&A from a strategic lens and how it makes us a better business. There is certainly a component in there that some of these transactions may allow for an inversion,” Gallahue said, adding that the company is “well versed” on the concept.

Medtronic made waves in June with its $42.9-billion aquisition of Ireland-based Covidien in an inversion deal. The newly created company, Medtronic plc, will station its executive headquarters in Ireland but maintain operational headquarters in Minneapolis.

Corporate inversion is coming under increasing fire from politicians, with President Barack Obama asking Congress to take action to close the loophole and Democratic lawmakers urging the president to use executive action to end the practice.