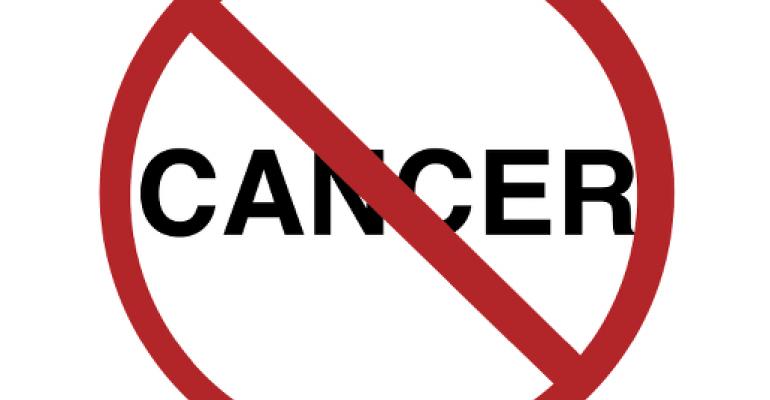 A host of deals and initiatives at the San Francisco conference underscore how overpowering cancer has become front and center in medicine and healthcare.

A host of deals and initiatives at the San Francisco conference underscore how overpowering cancer has become front and center in medicine and healthcare.

Every year private and public companies as well as the investor community descend upon San Francisco for three-to-four days of nonstop meetings, presentations and deal making.

At the 34th annual J.P. Morgan Healthcare conference that next big thing seemed to be battling a killer that has so far held the winning hand against humanity: cancer.

Companies small and large rolled out their plans to tackle cancer with the most promising tools they have and sometimes that involved a recognition that joining forces may be what is necessary to overthrow this killer disease.

The biggest news came out of Illumina, the San Diego DNA sequencing company, which announced on Sunday — just before the conference kicked off — that it is setting up a new company to help create a blood test for cancer detection. Illumina is the majority owner Grail that has raised $100 million in a Series A funding round.

The hope is that detecting cancer early before even symptoms manifest may be human kind's best shot at improving how many survive worldwide.

"We hope today is a turning point in the war on cancer,” said Jay Flatley, Illumina Chief Executive Officer and Chairman of the Board of Grail, in a statement. “By enabling the early detection of cancer in asymptomatic individuals through a simple blood screen, we aim to massively decrease cancer mortality by detecting the disease at a curable stage.”

According to Grail's website, most tumors shed nucleic acid in the blood and if that circulating tumor DNA can be measured, then one can arrive at a definitive and direct detection of cancer. This is more accurate than trying to measure the indirect effects of cancer. Illumina's next-generation sequencers will be the machines that will measure the circulating tumor DNA

The concept has attracted high profile investors aside from Illumina — Bill Gates, Bezos Expeditions created by Amazon chief Jeff Bezos, Arch Venture Partners, and Sutter Hill Ventures have all paritcipated in the $100 million Series A round. The company is currently on the hunt for a CEO.

While detecting all cancers early, which would the holy grail in fighting cancer, is the journey that Illumina and Grail are on, another important initiative is leveraging the most promising cancer therapy to have emerged in decades.

On Monday, the National Immunotherapy Coalition was launched to fight cancer by developing therapies that leverages patients' own immune system to overpower cancer cells.

Big pharma companies like Celgene and Amgen along with smaller biotech companies like NantWorks, NantKwest, Etubics, Altor Bioscience, and Precision Biologics, major academic cancer centers and community oncologists in collaboration with with Independence Blue Cross, a large payer and Bank of America, a large self-insured companies in the U.S have created what is being as a historic national coalition to speed up potential combinations of immunotherapies and make it the next standard of care for cancer patients.

The collaboration will allow individual participating companies and researchers access to 60 approved and novel agents being explored to enable quick testing of promising immunotherapy combination protocols. The goal is by the year 2020, the National Immunotherapy Coalition will design, initiate and complete randomized clinical trials in cancer patients with cancer at all stages of disease in up to 20 tumor types in as many as 20,000 patients.

And cancer immuno-therapeutics was at the heart of another deal announced whereby Novartis entered into a partnership with Surface Oncology by which the latter would be eligible to receive $170 million in near-term payments to develop new products that would target the tumor micro-environment as well as the native and adaptive immunity of humans.

While the above underscore the deals and collaborations in place, individual and company efforts at blunting the force of cancer were also on display at the J.P. Morgan Healthcare conference. Here are a few oncology companies, both device and biotech firms, that presented at the conference.

The public company has created a new kind of therapy called Tumor Treating Fields to treat brain cancers where a device placed on the skull creates a low intensity, alternating electric fields within the intermediate frequency range that can disrupt cancer cell division. The non-invasive therapy is aimed at targeting solid tumors. The technology is being tested in a range of cancers that include non-smal lung cancer, breast cancer, cervical cancer and malignant melanoma among many others.

This private company wants to bring personalized medicine to cancer treatment and improve cancer diagnostics as well. Its Caris Molecular Intelligence technology profiles the biology of a tumor and then helps oncologists decide which cancer treatment would most likely be effective for the patient.

By its very name, Human Longevity aims to contend with diseases that limit life, cancer included. On Tuesday, the company announced the launch of an oncology genomics program by which affordable cancer genome testing can be provided.

"There is a strong need for a new and cost-effective cancer genome product because most insurance companies aren’t generally covering these kinds of tests. We believe our science and technology should offer more informed treatment options for a large number of patients and their physicians,” said J. Craig Venter, Ph.D., Co-founder and CEO, HLI and the person credited for mapping the human genome, said in prepared remarks.