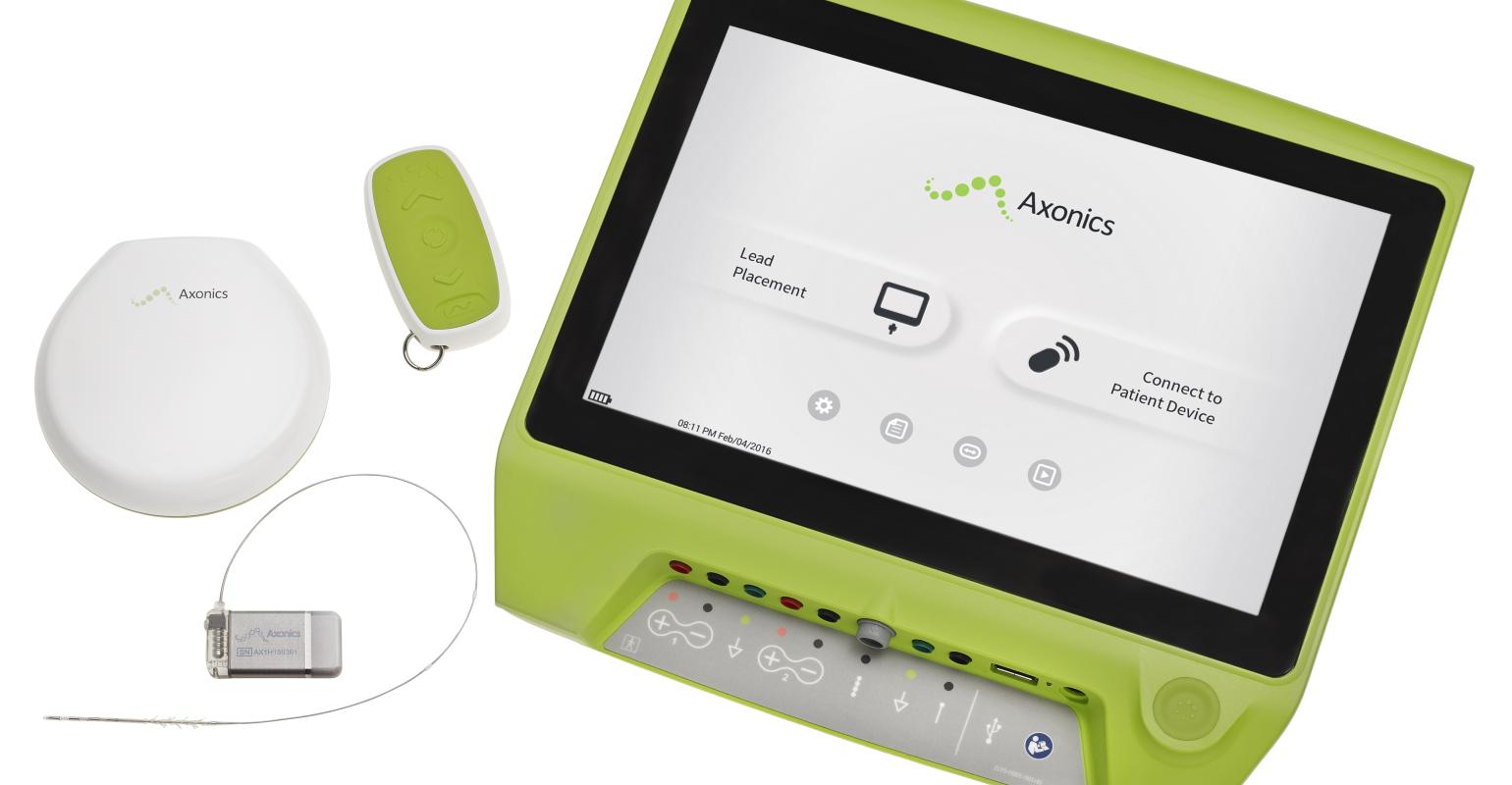 The Irvine, CA-based company estimates it could get a PMA for its rechargeable sacral neuromodulation to treat urinary dysfunction and fecal dysfunction sometime in 2019.

Axonics’ CEO Raymond Cohen wants to have the top spot in the sacral neuromodulation market when it comes to treating patients with urinary and fecal dysfunction. But to reach this position, Axonics is going to have some pretty stiff competition from one of the largest players in the game – Medtronic.

And while going head-to-head with the medtech giant might be a lofty goal for some smaller companies, keep in mind the Irvine, CA-based company just raised $120 million in an initial public offering, one of the largest raises in the industry in the past few years.

“Axonics started about four-and-a-half years ago and we have developed a miniaturized neuromodulation device,” Cohen, told MD+DI. “We decided to go after the clinical indication of urinary dysfunction and fecal dysfunction.”

He added, “we decided that this was the place wanted to focus given we felt that the patient population was dramatically underserved – meaning that there are nearly six million to 10 million patients in the U.S. that are taking drugs that are not effective to treat their urinary dysfunction.”

The company’s rechargeable sacral neuromodulation (r-SNM) system is an implantable device that works by stimulating the sacral nerve, which is responsible for bladder and bowel function.

It differs from Medtronic’s InterStim System, which isn’t rechargeable and needs to be explanted every few years. Axonics device is designed for a 15-year lifespan in the body.

Axonics’ device has gained CE mark, approval in Australia, and in Canada, but doesn’t have a nod from FDA. Cohen gave a possible timeline of when the technology could become available on the U.S. market.

“We have completed the enrollment and implant stage of a pivotal study in the U.S. under an IDE,” Cohen said. “All of our patients have been implanted as of the end of June. All of our patients will reach the six-month-endpoint at the end of December and then the company will file with the agency and hopefully receive PMA approval within a relatively modest timeframe.”

He said the company was estimating getting approval sometime in 2019. While Medtronic is the leader in the space, and has been for years, Cohen said that it was Axonics goal to take lead market share.

“I would invite every company that has any capabilities in this area to come on down and join the fray,” he said. “The rising tide floats all boats and I would suggest that as we grow this market from $700 million to $1.5 billion we’ll get plenty of company. The other companies in the neuromodulation spaces that are adjacent will probably want to put their eyes on this urinary and fecal dysfunction market. We thank that’s fine and that competition is healthy. But here are the facts, we spent $115 million over four years with a crack engineering team motivated like crazy to build the perfect product for sacral modulation.”