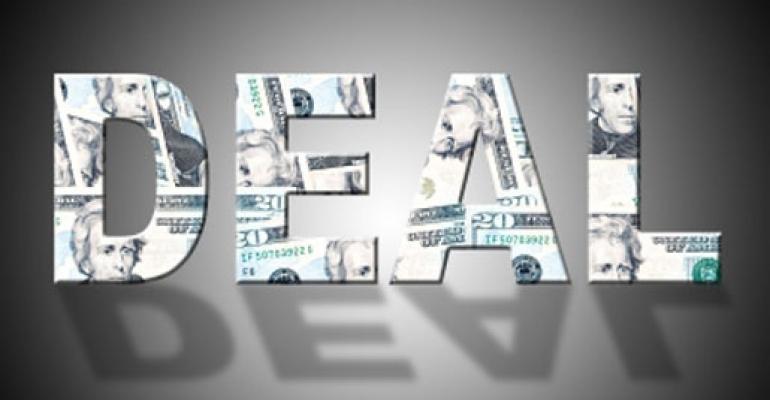 Abbott announced a $25 billion deal to acquire St. Jude Medical, a move that will transform it into a major medical device company with a much broader reach.

It's only April, but it's turning out to be a year of big acquisitions for Abbott.

Abbott's management team wasn't kidding when it told analysts in early February at the time of its $5.8 billion Alere acquisition that future deals were still a potential. Now, just two-and-a-half months later, Abbott has announced a $25 billion transaction to buy St. Jude Medical.

The acquisition, expected to close in the fourth quarter of 2016, is expected to give Abbott a top spot in the cardiovascular and neuromodulation spaces, both markets with fast-growing products in atrial fibrillation, heart failure, structural heart, and pain management. St. Jude has devices, like left ventricular assist devices (LVADs) for heart failure (from the Thoratec acquisition), ICDs and pacemakers, and atrial fibrillation catheters and mapping system, that should build out Abbott's stent and transcatheter mitral valve repair businesses. Abbott also has devices in the diabetes, ophthalmology, and endovascular areas.

"With a leading portfolio of products to target high-growth therapy areas, St. Jude is well-positioned to grow sales at a level on par with Abbott's growth rate," Abbott chairman and CEO Miles White said Thursday morning on an investor conference call. "When combined, our highly complementary medical device portfolios will be significantly more competitive together than either is alone . . . In summary, the acquisition of St. Jude immediately creates a premiere medical device leader with top positions and an industry-leading pipeline in therapy areas that are aligned to healthcare and demographic trends."

BMO Capital Markets analyst Joanne Wuensch raised the question of Abbott's future development in a research note following the conference call, "This transaction appears to be a response to evolution in health care purchasing. For ABT, it creates an $11B revenue medical device company (rivaling [Medtronic's] $29B, [Stryker's] $11B, and [Boston Scientific's] $8B), leading to the question of whether this is a two-step process (remember when Baxter purchased Gambro, it was really a prelude to the spin out of Baxalta)."

When asked about this directly by another analyst during the investor conference call, White said, "I don't think you should view this as a two-step process. I think the step today was a pretty big step."

Wuensch expressed some skepticism of White's expectation that the St. Jude business can increase sales growth to 5-6%, writing, "(we are more challenged on this assumption, as Street models look for STJ to accelerate to ~4% in the out years)."

There has been speculation in the past over a combination of these two companies. Last August, the Financial Times reported that Abbott intended to buy St. Jude Medical for $25 billion, but the company refuted the report then.

"Today's announcement is an exciting next chapter for St. Jude Medical, bringing together two industry leaders with a shared passion for innovation, culture, and patients," Michael Rousseau, St. Jude Medical president and CEO, said in the release. "Our combined scale will expand the global reach, competitiveness, and impact of our medical device innovation for physicians and hospitals."

Larry Biegelsen, analyst at Wells Fargo, wrote in a research note Thursday, "We have always believed ABT's and STJ's medical device businesses should be combined because (1) there is very little overlap; (2) the two businesses are very complementary; and (3) the combined businesses can compete more effectively with [Medtronic] and [BSX] in the cardiovascular device space because MDT and BSX currently have broader portfolios than ABT and STJ on their own."

Abbott now has the task of integrating both Alere and St. Jude Medical, transformative purchases for the company. White declined to comment on the Alere transaction during Thursday's investor conference call. "Today is about St. Jude. Beyond that, I'm not going to comment. There is no relationship between Alere and St. Jude here . . . these are completely independent events. The company can finance both and remain investment grade. We're quite confident."

The St. Jude Medical purchase should add up to $500 million in annual pre-tax synergies by 2020 and is expected to be accretive to Abbott's adjusted earnings per share in the first full year after closing, the release noted. Additionally, accretion should be approximately $0.21 per share in 2017 and $0.29 per share in 2018.

The cash part of the deal is being financed with medium- and long-term debt. Abbott is also expected to rebalance its capital structure with a $3 billion common stock issuance in the secondary market later, according to the press release.

For more on M&As in medtech, check out our comprehensive list of Medtech Mergers & Acquisitions of 2015.