2015: The Year of True Medtech Collaboration 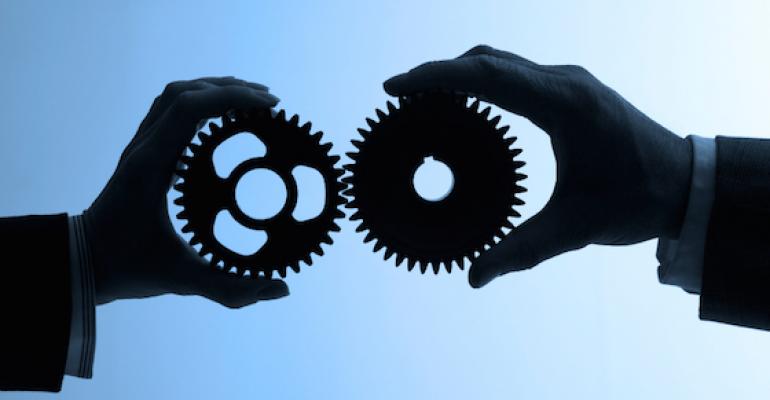 Medtech companies are finding that two (or more) heads are better than one. 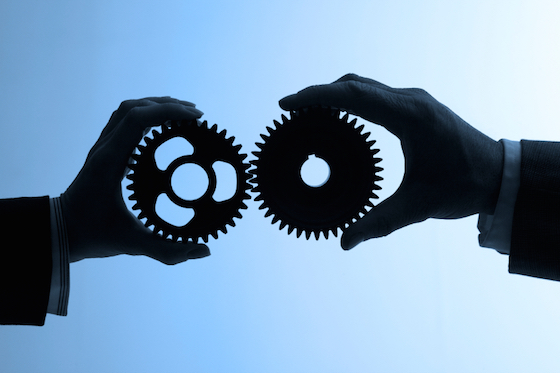 2015 has embodied a true kumbaya moment in healthcare.

Propelled by converging technologies and spurred on by the triple aim in healthcare, medtech companies have recognized the business value of collaboration. Throughout the year, they have struck interesting partnerships within and outside the medtech industry to achieve jointly what can’t be accomplished alone.

Of course one can argue that the medtech industry was borne out of collaboration between the medtech manufacturer and the physician eager to find better ways to treat patients. But the collaboration the industry is presently witnessing is of a different tenor and scope altogether.

“[Past collaboration generally [has been] within the ecosystem of medtech,” says Stacy Enxing Seng, former president of Covidien’s vascular business and a current board member of several healthcare companies. “Given the significant shifts occurring because of the Internet of Things, longitudinal data capture, consumerization of medicine and a clear shift from the concept of clinical distinction to economic value, I think ‘collaboration' is now moving medtech players to consider new capabilities and new partners."

There are several types of collaborations occurring in medtech.

Here’s how Dexcom’s CEO described the collaboration’s objectives in its latest earnings call.

“We intend to work together to develop simple low-cost sensor systems integrated into advanced data analytics platforms to improve diabetes care from pre-diabetes all the way through intensive insulin therapy,” said Kevin Sayer, according to a Seeking Alpha transcript of the company’s third quarter earnings call.

In fact, executives described how its R&D expense is going to increase significantly, partly because of its collaboration with Google. The company has already issued $36.5 million in stock to license certain technology from Google.

Johnson & Johnson and Verily have jointly created Verb Surgical to develop a new surgical robotics platform that will combine technologies such as minimally invasive surgical tools developed through the company’s Ethicon division with Google’s analytics capabilities to help surgeons make informed decisions during procedures. The aim is to reinvent the surgical robotics paradigm pioneered by the likes of Intuitive Surgical by making the robots, smaller, cheaper and faster.

Data is the bridge to meaningful information that forms the very backbone of clinical decision support, and with the move to value-based healthcare has acquired even great importance. That fact is not lost on medtech firms.

To mine the wealth of information from diabetes insulin pumps and detect patterns in the data, Medtronic is collaborating with IBM Watson Health, the Big Data solutions provider.

“With IBM, the focus is primarily on diabetes where we want to use the Watson analytics expertise and apply it to the dataset that we collect on a regular basis from patients with diabetes and see if we can use those analytics to better manage patient care,” said CEO Omar Ishrak in an interview in August.

Last week, Medtronic announced it was expanding its alliance with Samsung by which the tech company would develop digital solutions for its neuromodulation implants such that patient data could be transmitted in real time to physicians using smart mobile devices.

Interoperability has been a major obstruction to achieving not only hospital efficiency but more importantly better patient care.  Even though no overarching standards have emerged either from industry or mandated by government, baby steps are being taken at the individual company level.

For instance, Edwards Lifesciences announced an agreement with BD’s CareFusion whereby Edwards’ hemodynamic monitoring systems will work alongside CareFusion’s Alaris infusion pump to make sure that surgery patients have enough fluids without which they are at risk. The device and technology integration automates a process that has in the past included guesswork.

Medtech companies are also collaborating with hospital customers to lower the cost of healthcare. While such collaborations are not new to this year, the entities involved are becoming varied.

GE Healthcare inked a seven-year agreement with the Temple University Health System by which the company would provide high quality radiologic equipment and save the system more than $39 million in operational costs. The announcement has marked the first time that an academic health center has signed such a risk-sharing collaboration with a medtech company.

While the current state of collaboration in healthcare largely involves players that aren’t  direct competitors, as the industry adopts tools to moved toward value-based care more broadly, that might change.

“The future of health care will likely be based on collaboration among competitors across the system, where everyone has the same shared capabilities and data standards. This may require some individual entities to invest in tools for population management, even if it benefits other organizations in the system. Along the way, members should be at the center of these initiatives and their data should be a tool to move toward value based care.

Ultimately, there will still be winners and losers. But by working together, they all finish ahead of the pack.”