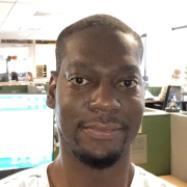 Omar Ford is MD+DI's managing editor. You can reach him at [email protected]

Could BioSig Play a Vital Role in the Bioelectronics Market?
Apr 05, 2018
If BioSig’s Pure EP device is cleared then the technology could potentially have an impact on the rapidly growing bioelectronics market.

GE's CEO Makes Good on Promise to Divest Assets
Apr 04, 2018
GE Healthcare is set to sell its Value-Based Care division to Veritas Capital for about $1.05 billion.

Boston Sci Triumphant in Latest TAVR Scuffle with Edwards
Mar 28, 2018
The ongoing TAVR patent dispute between Boston Scientific and Edwards continues, with the former scoring a partial victory over the latter in the U.K. courts.

Intact Vascular Has a Unique Way to Treat PAD Patients
Mar 27, 2018
Intact Vascular's Tack Endovascular System is an implant for precision dissection repair following balloon angioplasty and could be on the U.S. market with a BTK indication in 2020.