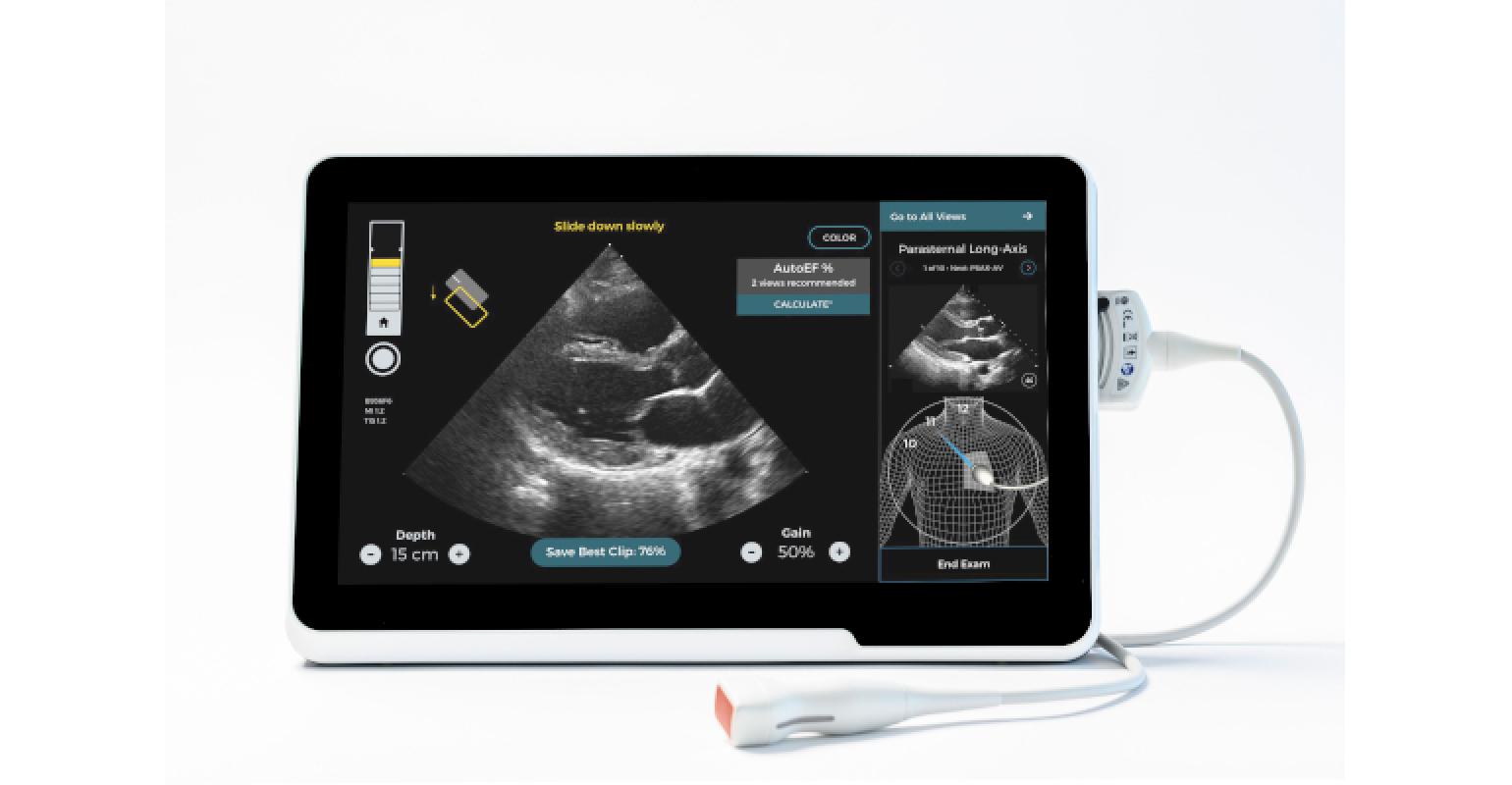 The $4.95 million grant from the Bill + Melinda Gates Foundation will enable the company to further develop its AI technology to include lung ultrasounds that can be performed by even inexperienced healthcare providers, perhaps making a difference in triaging COVID-19 patients.

“Because of the pandemic, hospitals are seeing an increase in patients with issues around the heart and the lungs,” said Kilian Koepsell, CTO and cofounder of Caption Health, in an interview with MD+DI. “Both of them are very important, and lung ultrasound in particular plays a critical role in triaging the patient to assess the severity of what's going on and then monitoring them throughout the disease and recovery.”

Koepsell said that the severity of COVID-19 can be reflected in the degree of pulmonary involvement, which can be seen on a lung ultrasound on exam. “When the patient arrives in the emergency department with suspicion of COVID-19, the lung ultrasound can be used for early detection, and it has been shown to be more reliable than a chest x-ray, for example,” he said.

But, clinicians who are well trained in ultrasound are not always available, especially during the current pandemic. The AI-guided lung ultrasound that Caption Health is developing could enable even inexperienced clinicians to perform a useful examination to assess different conditions.

“The big problem for adoption [of lung ultrasound] is that it is difficult for healthcare providers not versed in ultrasound to acquire the good images, to decide when you have a high-quality image, and then to interpret it,” Koepsell noted. “We help with all three steps.” He said the AI gives the user feedback on how to place the probe and manipulate it to get a good image. It also detects when the image is good enough to record and then gives guidance on the assessment.

“On a high level, our goal is to enable the clinicians to assess for a range of pulmonary pathologies and this will include pneumonia [as well as] pulmonary edema, pleural effusions, and pneumothorax,” Koepsell said.

Both the guidance and the assessment algorithms of the lung ultrasound use deep learning, a type of artificial intelligence that uses an artificial neural network. “The ultrasound image is processed by multiple layers of artificial neurons,” Koepsell explained. “Each layer processes the output of the previous layer, and in the end, the last layer of the network makes predictions, for example, [on] where to move the probe to get a better image or also about the likelihood that certain conditions are present in the image,” he continued. “The image processing is based on our current understanding of how that might be working in biological neural networks, like in the brain. The big advantage of doing it this way is that the network can be trained similarly to how we retrain the brain.” 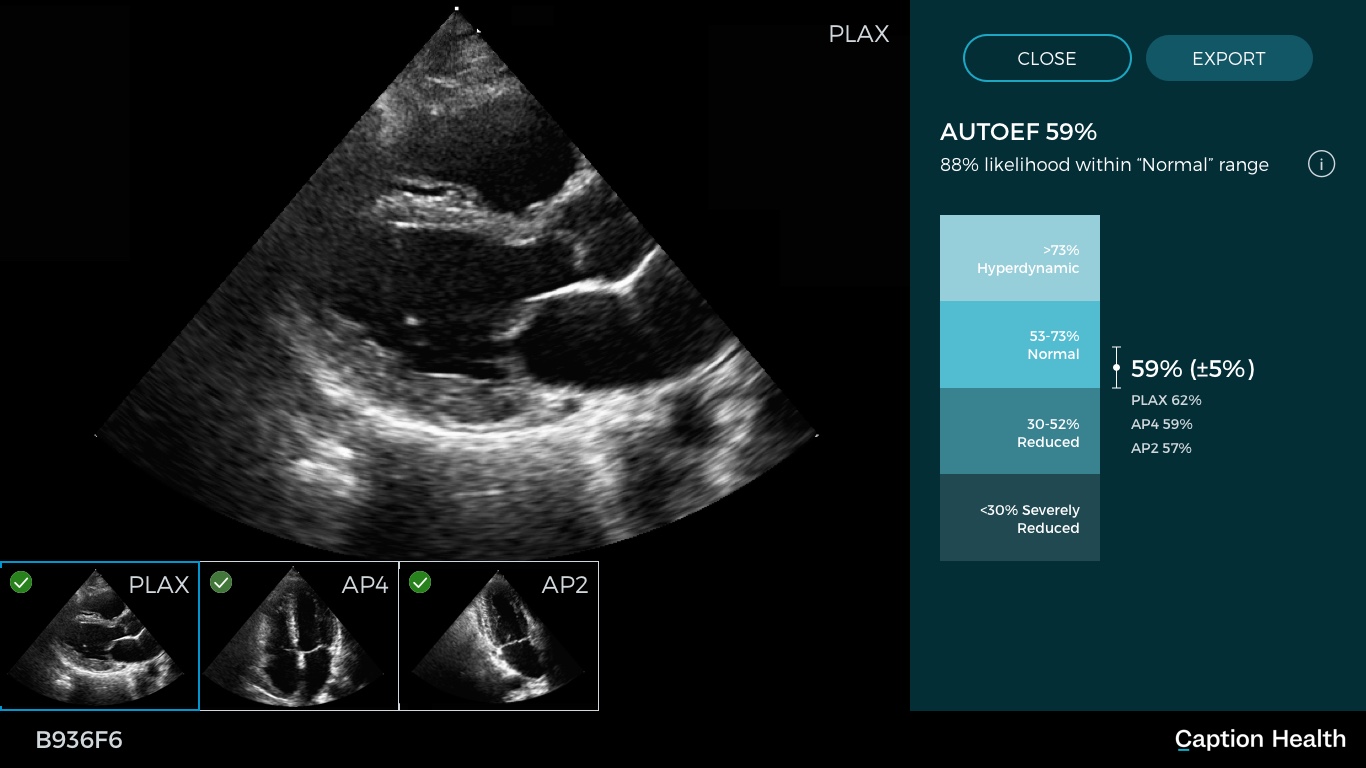 Caption Health’s first foray into AI-guided ultrasound was in the cardiac space. The company received a Breakthrough Device Designation for its software and is the first and currently the only FDA-cleared AI-guided ultrasound system. The company rolled out Caption AI to 20 leading medical institutions in the United States in September 2020 and it is currently in use at Northwestern Memorial Hospital, amongst others.

Koepsell shared one example from an institution that used the cardiac ultrasound technology. The cardiac ultrasound was performed by novice users on patients presenting with COVID-19 symptoms, and in 70 percent of cases, the patient’s course of treatment was changed from what it would have otherwise been. “There are definitely more controlled studies necessary,” he said. “But these early results show that there's a really great potential for impact on patient care and patient outcomes with this technology.”

The company’s current focus is the lung ultrasound, but it expects to adapt its AI to other organ systems in the future. “Our goal is really to empower and enable front-line care providers in any clinical environment to use ultrasound effectively for whatever they would like to look at,” Koepsell said. “And then the nice thing about ultrasound is that you can really image a lot of different organ systems almost everywhere.”

The Bill + Melinda Gates Foundation has awarded a $4.95 million grant to Caption Health for further development.

“This idea to democratize ultrasound to democratize medical Imaging, it's so powerful,” he continued. “Accessing visual images of organs like the heart or the lung, and being able to give this capability to any healthcare professional in any setting, just has enormous potential. This technology can be used anywhere, even in very resources-limited settings. This is I think why the Gates Foundation is so interested, in that it can really have a big impact on people all over the world,” Koepsell concluded.