No one is debating the value of a unique device identification (UDI) system to manage medical devices. As Jim Dickinson notes in his column, most of the comments received by the agency on UDIs showed support for the project.1 FDA is still in the process of collecting and reviewing those comments, although the comment period officially ended November 7 (FDA is still taking feedback).

No one is debating the value of a unique device identification (UDI) system to manage medical devices. As Jim Dickinson notes in his column, most of the comments received by the agency on UDIs showed support for the project.1 FDA is still in the process of collecting and reviewing those comments, although the comment period officially ended November 7 (FDA is still taking feedback).  “There are over 300 comments and about 3000 pages of comments,” says Jay Crowley, senior advisor for patient safety at CDRH. 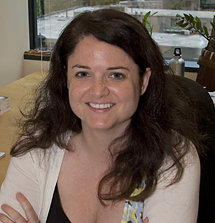 Crowley, who leads a team of about 15 FDA employees and several contract workers in managing the UDI project at FDA, says that the majority of comments the agency has gone through so far have to do with questions on implementation. “There are a number of issues raised, none of which are new to us—they are problems we’ve been discussing all along.” Device makers, he explained are chiefly concerned with how the system is going to work, and how it will work for individual device types.

The scope of medical devices is very likely the biggest hurdle any UDI system will have to overcome, and Crowley says the comments reflect that difficulty. According to WHO, there are more that 1.5 million types of medical device products on the market.2 The challenge is not lost on Crowley. “I’ve been in this industry a number of years and I still get calls about device products and technologies I’ve never heard of before.”

Another challenge is implementation time—that is, how soon device makers will have to figure out how to tag their products, with understandable tension on all sides. “We’ve laid out this phased in approach and manufacturers would probably like a little more time, while users would like the timeline compressed a bit and to have it happen more quickly,” says Crowley. Trying to satisfy all the stakeholders isn’t easy.

But a few things are predictable. Crowley anticipates that adjustments will come in the preamble or in additional guidance, rather than in the tenets of the document. For example, some comments highlighted a disconnect between how the document described UDIs for kits and their individual components. “These are more about FDA clarifying through guidance on how we expect it to work, rather than a change in policy or regulatory text.”

Another issue highlighted by the comments is how companies should handle the meta data. How companies organize and validate the data generated will be a significant indicator of the success of the system. Crowley advises that firms focus on flexibility and adaptability in the organizational structure—requirements from FDA are almost certain to change. “I’ve tried to emphasize that you shouldn’t think of this as a one-time system.”

What is key is that none of the comments have indicated a need to change the basis of the system. This means that companies do not have to (and in Crowley’s mind) should not wait to start planning for implementation. “I’m sure there are some companies that are waiting to begin implementation when the rule is finalized.” He strongly recommends against waiting. “We’ve got 80% of the issues figured out . . . the basics of the law are not going to change.” The longer companies wait to implement, says Crowley, the more expensive it will be.

But that doesn’t mean medical device firms are on their own. “We are not the first industry to institute barcode printing technology. There are a lot of resources.” Some of those resources come in the form of consultants, but Crowley has been on the circuit for a while, offering his expertise as a resource, as well. “FDA hopes to release draft guidances in February.” Crowley is also speaking at MDM West in February, so it’s a good bet that his topic will be the user’s guide.

Most important is that device makers not loose sight of the significance of a unique device identification system. Crowley believes the system will fundamentally change FDA’s ability to assess medical devices. “It will be a single source of truth.” To ensure that vision, Crowley is working tirelessly to make the UDI system as accurate and clear as possible. He still welcomes your comments.

Register for Jay Crowley’s session at MD&M West to get the latest on FDA’s User Guides on Unique Device Identification.

—Heather Thompson is editor-in-chief of MD+DI.