Image courtesy of the University of Sydney 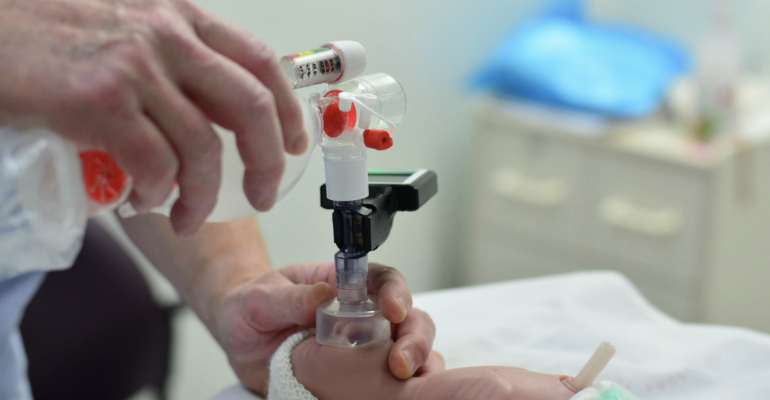 ResusRight raised nearly $800,000 to launch a newborn resuscitation training system, and to develop a resuscitation device prototype for use in the clinical setting at birth.

Australian startup ResusRight has raised nearly $800,000 in a recent investment round for a neonatal resuscitation device for babies who struggle to begin breathing after birth.

ResusRight was founded by two doctoral biomedical engineering students at the University of Sydney, Matt Boustred and Matthew Crott, along with Mark Tracy and Murray Hinder, a research team based at Westmead Hospital that specializes in improving care of vulnerable babies.

The startup recently received funding from the Cerebral Palsy Alliance, in the organization's first investment in a company, Startmate Accelerator, and angel investors for the development of Juno, a clinical training system for newborn resuscitation.

Co-founder and CEO Boustred said the funding will support the rollout of the Juno training system, followed by the manufacture of a resuscitation device prototype in the second half of the year.

Boustred said ResusRight aims to advance the gold standard of newborn resuscitation through equipment that is accessible in design and at a price point that is affordable to a global market.

Crott, co-founder and chief technology officer at ResusRight, emphasized the importance of training tools like Juno.

“We want to give clinicians the tools to be trained and resuscitate babies more effectively," Crott said. "A key issue in current practices is that the resuscitator has no measure of how much air they are giving to the baby, or whether their mask technique is correct. This means they can easily over-deliver or under-deliver air to the baby, both of which have potential to lead to lung or brain injury."

ResusRight is introducing the Juno into educational programs at Westmead Hospital in Western Sydney, Australia; Monash Health in Clayton, Australia; and Royal Women's Hospital the Melbourne suburb of Parkville, Australia.