The Verdict Is in: Now Sentencing Awaits in Holmes Fraud Trial 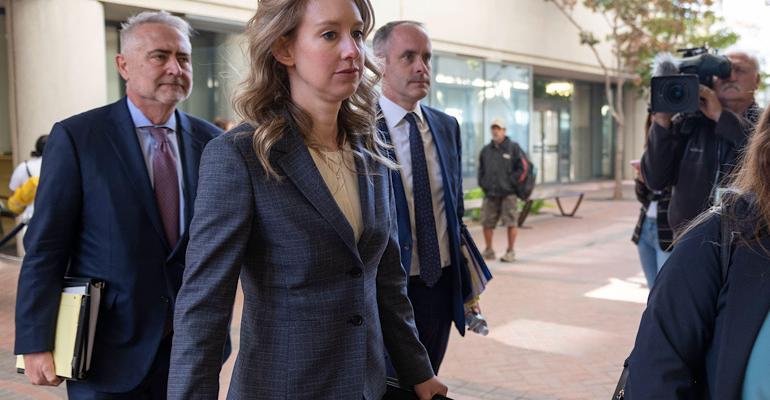 Elizabeth Holmes has been found guilty on four counts of fraud, but what’s next for the ex-Theranos CEO.

For years Elizabeth Holmes was an enigma in Silicon Valley. The founder and former CEO of Theranos was one of those larger-than-life personalities poised to change the way we test for disease.

Donning her black turtleneck (ala Steve Jobs), baritone voice, and penchant for not blinking, the Stanford University dropout launched Theranos and developed Edison, a diagnostic that could test for multiple diseases with just one drop of blood.

The façade surrounding Holmes, Edison, and the now-defunct Theranos have long since faded away. Now the medtech rockstar that had garnered mainstream appeal has been found guilty on four counts of wire fraud and conspiracy to commit wire fraud. Each conviction could carry a fine of $250,000 plus restitution and a maximum sentence of 20 years in prison.

Holmes was found guilty on all the counts pertaining to investors, but none of the counts that pertained to defrauding patients. The jury, who deliberated for more than 50 hours before turning over a verdict, was deadlocked on three of the charges.

“The jurors in this 15-week trial navigated a complex case amid a pandemic and scheduling obstacles,” San Francisco U.S. Attorney Stephanie Hinds said in a statement according to Bloomberg. “The guilty verdicts in this case reflect Ms. Holmes’s culpability in this large-scale investor fraud and she must now face sentencing for her crimes.”

The Incredible Trial of Elizabeth Holmes

Although Theranos was shut down for good in September of 2018, there were still questions on what would happen to Holmes, whose star was so bright and convincing she made MDDI’s list of Medtech Billionaires in 2015.

Answers to Holmes’ fate via trial would be delayed numerous times by the pandemic and the birth of Holmes’ child. The woman who was able to form a board that included the likes of Sam Nunn, a former U.S. senator; James Mattis, a retired US Marine Corps general who went on to serve as President Donald Trump's secretary of defense; and Henry Kissinger, former U.S. secretary of state, would eventually be tried in front of a jury comprising of eight men and four women.

The trial would stretch over three months and go over much of what was already known and covered in documentaries such as HBO’s documentary, The Inventor: Out for Blood in Silicon Valley (MD+DI covered several memorable moments from the documentary). The trial would also have some incredible testimony.

Who could forget Shane Weber, a former Pfizer scientist, who testified that said despite the company rejecting Theranos’ Edison because it did not work, Holmes and other executives used the drug makers logo to claim that Pfizer validated the diagnostic anyway, according to a report from CNBC. It was testimony that put a nail in the coffin of the “fake it until you make it” philosophy.

But perhaps the most powerful testimony came from Holmes.

She testified that she had been abused and manipulated by Ramesh Sunny Balwani, her former boyfriend and the former COO of Theranos, who joined the company in 2009. It was revealed in the documentary that Balwani and Holmes kept their relationship secret from investors. However, the pair’s relationship came to light during depositions both took in 2019.

Holmes’ testimony painted a crude picture of Balwani, according to a report from CNBC.

She testified that for the decade they were together Balwani would criticize her work ethic and would force her to have sex with him, according to the CNBC report.

There are still some dangling plotlines that need to be resolved. One of those plotlines includes the three additional charges that the jury was deadlocked on.  The New York Times reported that Judge Edward Davila of the Northern District of California, who oversaw the case, said he planned to declare a mistrial on those charges, which the government could choose to retry.

Holmes was not taken into custody and a sentencing date is expected to be set at a hearing on the three hung charges next week, The New York Times reported. Holmes will have the opportunity to appeal the conviction, or her sentence or both the report states.

The final plotline to be resolved will involve Balwani, who faces the same charges. He has pled not guilty and his trial is slated for some time next month, according to an article from Bloomberg Law.