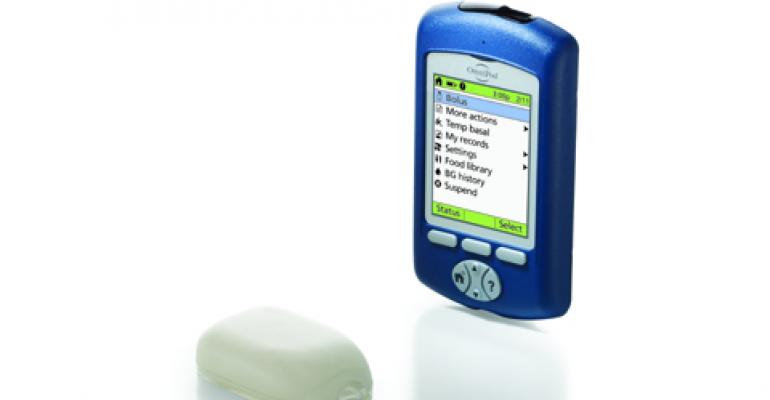 The insulin pump market is a challenging, but Insulet Corp. (Bedford, MA) hasn’t let that stop it from becoming a driving force of innovation in its respective space.

The insulin pump market is a challenging, but Insulet Corp. (Bedford, MA) hasn’t let that stop it from becoming a driving force of innovation in its respective space. With a focus on Type I diabetes, the company holds more than 7% of the underpenetrated U.S. pump market, according to Brian Roberts, the company’s CFO. Its award-winning product, the OmniPod, is the only tubeless insulin pump on the market and is used by more than 25,000 patients.
In 2010, Insulet celebrated its 10th anniversary with an aggressive international expansion for which the company anticipates reaping the benefits during the next couple of years. In May 2011, the company filed a 510(k) application for its next-generation OmniPod insulin pump and hopes to get FDA clearance by the end of this year. "The next-generation OmniPod is a third smaller, 25% lighter and is expected to reduce our cost of production by about a third, driving significant gross margin improvement,” said Duane DeSisto, president and CEO of Insulet, during a recent investor conference call. The company reengineered some of the materials used to manufacture the device and removed some expensive components to achieve a 65%+ margin profile. For example, the device uses three batteries instead of four, and the semiconductor chip was simplified—all while offering the same benefits as its predecessor.
Nearly 1.4 million people in the United States have Type 1 diabetes, and one out of four patients use insulin pumps. The OmniPod, which has been available for five years, is by far simplest and most easy-to-use pump on the market, said Roberts. The device provides enough insulin to be worn for three full days and strips out complexities of conventional diabetes products.
Insulet's most promising patient population is the under-18 age group, which is the OmniPod’s fastest growing segment. Currently, 30% of the company’s customer base is under 18. Roberts is confident that this particular patient population won't ever use a conventional pump. “That group’s never going to leave the iPod and go back to the cassette player,” he said.
The other advantage for Insulet’s expansion is the growing U.S. diabetes market, which is expected to achieve a compound annual growth rate of 10%, according to the World Health Organization. Roberts anticipates that the U.S. insulin pump market will double in its share of the type I diabetes market by 2018. The company could be preparing to meet this growing need. Last year it produced more than 4 million OmniPods, and this year, it expects to manufacture about 7 million. “We’re positioned as the wave of the future to be the pump of choice,” said Roberts.
Focus Going Forward
Highlights
Leadership
0 comments
Hide comments
Related