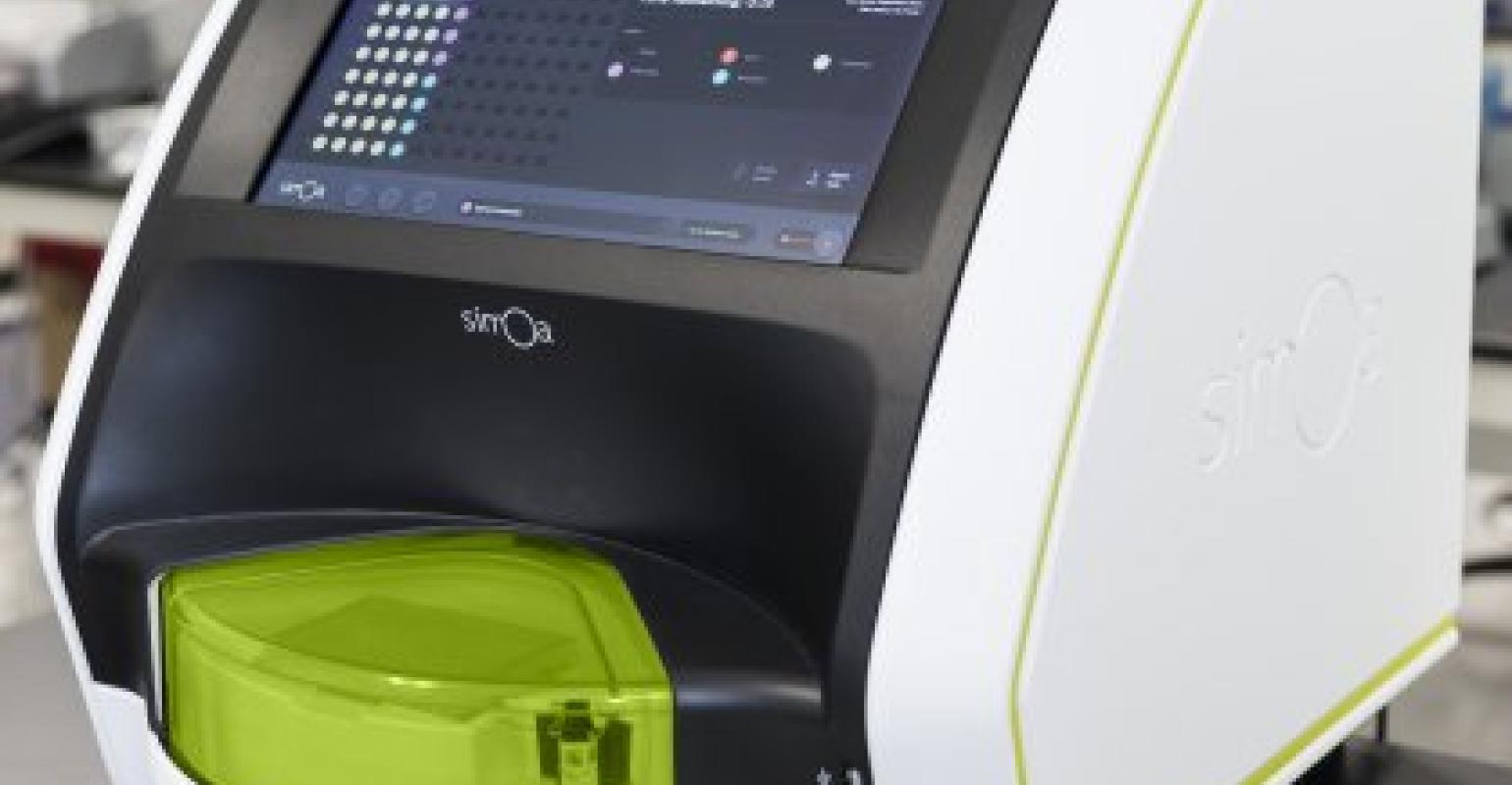 Quanterix's SR-X Ultra-Sensitive Biomarker Detection System can detect cancer, neurological disorders, inflammatory and infectious diseases, and heart events months or even years earlier, and less invasively, than existing technology.
Would you rather get a biopsy or a blood test to check for prostate cancer?

Would you rather get a biopsy or a blood test to check for prostate cancer?

Using Quanterix's single molecule array (Simoa) science, which is similar to a digital enzyme-linked immunosorbent assay (ELISA), the SR-X measures six biomarkers simultaneously with a roughly 1,000-fold improvement in sensitivity. This precision allows researchers to see proteins at a level not seen before; thus, detecting diseases when they're more easily treatable.

As it builds its diagnostics division, Quanterix—which closed its IPO in December 2017—is putting its attention on two lower-risk areas: research, to discover and validate new biomarkers; and pharmaceuticals, where the company already has a strong foothold. During the 2018 JP Morgan Healthcare Conference in San Francisco, Hrusovsky said 23 of the top 25 pharmaceutical companies use Quanterix's technology.

"There are ways to use biomarkers to make drugs less toxic and more effective by lowering the dose and making them more personalized," he explained in an interview.

It's a worthwhile cause. Of hospitalized U.S. patients, about 128,000 die annually from adverse drug reactions—on par with stroke deaths.

The SR-X allows for multiplex detection without compromising sensitivity or specificity. Researchers have access to more than 70 Simoa assay kits to measure critical biomarkers with higher sensitivity than standard immunoassay methods.

The approach uses "reaction chambers" that isolate and detect single-enzyme molecules. "We break a sample into 500,000 smaller samples," Hrusovsky explained. "By looking at each one of the smaller samples we can see very small events."

Simoa traps and seals individual immunocomplexes on paramagnetic beads in femtoliter-sized wells contained in arrays found on Simoa discs. "By doing one bead per well we have a signal-to-noise ratio that allows us to see a single protein, or DNA, RNA or microRNA expression," Hrusovsky said.

The SR-X can look at an entire surface area, similar to analog technology, or, "it can go digital, and that creates five logs of dynamic range," said Hrusovsky. "This means we can go from really low levels of abundance to high levels all in the same sample. That in itself is a breakthrough."

The result is akin to spotting a blade of grass in an area as large as the size of Alaska. The SR-X reportedly does this without the bias found in polymerase chain reaction (PCR). "Being able to read the native DNA/RNA samples, we think, creates a higher quality, more repeatable clinical answer," Hrusovsky says.

Because the SR-X can see proteins at a lower level than analog technology, the instrument can potentially detect disease earlier. The ability to see proteins in blood, urine, or saliva that other instruments cannot see could mean tests that usually require a biopsy or a PET or CT scan could use biomarkers instead.

Several studies are already underway to see if blood tests can complement or replace traditional cancer and Alzheimer's screenings. In October 2017, Intermountain Medical Center and the Intermountain Precision Genomics Program launched a three-year study to determine if doctors can use a blood test to improve breast cancer diagnosis. The study looks at whether screening patients for circulating tumor DNA can detect cancer.

Researchers have been studying use of biomarkers for Alzheimer's disease detection for some time. In July 2017, researchers from the Washington University School of Medicine in St. Louis, Missouri, studied 41 individuals over age 60 to assess blood concentrations of amyloid beta, a protein that, when it builds up, contributes to the development of Alzheimer's disease. Researchers found they found they could detect amyloid beta in blood with about 89 percent accuracy compared to PET scans.

Hrusovsky said studies published in more than 185 peer-reviewed third-party publications involve Simoa. Doctors and researchers have presented some of this work at Powering Precision Health, an annual conference he founded that addresses the shift in healthcare to personalized treatments.

"We can see molecularly in the body the impact of environmental factors—whether it be growth hormones or antibiotics in our food supply," said Hrusovsky. "To us it's a revolutionary opportunity."