HomeMarketsIVDAbbott Turns Focus Back to Core Growth Drivers
Recent
Markets
The European Commission isn’t Happy with Illumina
Sep 27, 2021
Medtech in a Minute: Axonics Refuses to Be Intimidated By Medtronic, and More
Sep 27, 2021
What Is Driving Next-Gen Remote Patient Monitoring?
Sep 26, 2021
Where Is Metal AM Headed? The Process Is Solving Supply Chain Issues
Sep 24, 2021 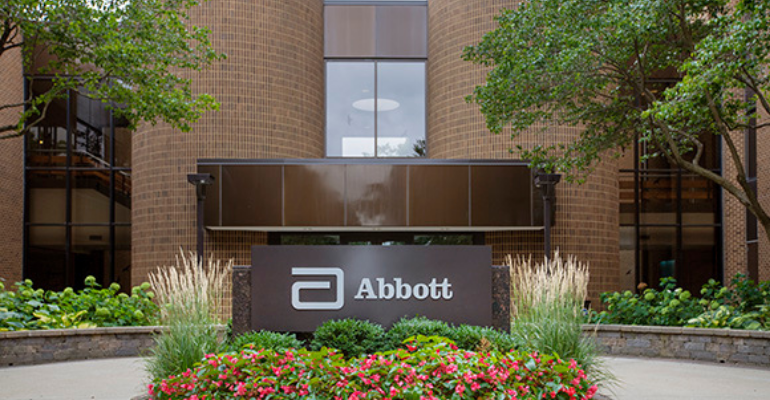 As the demand for COVID-related testing wanes, Abbott turns its attention to new products and growth drivers.

Abbott emerged as a leading test maker in the COVID-19 battle last year as the company quickly launched multiple tests for the virus in the early days of the pandemic. Even more impressive is the fact that the company earned its position on the frontlines while going through a leadership transition. CEO Robert Ford succeeded Miles White at the end of March 2020.

Now, roughly 16 months after Ford took the helm, the company is seeing demand wane for COVID-related testing products, even as the Delta variant is raising doubts about how quickly we can leave the coronavirus pandemic behind. The shifting dynamics became apparent in April when the company reported that total COVID-19 testing sales declined to $2.2 billion in the first quarter from $2.4 billion in the fourth quarter of last year. That said, Ford emphasized at the time that COVID-19 testing demand was still healthy, and that Abbott's BinaxNow COVID-19 test kit had just recently received emergency use authorization. The EUA enabled consumers to perform rapid, at-home, serial screening for COVID-19. Then, earlier this month, reports surfaced that Abbott is laying off more than 300 workers at its Westbrook, ME manufacturing facility.

Abbott's second-quarter earnings report shows that total COVID-19 testing sales dropped by about 41% to $1.3 billion in the second quarter from $2.2 billion in the first quarter. Still, Abbott expects COVID-related revenue to come in between $4 billion and $4.5 billion this year, which means Abbott should see another $500 million to $1 billion in COVID testing revenue during the second half of the year.

Even with waning demand, Abbott says testing continues to be critical to catching new outbreaks, particularly where vaccination rates are low, or availability is limited.

The good news for Abbott is that the company does have a diversified product pipeline to drive momentum. Business segments that were negatively impacted by COVID-19, including medical devices, are exceeding pre-pandemic levels, a company spokesperson told MD+DI in an email.

FreeStyle Libre continues to be a major force in Abbott's growth story. FDA cleared the Freestyle Libre 2 iCGM(integrated continuous glucose monitoring) system in June 2020. The company's first-generation FreeStyle Libre system won approval in September 2017. In the second quarter, FreeStyle Libre sales grew nearly 43%, with more than $900 million in sales during the quarter. Abbott touts that its continuous glucose monitoring system has more than 3 million users worldwide, including about 1 million users in the United States.

Another strength during the quarter came from Abbott's structural heart business, which was up 82%, driven by the highest-ever number of MitraClip procedures. Looking ahead, the company has high hopes for several new products, such as TriClip a transcatheter tricuspid valve repair system for the treatment of severe tricuspid regurgitation; the Aveir leadless pacemaker, Navitar and Portico transcatheter aortic valve replacement systems, and the Amulet minimally invasive left atrial appendage closure (LAAC) device.

With Abbott's Amulet LAAC device is expected to gain FDA approval in the second half of this year, Needham & Co. medtech analysts Mike Matson and David Saxon recently offered their views of how Amulet stacks up against Boston Scientific Watchman LAAC device. Amulet represents the first domestic competitor to the Watchman, which has been a blockbuster product for Boston Scientific.

While Amulet received a CE mark in 2013, roughly 8 years after Watchman, the device was considered the market leader in Europe about 3 years after its launch. Additionally, a meta-analysis comparing Watchman and Amulet indicates that the two devices have very similar safety and efficacy, Matson and Saxon said in the July 7 report. Rapid adoption of Amulet in Europe was attributed to ease of use, broad size matrix, and a complete seal of the LAA. The analysts said they expect Amulet to see rapid adoption in the U.S. market, based on the European experience.

Abbott submitted for FDA approval of Amulet late last year after completing a pivotal trial that was a head-to-head comparison to Watchman. Matson and Saxon noted that Abbott plans to present the data from that trial in the second half of this year.