Could Reimbursement for AI Solutions Really Be That Tricky? 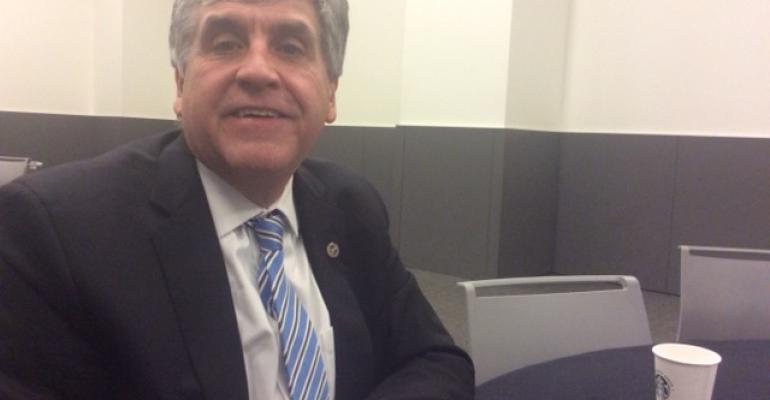 It would be almost impossible to ignore the recent artificial intelligence explosion in healthcare. There have been numerous approvals, clearances, and companies that are developing various solutions with AI capabilities. Some firms have taken the forefront with solutions that could really impact the healthcare landscape.

While AI is being readily accepted – there are still some questions surrounding its reimbursement from the Centers for Medicare and Medicaid Services. During Cleveland Clinic’s 2018 Medical Innovation Summit, which was held earlier this week, Eric Hargan, Deputy Secretary, Health and Human Services spoke with MD+DI about AI and how it can potentially be in a grey area.

“The process by which software is integrated into medical care is a hard thing to quantify,” Hargan told MD+DI from the media room at the Innovation Summit. “Normally if you have software embedded in – say a pacemaker - it’s easy to know what the software is doing. But when you venture out where technology is starting to do things like possibly analyze a disease state or support clinical decisions, you end up with something where the program in itself is seeming to participate in medicine. It’s analyzing and diagnosing things.”

He added, “how do we deal with that? From a reimbursement point of view, how do we have an AI [solution] go through a set of medical records and have them to say this is highlighting potential medical issues and looking at past decisions that were made for a patient. How do we pay for that, what is the value that’s being provided by the AI?”

Hargan said the biggest issue was determining how to reimburse a technology that could move so rapidly. He gave the example of a hospital system with two million patients. He asked what happens when you reimburse a hospital system for using a solution that will give a second opinion on each patient. He gave a hypothetical example of where the AI solution could be run every two-to-three days on the two million patients, noting that in this scenario reimbursement costs could be astronomical.

“Because it’s capable of doing this quickly and in scale, you can very easily run into an issue of reimbursement,” Hargan said. “We have to be careful about how we use the AI or how we pay for it, because if we leave it entirely out of the equation, we’re not going to incentivize people to use a revolutionary technology. We don’t want to cut that off or chill that innovation, but on the other hand, if we step out in a way that’s not thoughtful we might end up breaking the bank for the taxpayer.”

Hargan also spoke about the challenges that some entrepreneurs might have with current reimbursement practices. He said companies are going through rigorous paths from both FDA and CMS. He said there should be a way to have the two agencies work more closely with one another to simplify the process.

“Are we wearing out the innovators when we make them go through the gamut two different times,” he asked. “Is there a way we can run these processes a little bit more in parallel.”

An initiative like this has been tried before to make both CMS and FDA work more closely with another.

“But it has not yet, I think, gotten to the potential that it can,” Hargan said. “I think we can improve this process. The department has tried it before, but it so far has not reached its potential. I don’t think there is any good reason why we can’t have a process that is a little bit more rational for industry...”