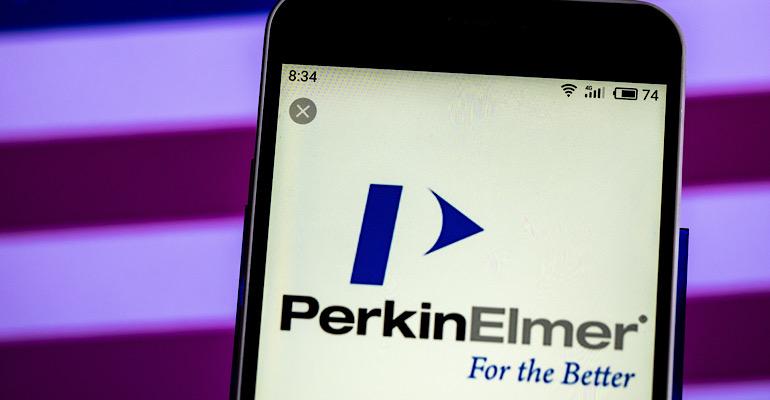 PerkinElmer is one of the latest companies with COVID-19-related diagnostics to make an acquisition. The Waltham, MA-based firm said it is in an agreement to acquire Immunodiagnostic Systems for about $155 million.

Companies with COVID-19-based diagnostics are proving to be extremely active on the M&A front this year. PerkinElmer is the latest firm to exercise its deal-making power, reaching an agreement to acquire Immunodiagnostic Systems (IDS) for about $155 million.

The transaction is expected to close in 3Q21.

“This proposed transaction is highly valuable for both parties as the respective product lines are to a large extent complementary,” Wolfgang Schlumberger, CEO of EUROIMMUN, said in a release. “The cooperation of our global distribution channels, the expansion of the immunoassay portfolio in closely related indication fields, and IDS's fully automated random access chemiluminescence platform strengthens our presence in immunodiagnostics. Our customers will benefit from a broader range of assays and laboratory diagnostic workflows.”

PerkinElmer has made a definite impact during the pandemic – receiving emergency use authorization for multiple diagnostic including an antibody test and one for asymptomatic people. The impact translated into added firepower to go after M&A.

This has become somewhat of a trend amongst companies with COVID-19 diagnostic offerings. Thermo Fisher Scientific and Hologic both hold the distinction in the group of having some of the largest deal value amount-wise.

The Waltham, MA-based Thermo Fisher Scientific announced in January that it would acquire Mesa Biotech for about $450 million in cash with the potential for $100 million.

Hologic had the largest deal, noting it would acquire Mobidiag Oy, a molecular diagnostics firm for about $795 million.

Hologic has set another record too –in the sheer number of deals that have been announced. The Waltham, MA-based company has made plans to acquire four companies so far.