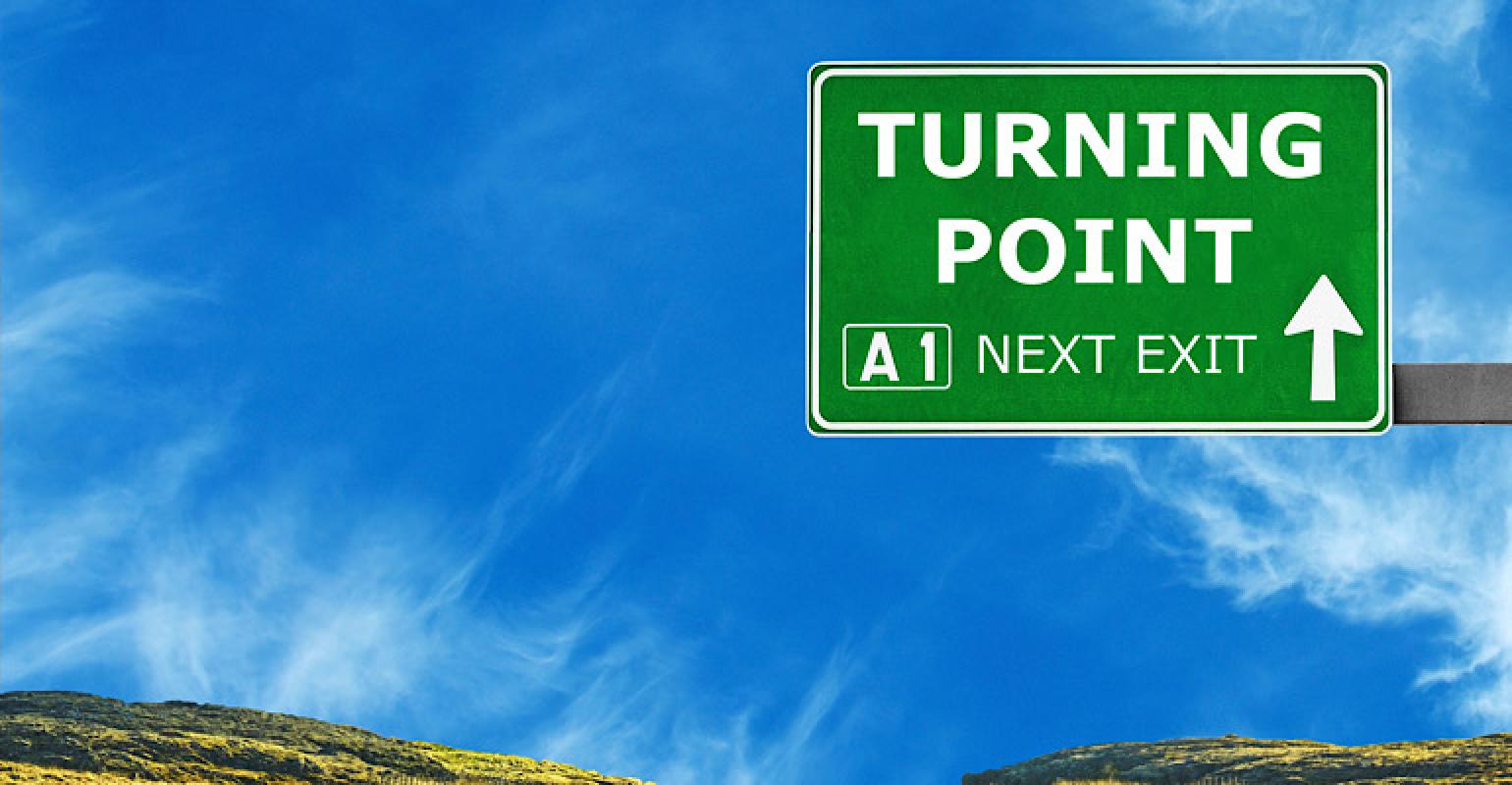 CVRx's BeAT-HF phase III randomized clinical trial results, hot off the presses in the Journal of the American College of Cardiology (JACC), represents a major turning point in more ways than one. Not only does BeAT-HF validate an important new device-based therapy for advanced heart failure, but the study itself is an example of how medtech companies can work interactively with FDA to bring breakthrough devices to market faster.

"The interactive and adaptive design of BeAT-HF is groundbreaking," wrote James L. Januzzi, MD, and Nasrien E. Ibrahim, MD (Massachusetts General Hospital, Harvard Medical School) in an editorial published online by JACC this week as part of their peer review of the study. "With growing incidence, prevalence, and risk of patients affected by HF, all hands must be on deck to 'beat the clock' and get safe, effective treatments to our patients."

Before we unpack the results of the study and why it is so significant for the heart failure space, let's take a closer look at why CVRx's trial design could serve as a roadmap for other medical device companies — and possibly for pharma companies too.

"The method itself is very unique, very new, and it has become the de facto new method that FDA would love to see other companies follow," Nadim Yared, president and CEO of CVRx, told MD+DI.

How BeAT-HF can help other companies 'beat the clock' 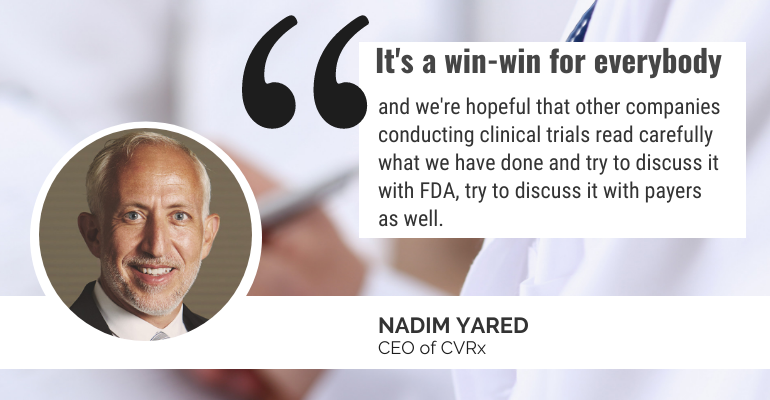 Back in 2015 FDA announced the Expedited Access Pathway (EAP), which was intended to give patients quicker access to innovative medical devices, and Minneapolis, MN-based CVRx received an EAP designation for its Barostim Therapy in November 2015, making it among the first technologies accepted into that program. The EAP later became part of the 21st Century Cures Act signed into law in December 2016, and the EAP is now known as the Breakthrough Devices Program.

"FDA decided that it is time to find ways to work collaboratively, interactively, with the researchers or with the sponsoring companies to accelerate the access of those life-saving or life-improving therapies to the U.S. patients who need them," said Yared, who has played a pivotal role in the industry through his advocacy work with The Advanced Medical Technology Association (AdvaMed) and the Medical Device Innovation Consortium.

At the time that CVRx's technology was accepted into FDA's new program, the company was completing the selection and training of clinical investigative centers to participate in the BeAT-HF trial.

"We came up with this idea that our trial could be done in two phases, rather than in one phase. It's an adaptive trial design that's very unique, that could save about two years meaning, in layman's terms, we could get this life-saving or life-benefiting therapy to the patients who need it two years earlier without sacrificing our need to demonstrate the safety and efficacy of the therapy," Yared said.

CDRx and FDA met weekly from August 2015 until November 2015, and then bi-weekly until about February 2016 to finetune the approach, Yared said.

"We were the first company to get a trial started with this approach," Yared said. "And now the results of this trial are published in JACC and the editors [Januzzi and Ibrahim] noted in their editorial comments that it's all about the methods here, how not only other device companies should use a similar method, but also they're suggesting that even drug companies should use a similar trial design."

Yared said that if other companies follow this approach it will accelerate patient access to breakthrough medical devices in the United States, and companies may be able to reduce their R&D costs, because most of the expenses associated with bringing a new therapy to market is the clinical research cost. Then, by reducing those costs, the hope is that companies will apply that savings to innovation, he said.

"It is a win-win for everybody, and we're hopeful that other companies conducting clinical trials read carefully what we have done and try to discuss it with FDA, try to discuss it with payers as well," Yared said. "We also hope that investors look at what we have done and encourage companies that they have invested in or are interested in investing in to also consider such approaches because it will make their return on investments hopefully higher and therefore allow them to invest in more technology."

It's worth noting that the Breakthrough Devices Program has already benefited quite a few companies already, not to mention the patients who will ultimately benefit from earlier access to those companies' much-needed technology.

Historically, FDA and the medical device industry have had a frosty relationship, if this MD+DI headline from 1996 is any indication: FDA and the Device Industry: A Tale of Suspicion. Industry criticized FDA's lack of transparency and lobbied for reduced regulatory costs and time to market. Meanwhile, industry wasn't very open with the agency either.

"When I started my career many, many years ago in the medical device world, the word on the street was 'don't ask the FDA because the answer to your question might not be what you want to hear.' And that's bad, bad, bad advice," Yared said. "So my advice to everybody is to talk to the FDA as soon as you can, talk often, ask questions, get the answer, and if there's any doubt, ask again."

This more interactive and collaborative approach to designing a pivotal trial can be attributed in large part to Jeffrey Shuren, MD.

Shuren took over as director of FDA's Center for Devices and Radiological Health (CDRH) in 2009 after the departure of the highly criticized Daniel Schultz, and gradually those agency-relations began to thaw. Under his leadership, CDRH has worked to become more consistent and transparent with industry and to improve review times for new medical devices.

"Back in 2009 he spent a lot of time trying to figure out how to change the culture at FDA to make it more interactive because at the end, his goal is to accelerate access to patients without decreasing the safety or the efficacy requirements," Yared said. "... And in his mind, the only way to do this is through collaborative work and more interaction, and he has done it by changing the culture in the [CDRH]."

Results from the BeAT-HF trial ultimately led to FDA approval for CVRx's Barostim Neo device for improvement of symptoms in patients with heart failure. CVRx says it is the first device FDA-approved device to use the power of the brain and the nervous system to improve the symptoms of patients with reduced ejection fraction (HFrEF) – also referred to as systolic heart failure. The device is also on the market in Europe under a CE mark for HF and resistant hypertension. 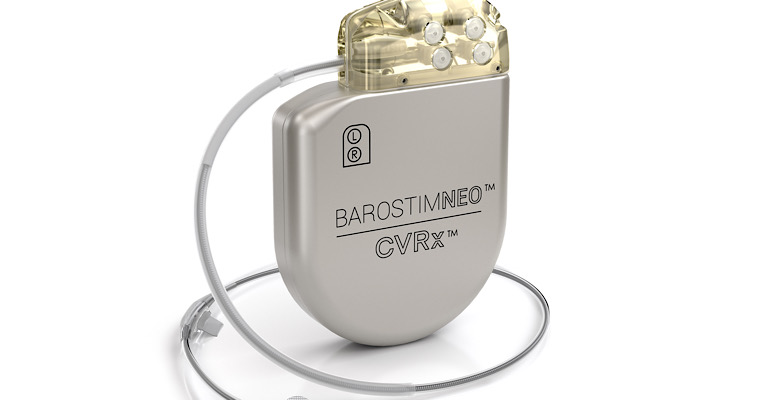 The Barostim Neo (pictured above) is designed to send electrical pulses to baroreceptors located in the wall of the carotid artery to help restore balance to the autonomic nervous system. That is how the device improves the symptoms of heart failure (HF).

"Publication of the BeAT-HF trial results in the esteemed, peer reviewed JACC journal provides further validation that we finally have an effective neuromodulation therapy for advanced HF patients, who did not have access to device-based therapy," said Michael Zile, MD, professor of medicine at the Medical University of South Carolina, and chairperson of the BeAT-HF executive steering committee. "The Barostim Neo improves patient-centered symptomatic endpoints of quality of life score, exercise capacity, and functional status. These results are supported by objective evidence of a significant reduction in NT-proBNP, which in recent studies was associated with a lower rate of cardiovascular death or heart failure hospitalization."

Key qualifications for enrollment in BeAT-HF

The BeAT-HF trial results represent the intended use population that reflects the FDA approved instructions for use included 264 randomized patients.

The industry veteran says the last really big news in the treatment of heart failure was nearly two decades ago with the Medtronic-sponsored MIRACLE study (Multicenter InSync Randomized Clinical Evaluation). Published in June 2002 by the New England Journal of Medicine, MIRACLE was a double-blind study of cardiac resynchronization therapy in patients with moderate-to-severe heart failure and a prolonged QRS interval.

"Since then we've done some more to learn how to diagnose the patient and monitor them, and it wasn't until this year that we have a new crop of medical devices that address the forgotten half of heart failure patients," Yared said.

The 'forgotten half' of heart failure

One particularly interesting outcome of CRVx's data is the improved exercise capacity by 60 meters (p<0.001) as measured by the standardized 6-minute hall walk test. Yared said that those results are almost two times better than the data that Medtronic was able to show 20 years ago for the CRT devices in the MIRACLE trial.

Granted, Yared acknowledged, there has been some progress since then through pharmaceutical therapy and patient monitoring improvements, so hopefully those patients are better treated today than 20 years ago. And yet, the BeAT-HF data still shows significant improvement on the standardized hall walk test compared to the control group.

CRVx has been a MD+DI reader favorite for a few years now. Back in 2016, our readers voted for CVRx to be the readers' choice for Medtech Company of the Year.

Learn more about the Barostim Therapy in the video below, courtesy of CVRx: