In Next 6 Months, Will Medtronic, Bos Sci, or St. Jude Win? 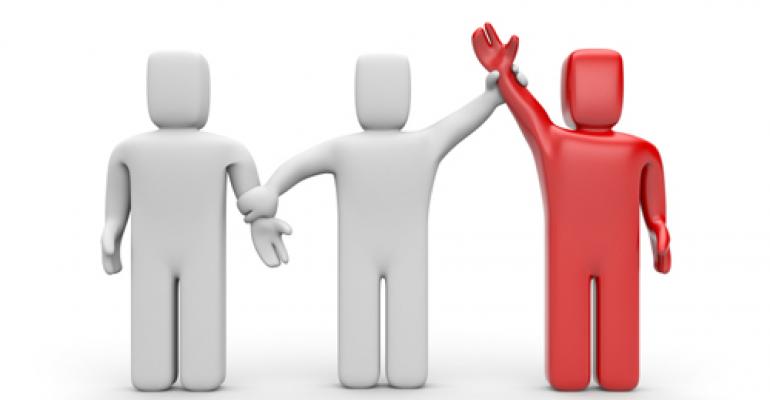 All three companies are likely to do well with their cardiology products in the next six months, but which will phyiscians favor the most.

All three companies are likely to do well with their cardiology products in the next six months, but which will phyiscians favor the most?

Medtronic, St. Jude Medical, and Boston Scientific all have promising cardiology products that are going to stand them in good stead in the future.

But in a small survey of 26 cardiologists conducted by BMO Capital Markets in March, a clear winner emerges.

When asked the question "How do you expect your product utilization to change in the next six months, physicians responded like this:

For Medtronic, 92% said they will use the Irish company's products more, and 8% said they would use less.

The same question was asked of physicians in a November survey and the comparison puts Medtronic ahead of the pack, according to a research note from Joanne Wuensch, an analyst with BMO Capital Markets. [It's important to note here that product utilization excluded the use of transcatheter aortic valve replacement products in the survey.] 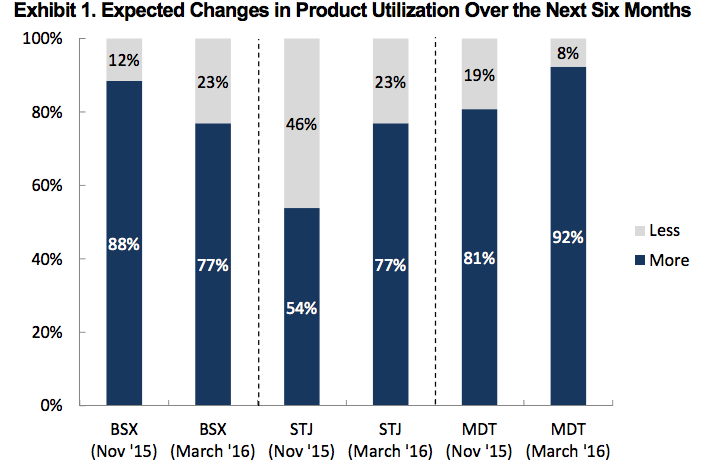 Wuensch cautioned against reading too much into the survey pointing to its small sample size and the fact that checking something on paper may not always translate into actual practice.