HomeBusinessMedtech Salaries and Staffing Are Up in 2013, But Don't Call it a Trend Just Yet
Recent
Feds Crack Down on Reused Rectal Probes
May 18, 2022
Paige Wins CE-IVD & UKCA Marks for AI that Detects 4 Prostate Cancer Biomarkers
May 18, 2022
Europe’s Largest Commercial Lab Building to Be Built at Canary Wharf
May 18, 2022
Stryker Is Smart to Pursue This Type of Reimbursement
May 18, 2022

Medtronic Wants to Ease Your Pain with Closed-Loop Implantable
May 17, 2022
An At-Home Collection Device for Diabetes Risk Testing
May 17, 2022
MannKind Acquires Wearable Insulin Device from Zealand Pharma
May 17, 2022
Movano Wants to Put a Ring on It
May 17, 2022

Medtech Salaries and Staffing Are Up in 2013, But Don't Call it a Trend Just Yet 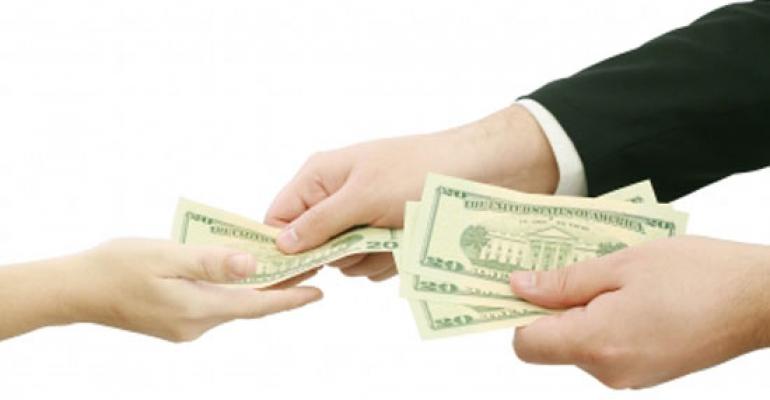 MD+DI's annual Medtech Salary Survey shows that compensation and staffing levels increased this year, but it's too soon to say if the 2013 findings are an outlier or a reason for optimism.

It has been a pivotal year for medtech. The dreaded medical device excise tax took effect on January 1, and the sky did not fall, as many in the industry had predicted. The—albeit troubled—rollout of state and federal health insurance exchanges hammered home the likely fact that the Affordable Care Act is here to stay, and even FDA showed signs of tentative collaboration with the industry.

What it all means is that some of the uncertainty that has plagued the industry of late is beginning to dissipate. Reasons for optimism are still few and far between in this business, but MD+DI’s 2013 Medtech Salary Survey could offer a glimmer of hope. This year’s results showed some encouraging findings—an increase in staffing and a bump in compensation—but it remains to be seen whether the sun really will come out tomorrow or if it’s just a break in the clouds.

An End to the Hiring Hiatus?

After declining 8.4% last year, the average number of full-time employees at medtech firms climbed 13.2% this year, according to our survey. Indeed, the tide of large-scale layoffs seems to have ebbed in 2013, but the jury is still out as to whether industry hiring has regained its momentum.

Some recruiters, including Tom Johasky general manager of Ft. Lauderdale, FL-based Medical Device Recruiters Inc., report that medtech is still an employers’ market. “There have been significant job losses in recent years, and though there are trickles of people reentering those organizations, the employers still have the upper hand,” Johasky says. “Hiring companies are still taking their time to find exactly what they’re looking for in a candidate.”

That’s a far cry from the prerecession days, when he says companies were willing to settle for candidates who didn’t meet every requirement in the want ad. “There were very few candidates on the market available for interview, so if they found somebody that met three out of four [of their requirements], they would hire them.”

But others disagree. Brian Cole, managing partner and leader of the medical device practice at Dallas-based recruiting firm Kaye/Bassman International, says for most medtech positions—with the exception of sales reps—hiring has started to pick up. “From mid-management to senior engineers, etc., these guys are all employed,” Cole says. “I’m out there headhunting, stealing people from one company and bringing them to another.”

For Philips Healthcare, Americas, finding qualified candidates for medical device jobs that require at least a four-year degree has been a challenge, says Karoline Lariviere, vice president of human resources. “For these positions, we see the labor market supply continue to trend toward a talent deficit, meaning there are more jobs available than there is talent to fill them,” she says.

But Bob Jeffers, a recruiter with Allen-Jeffers Associates, a medical device recruitment firm based in Irvine, CA, says large companies will always have job openings. “The Johnson & Johnsons, the Medtronics, the Boston Scientifics, they’ll be laying off 1500 people and they’ll still hire people,” he says. On the other hand, smaller companies—especially those developing high-risk devices—continue to keep staffing levels lean. “We’re finding with startups, if they have a Class III product, they’re less apt to do hiring right now,” he says.

Some Jobs are Hot, Others are Not

Two areas in which recruiters agree that hiring is happening are regulatory affairs and quality assurance/quality control. And employees can likely thank FDA for that. “Device companies are combatting warning letters with bodies,” Cole says. “Right now I would say quality is in as high demand as I’ve ever seen it.” And the trend seems to span companies of all sizes.

Jeffers says large companies are adding regulatory affairs professionals dedicated to both U.S. and international submissions, and even startups, which in the past have tended to outsource such work, are bringing regulatory affairs personnel on staff. “If you’re a startup, you have two choices: You can either use a consultant and hope for the best or hire somebody and get the best,” Jeffers says. “More and more people are trying to bite the bullet and hire people.”

The rising demand for employees in the areas of quality and regulatory affairs is also reflected in earnings. Salaries for quality assurance and quality control professionals jumped more than 3% this year, according to our survey, and though regulatory affairs salaries trended downward, earnings for employees with that job title beat all others in our survey with the exception of general and corporate managers.

The two job descriptions that saw the highest median salary increases this year were product design engineering, for which salaries rose 11.5%, and research and development, which saw compensation jump 4.5%, according to our survey. But Jeffers says the wealth likely wasn’t spread equally among professionals in these fields. “If you’re talking about electronics and software development, that’s true; if you’re talking about mechanical and plastics engineers, that’s not what’s happening,” he says. Salaries for the former are being driven up because medical device firms are competing with consumer technology companies and Internet giants such as Google for talent.

Notably, both salaries and total compensation for general and corporate managers fell this year, according to the survey. That doesn’t come as a surprise to Johasky, who says he’s seeing companies trim the management fat and ask lower-level executives to take on increased responsibilities without additional remuneration. Jeffers recalls a manager he placed with a company four years ago for a base salary of around $180,000. When the company was acquired, the manager stayed on but eventually decided he didn’t want to keep up the travel schedule demanded of him. He left for a similar position at a startup, where Jeffers estimates he made around $15,000 less.

Overall, though, our survey showed that after remaining stagnant from 2011 to 2012, the median salary grew 5%, to $105,000 this year. A bigger share of employees than last year also reported that their employers offer perks including health insurance, 401(k), dental insurance, bonuses, educational benefits, profit sharing, life insurance, and incentive pay.

While Johasky and Jeffers said that they believe employees are still being asked to do more for less, Cole says he sees companies offering more competitive compensation packages. “I’m not surprised that salaries are up 5%, and I expect next year that number will be even higher,” he says.

Job Security is Up, Satisfaction is Down

As the rate of layoffs in the medtech industry seems to have slowed, at least some employees are breathing a sigh of relief. A higher percentage of respondents to this year’s survey report feeling more secure about their jobs than they did 12 months ago.

“I think they are right to feel that way,” Johasky says. “After the amount of downsizing that has occurred among the major players in the industry, they’re probably about as skinny as they can get. Still, there’s not a month that goes by that you don’t see somebody being laid off for one reason or another.” That explains the 16% of medtech employees who feel their jobs are more in jeopardy today than they were a year ago.

Ironically, even as our survey showed that a bigger share of employees feel more stable in their jobs and employers are offering more benefits and higher salaries, job satisfaction ticked down. Last year job satisfaction among respondents averaged 3.8 on a scale of five; this year that number fell to 3.7. In addition, more than a third of respondents said they feel their compensation is too little, also up from 2012.

But job satisfaction and compensation aren’t necessarily linked. A recent survey by Philips North America that examined factors driving job satisfaction found that the ability to apply personal interests in the workplace could be more important than money. More than two-thirds of the respondents to the company’s “Work/Life Survey” said they would take a pay cut to work in a job that better allowed them to apply their personal interests on the job, with nearly a quarter willing to forfeit 25% or more of their salaries for such a privilege.

“Today work isn’t just about the paycheck but rather about doing and achieving what is personally meaningful to the individual,” says Philips’ Lariviere. To appeal to that sentiment, the company has instituted volunteerism, recognition, and flexible workplace programs, including an unlimited incidental absence policy, to help boost job satisfaction among employees.

Our survey also showed that dissatisfied employees aren’t just complaining; they’re looking for greener pastures. More than 40% of respondents said they are either actively looking for a new job or are strongly considering a new job search—up from a third last year.

Johasky says the rising restlessness and dissatisfaction among medtech employees could be the result of the salary stagnation they have experienced in recent years. “Maybe it’s because the opposite is happening at home,” he says. “The cost of living expenses goes up, the cost of housing goes up, mortgage rates go up. When that happens and salaries don’t keep up, they have less money to spend on their own well being.”

And despite the uptick in earnings shown in this year’s survey, Jeffers says he doesn’t see much change in medtech compensation on the horizon. “I would say things aren’t getting better, but they’re not getting worse,” he adds.

Cole has a more optimistic view. While employees’ lower job satisfaction, discontent over compensation levels, and willingess to change jobs might sound troubling trends to medtech employers, in a strange way they could actually signal that the industry is beginning to emerge from tough times, he says. When employees are worried about being laid off, they’re more likely to be complacent about their compensation and thankful they even have a job.

“I think we’re getting through some of the hurdles,” Cole says. “Now that employees are seeing new job opportunities, they’re saying things have stabilized, and they’re starting to understand that they can be a bit more valuable.”

While many of the findings of 2013 Medtech Salary Survey are encouraging, it’s too soon to say if they represent a positive trend or if this year’s results were simply an anomaly. Here’s hoping it’s the former and that 2014 will be a prosperous year for both medtech companies and their employees.

Jamie Hartford is the managing editor of MD+DI.