Will Stryker's Mako Knee Product Be Worth The Wait?

Stryker's full release of Mako total knee product could steal the show at the annual AAOS meeting in March, after the company made the market wait more than a year after winning FDA approval for the product. 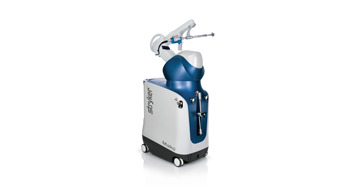 Stryker has made the market wait for more than a year for the highly-anticipated release of the Mako total knee product.

Not that the company didn't have its reasons. As CEO Kevin Lobo explained to Qmed's sister publication MD+DI last year, the company wanted to wait until it had a better idea of how surgeons would use the product, in order to maximize its chance for a successful launch.

But soon, that wait will be over.

During the company's fourth quarter earnings call, Katherine Owen, vice president of strategy and investor relations, updated investors on the full launch of the Mako total knee product, which is scheduled to coincide with the annual meeting of the American Academy of Orthopedic Surgeons in March.

"Given the measured pace of the limited market release, we feel well-positioned to move into the full commercial launch, with a training protocol that will optimize outcomes for surgeons," Owen said. "We continue to focus on knee market share gains as the best barometer of the success of Mako, and believe we will see evidence of its impact as we exit 2017."

The Kalamazoo, MI-based company also sent Mako capital specialists out during the fourth quarter to upgrade existing robots with the necessary equipment and software to enable the total knee application, Owen said.

Mako is expected to be the primary focus for Stryker during the upcoming AAOS meeting, Owen said, and the company plans to host an investor event to answer questions about the product, along with a booth tour that will include a Mako segment as well as other new product launches.

While the full market release of the Mako knee is likely to capture the majority of investor interest this year for Stryker, Canaccord Genuity medical device analyst Kyle Rose noted that the company is showing strong growth across other business segments too, including the company's MedSurg (medical and surgical) business and neurotech. He added that Stryker enters the year "on the cusp of new product cycles" in both hips and MedSurg products.

Stryker reported 18% U.S. sales growth during the fourth quarter and 11.7% international growth (13.7% if you take out foreign exchange impact).