Was Theranos CEO Smart to Speak at Conference?

Elizabeth Holmes reportedly continued to deflect blame during her appearance at a Philadelphia conference, and she had a tough time with CNN's Sanjay Gupta, too. 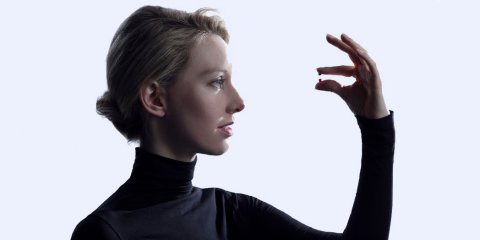 It has also resulted in more trouble, apparently.

In a Monday appearance at the American Association for Clinical Chemistry annual meeting in Philadelphia, moderator Stephen Master pointed out that Theranos at one time claimed the ability to ability to run more than 70 tests on a single drop of blood, according to Business Insider.

"The evidence you presented fell far short of that," Master told Holmes, drawing applause from the assembled scientists.

The data that Holmes did show often touted the company's desktop miniLab, which includes a multi-channel material-handling robot that dynamically performs tasks on samples that may traditionally require manual processing. Presentation slides shown on Business Insider show comparable potassium results for arm-drawn blood between the miniLab and the Seimens Advia 1800, and finger-prick results for cholesterol also performed comparably.

The Philadelphia conference isn't the only place where Holmes has had to answer questions. She had a tough moment with CNN's Sanjay Gupta when he mentioned the case of an Arizona man who claims he had a heart attack after inaccurate Theranos lab results.

"You're the CEO and founder of the company. This is as serious as it gets," Gupta replied.

Theranos was once a Silicon Valley darling, with Holmes' bold vision of reliable tests conducted off only a single drop of blood from a finger prick. Things started to unravel, though, in October after a Wall Street Journal exposé called into question the accuracy of Theranos' tests. Things got worse from there. A CMS report in January described hematology testing practices at Theranos's Newark, CA-based lab as "deficient," saying they posed "immediate jeopardy to patient health and safety." Two months after that, a study in the Journal of Clinical Investigation found that Theranos's blood tests were unable match the accuracy of more conventional tests. Another Wall Street Journal article claims the company knew its technology had problems, but still used it on patients. CMS has since disclosed that the company failed 87% of its quality-control tests for one hormone test.

Walgreens in June announced it was severing ties and booting the struggling blood-testing company out of 40 of its Arizona drugstores. Meanwhile, Theranos is facing a sting of federal class-action lawsuits, and the company is reportedly under investigation by the U.S. Justice Department and the SEC.