“Medical device manufacturers are increasingly seeking to access a full range of testing services from a single source,” stated Klaus Schlicht, vice president global testing medical & health services at TÜV SÜD Product Service GmbH, in a news release. Testing needs to cover not only physical characteristics but also biological and chemical properties plus IT security, the company reported in a news release.

TÜV SÜD’s physical testing includes electrical safety and electromagnetic compatibility as well as tests simulating the wide variety of environmental impacts that may affect the product itself and its packaging sterility during transport, storage, and operation, the company explained. Biological and chemical services include chemical characterization and microbiology and sterilization behavior identification as well as validation of biocompatibility. IT security testing may involve vulnerability scans or penetration testing.

In addition, the TÜV SÜD P.H. laboratory in Italy received accreditation in May for nine methods of chemical characterization. Auditors from Accredia, the Italian accreditation body, performed the audit remotely given restrictions imposed to combat COVID-19. The lab will also gain the status of “European Lab Hub for biological/chemical testing of medical devices” and will thus supply all European customers with chemical characterization and in vitro biocompatibility tests in future, the company shared.

Cadence Inc. is celebrating its 35th anniversary as a contract manufacturer of advanced products, technologies, and services to medical device, diagnostics, aerospace, and commercial companies worldwide.

The company was founded as Specialty Blades in July 1985 by engineer Martin Lightsey after the development a proprietary computer numeric control (CNC) sharpening process that featured precisely controlled, multiple-step grinding and honing sequences to address the needs of companies requiring high performance custom-made blades, it was reported in a news release. The company now employs about 500 people with headquarters in Staunton, VA, and other locations in Connecticut, Pennsylvania, Rhode Island, and Wisconsin.

Over the past 35 years, Cadence has provided customers with blades and needles while expanding technologies and services to include machining, tube fabrication, laser processing, metal stamping, finished device manufacturing and assembly, and more.

The online store features in stock PTFE Natural coated stainless-steel mandrels and wires with diameters ranging from 0.007 - 0.070 in. Product ships within 24 hours of order and includes a Certificate of Compliance.

“We are excited to enhance the capability of our online store with the addition of international shipping. The Applied Plastics’ team understands the importance of shorter lead times for our customers. Being able to ship product within 24 hours to both domestic and international customers will help support reduced development lead times,” said CEO Thomas Barrett in a news release. “In the near future, we look forward to expanding our online product offerings to better support our R&D customers’ needs."

Amada Weld Tech Inc. offers black, corrosion-resistant marking capability that survives multiple passivation and autoclaving cycles for the medical device manufacturing industry. Frequently used for stainless-steel implantable device and surgical tools (e.g., banding around trocars or UDI marking on surgical scalpels), the mark is generated using a picosecond laser whose ultrashort pulse durations allow it to impart energy to a material surface with almost no thermal effect. Unlike the heat-generated annealed marks made with fiber lasers, marks created by picosecond IR lasers are extremely high-contrast periodic nanostructures with antireflective properties that make the marks appear deep black against their surroundings, Amada reported in a news release. The restructured surface material is highly resistant to bacterial growth, passivation, corrosion, and autoclaving.

In addition, the processing window for developing the marks on stainless steels, aluminum, and titanium is significantly wider than that of traditional fiber lasers, according to Amada. Picosecond lasers also offer excellent marking capabilities on polymers often used in medical devices.

Humanitas Global Logistics was founded by Stafford Carrington and Rob Dhillion to provide high-quality medical devices and safety products to those that need supplies the most, prioritizing individuals in developing countries, it was reported in a news release. The company offers "360-degree pandemic solutions" from consultancy to testing kits and provides FDA-approved safety essentials such as gloves, masks, and hand sanitizers. It also offers testing equipment and ventilators.

According to a Humanitas Global Logistics spokesperson, the company works in partnership with manufacturers by buying stock in big quantities from manufacturers and organizing shipping to clients. It provides manufacturers with proof of funds quickly as well as market research and information on new trends.

It just launched an ‘order now, pay later’ program for the USA to ensure 100% customer satisfaction before any payment is requested, according to a news release. "Our goal is to build trust and establish an on-going relationship with clients based in America, so they can rest assured their money is protected. We are the only healthcare organization in the world who has successfully set up a process which will allow customers to see the product before they pay for it," the company shared in the release.

Company Director Stafford Carrington said in the release: “Our goal has always been to make sure we give the people who need the resources easy access to the products that can save lives at a fair price. Everything for COVID-19 disease control all in one place.”

qmsWrapper, a developer of QMS software for medical device companies, has added a new feature to ease data entry and export.

Custom Issue Forms for self-designed templates are intended to save time and simplify data recording. Users can make a custom web template according to custom needs as well as requirements of ISO 13485: 2016 or other standards. They can simply drag and drop questions and form fields to where they are needed or add lists with a dropdown menu, checkboxes, etc.. Uses could include a single template for quick data recording or implementation in processes.

Templates give users greater flexibility as regulations and business need change, the company reported. They will provide consistency and will reduce rework time. qmsWrapper can also provide ready-to-go templates that are defined per QMS requirements, and they are editable if necessary. Users can build custom templates directly in a workflow, and the company has provided 'ready to use' workflows with sample templates.

For insance, users could initiate the CAPA process with a template implemented as part of a step/process.

As a "bonus element," users can archive and retire documents. Long-term retention of data must be done for different regulatory compliance and standards that meet the specifications of the business. Therefore, managing and keeping these records are a must for the success of modern businesses.

Bell-Everman Inc. has launched ServoBelt RA, a new high-performance, drop-in replacement actuator designed for applications that have traditionally used rod actuators, pneumatic cylinders, or even linear motors, the company reported in a news release. Unlike traditional rod actuators, ServoBelt RA is fully guided along the entirety of its stroke, making it more resistant to off-axis loads and more stable in on-axis moves.

A range of standard motor offerings supports the replacement of pneumatic cylinders simply by connecting DC power and rerouting servo-valve signals to the ServoBelt RA. Its drive unit features standard or custom mounting hole patterns to make it easy to integrate ServoBelt RA into your machines, the company reported.

Featuring linear forces up to 200 N, speeds up to 4 m/s, accuracy to +/- 4μm per meter, and bi-directional repeatability as low as +/- 25μm depending on deceleration profile, ServoBelt RA performance compares favorably to linear motors that cost thousands more. 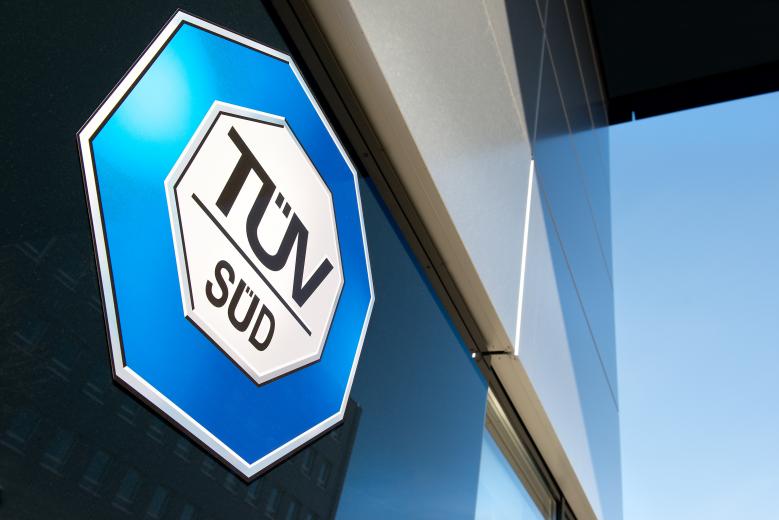 Next Up
7 Considerations for Choosing a Testing Partner
Start Slideshow ›