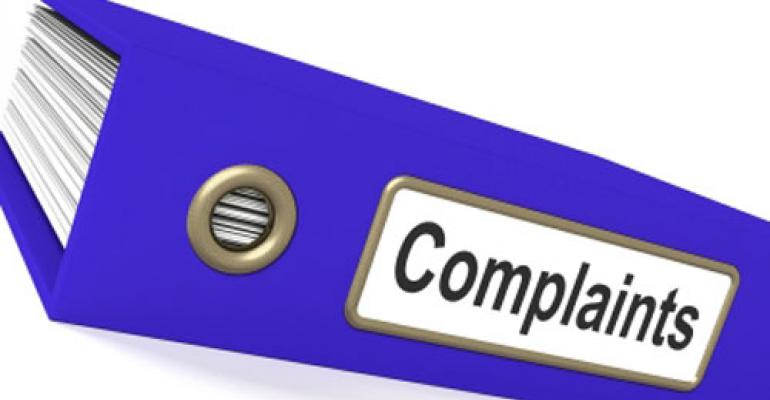 A well-written procedure documenting the complaint management process, including the creation of a complaint form, is required by the QSR.

A well-written procedure documenting the complaint management process, including the creation of a complaint form, is required by the QSR.

I have always experienced great difficulty in trying to fathom why medical device manufacturers fail to invest in developing effective approaches for complaint management. After all, when a customer calls to complain, the information garnered as part of the complaint process can be used to strengthen the organization as a whole, improving the product performance and the quality management system (QMS).

In the U.S. medical device industry, not only is the effective handling of complaints warranted, it is mandated by FDA, with the requirements delineated within the agency’s quality system regulation (QSR). For those of you who are unfamiliar with the QSR, 21 CFR 820.198 delineates the requirements for complaint management required by all medical device establishments operating in the United States as well as device establishments located outside of the United States that wish to sell product in the United States.1 Manufacturers that fail to comply with any portion of the QSR risk the possibility of receiving a warning letter.

In my opinion, the best way to make a point when writing about a regulatory or statutory requirement is to provide evidence premised on the real-life experiences associated with an agency warning letter. Typically, one inspectional observation noted on a Form 483 during an FDA inspection will not result in a warning letter. It usually takes a few observations, a QMS that has significant compliance issues, or a management team that is not fully engaged in the art of sustaining compliance. Regardless, compliance to regulations and standards is a salient requirement. The warning letter excerpt that I have selected reflects a device establishment that has significant number of compliance issues. In fact, the agency cited 10 inspectional observations in the warning letter, with observation No. 4 premised on problems associated with the handling of complaints. Exacerbating the issue is the FDA’s determination that many of the initial responses received and reviewed by the agency were deemed to be inadequate.

4. Failure to establish and maintain procedures for receiving, reviewing, and evaluating complaints by a formally designated unit, as required by 21 CFR 820.198(a). Specifically, Complaint Handling procedure (SOP AD-007), states all complaints defined as written or oral expression of dissatisfaction relative to the identity, quality, reliability, safety, effectiveness, or performance of any products manufactured by MTI Precision Products will be subject to management review and/or investigation and will result in prompt response and corrective action where indicated. However, not all complaints, such as customer complaints handled as service repairs, are reviewed and evaluated by your management (members of the designated complaint team).

a. Invoice (b)(4) from (b)(4) documents two nose cones being returned for possible manufacturing defect since they were not working. Your firm chose to treat this issue as a repair rather than reviewing and evaluating this communication from your customer as a complaint.

b. On April 7, 2014, your firm received a call from customer (b)(4) concerning your Micromotor Lynx TM20 which was received from your firm without a serial number. On April 14, 2014, your firm marketed this handpiece with serial # T41308799 without reviewing and evaluating this communication from your customer as a complaint (no investigation was initiated by your firm to determine why your device was shipped without a serial number).

We reviewed your firm’s response and conclude that it is not adequate because no evidence was provided to demonstrate your firm has established written procedures for receiving, reviewing, and evaluating complaints by a formally designated unit.2

First and foremost, device establishments are required to establish a procedure for receiving, reviewing, and evaluating complaints, including the creation and maintenance of complaint files needed for documented evidence of compliance.

Additionally, the complaints must be quickly assessed and processed. The agency employs the phrase “uniform and timely manner.” Investigating and closing complaints six months after initial receipt is not considered timely by FDA. Furthermore, an oral complaint requires the same rigorous investigation as a nonoral complaint. Finally, all complaints need to be assessed for the need to complete a Form 3500A “FDA MEDWATCH Form” or the need to file a Medical Device Report (MDR) electronically, in accordance with 21 CFR 803.3

If a complaint is determined to be the result of an adverse event, the complaint is reportable as an MDR in accordance with 21 CFR 803. Additional pieces of information that will need to be collected as part of the initial complaint documentation process are:

When the decision is made to pursue a formal investigation—and I do recommend pursuing investigations versus having to defend reasons for not investigation complaints—the following information is required to be captured and documented as part of the complaint investigation process:

As with any formal investigation, the expectation is that the investigative process commence with a review of the suspected device’s device history record (DHR) and the complaint database, including previously filed MDRs. Ascertaining trends in device performance can provide valuable insight needed for an effective complaint investigation.

In a perfect world, finished medical devices are always safe and effective in their intended use, and there are never any product-related complaints. Unfortunately, this fairytale is seldom if ever true. FDA will visit your complaint files during a QSIT-type of inspection, so it is incumbent upon all device manufacturers to have a well-established complaint management system supported by written procedure(s) and meticulous records to support document evidence of compliance during an agency inspection. Complaints in the device industry are common occurrences. Successful device establishments listen to their customers when they complain and employ the information garnered during the investigative process to drive product and QMS improvements. However, device establishments that fail to pursue a proactive approach to complaint management will eventually face the wrath of their customer base and eventually FDA, when the agency appears on their door step for a for-cause inspection.