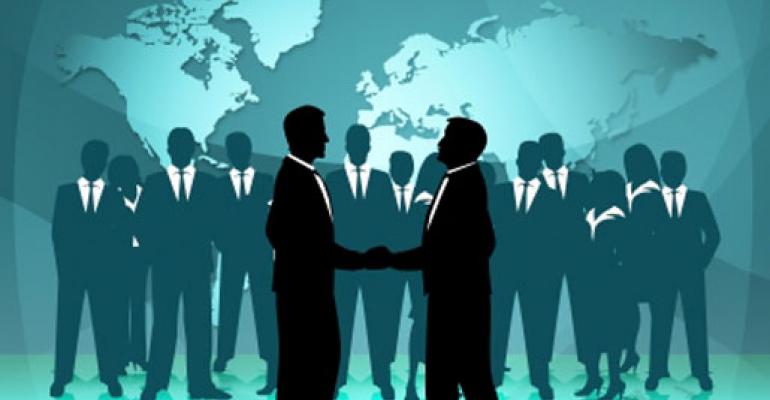 Experts trace the harmonization of Japanese, FDA, and ISO guidelines on biocompatibility testing, as well as key disparities to know.

Experts trace the harmonization of Japanese, FDA, and ISO guidelines on biocompatibility testing, as well as key disparities to know.

The process of medical device approval by regulatory agencies requires a biological safety evaluation to be conducted to assure the biological safety of the device. Since FDA released the blue book memorandum in 1995 (#G95-1: "Use of International Standard ISO 10993, 'Biological Evaluation of Medical Devices'—Part 1: Evaluation and Testing"), medical device approval submissions can be sent, simultaneously, to both European agencies and FDA, using the similar, if not identical, biological evaluation and or testing.

Prior to 2012, Japan had its own written guidelines, different from those laid out within ISO 10993 in several important ways. Because of this, medical devices intended for use in the Japan market were generally tested using different study protocols, in order to meet these Japanese specific guidelines.

With the global harmonization efforts in the last decade, the recent revisions to the ISO guidelines have adopted or referenced the Japanese study protocols. In 2012, Japan's Ministry of Health, Labour, and Welfare (MHLW) released the revised guidelines of biocompatibility assessment that are largely harmonized with the ISO standards. In 2013, FDA released a draft biocompatibility guidance that also reflects the recent revisions of the ISO standards. (For more on what FDA's final guidance might include, check out "FDA Guidance for ISO 10993-1: What to Expect.")

Below, we describe the harmonization among these biocompatibility guidelines, up to the latest revisions, and also discuss some differences in requirements.

The categorization of medical devices based on type and duration of contact is very similar between the ISO, the FDA, and the MHLW guidelines, and specifies the areas of biocompatibility that shall be investigated. The current version of the FDA guidance and the MHLW guidelines have adopted the test matrix updated in the current ISO 10993-1: 2009 with some exceptions. The MHLW, consistent with the previous version, labels pyrogenicity as a separate item for evaluation. FDA recommends acute systemic toxicity, subchronic toxicity, and implantation tests to be considered for a broader set of devices/patient exposures than what is outlined in ISO 10993-1. Previous versions of ISO 10993-1 had a table of supplemental evaluations in which evaluations such as carcinogenicity and chronic toxicity were recommended for evaluation. Although, this table is no longer present in the current version of ISO 10993-1, FDA still specifies that these categories be addressed based on a device risk assessment.

Furthermore, FDA specifically recommends conducting a risk assessment on biological hazards resulting from device mechanical failure, such as the release of coating particles, chemical leachables from delaminated coating surfaces, and so on.

The 2012 version of the MHLW guidelines are consistent with the previous version. It states, “As a general rule, evaluation must be made for the items shown in the table matrix.” This matrix specifies evaluations of equivalency to already approved medical devices and evaluations by appropriate published literature.

FDA also recommends extraction at a high temperature. It specifies that extraction condition of 37°C for 72 hours shall be used only for short term surface contact devices or for a material that would be degraded at a temperature above 37°C, resulting in toxicities not representative of the final product.

The MHLW guidelines recommend that if multiple categories for the duration of contact apply to the device of interest, then the item that corresponds to the category with the longest duration shall be evaluated. When there are categories applicable to multiple sites of contact, the items that correspond to each category shall be evaluated. On the other hand, FDA guidance recommends conducting extraction tests on components separately if the device includes components with different durations of contact or contact categories. If a material is new, it may be necessary to test the new material component separately.

Described within the 2003 version of the guidelines, the MHLW warranted specific study protocols and evaluations for some tests. The newly released MHLW guidelines have demonstrated harmonization to the ISO and FDA guidelines.

ISO 10993-10: 2010 Annex E is based upon the MHLW guidance on the preparation of extracts of a polymeric test material to be used in a guinea pig maximization test (GPMT). In turn, MHLW guidelines reference the revised ISO standard for its extract preparation for organic resins in GPMT.

The 2014 version of ISO 10993-3 has been technically revised. It adds Annex A, “Guidance on selecting an appropriate sample preparation procedure in genotoxicity testing,” and adopts the MHLW guidelines for genotoxicity testing. Furthermore, the ISO standard outlines 7 common extract solvents to be considered, instead of the two solvents specified within the MHLW guidelines.

The MHLW recommends two in vitro genotoxicity tests to be conducted for evaluation. The ISO 10993-3 standard provides a flowchart for follow-up evaluation in Annex B. It shows if the extract of chemical is not a genotoxin in two in vitro tests, no further in vivo test is required. However, the FDA guidance recommends three genotoxicity tests, including two selected in vitro tests and one selected in vivo tests.

Pyrogenicity tests are included in ISO 10993-11. Both FDA and the MHLW consider pyrogenicity as a separate evaluation entity. Furthermore, they recommend assessing both material-mediated pyrogenicity and bacterial pyrogens (endotoxin). The pyrogenicity test procedure outlined within the FDA guideline of USP 34 <151> is accepted by the MHLW.

The MHLW adopts ISO 10993-4 for blood compatibility tests. Thrombus formation, blood coagulation, platelet, hematological items, and complement activation system shall be evaluated according to these standards. Hemolysis testing shall be conducted using a saline extract. FDA recommends hemolysis, immunology (complement activation), and thrombogenicity testing to be considered for a device having direct blood contact. The hemolysis testing requires both direct and indirect methods to be conducted. FDA recommends thrombogenicity be assessed as part of a safety study conducted in a relevant animal model. Alternatively, a 4-hour canine venous unheparinized model can be used to assess thrombogenicity.

The MHLW guidelines, the FDA guidelines, and the ISO standards have been largely harmonized. This harmonization has opened the door for medical device manufacturers to test simultaneously for submissions to the EU, FDA and the MHLW. Though this greatly reduces the need for additional content included within the scope of medical device evaluation submissions, regulatory agencies may have differences in detailed considerations and emphases on risk evaluations.

Zhenghong Tao Dr. Eng., is a principal engineer at Abiomed Inc. Reach him at [email protected].

Laurence Lister B.S. LATG is the director of Biocompatibility Services at Toxikon Inc. Reach him at [email protected].