Image of hexane by Colin Behrens from Pixabay 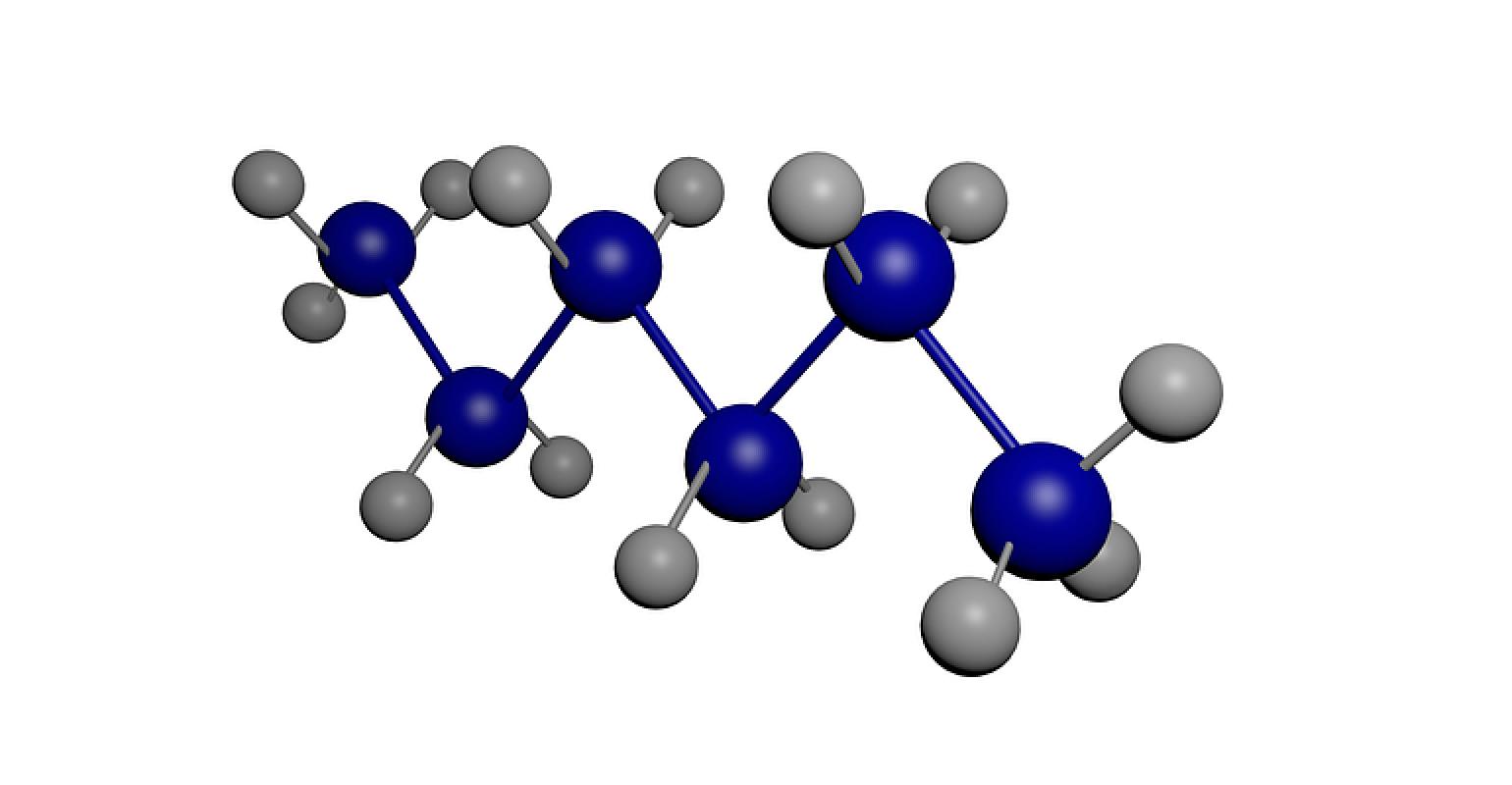 Solvent selection makes a difference when it comes to characterizing extractables and leachables for polymer medical devices.

This article will highlight some of the shortfalls and challenges arising from solvent selection in chemical characterization of extractables and leachables (E&L) of medical devices constructed of specific polymeric materials. Leading voices in the industry have been calling for exclusion of the solvent hexane owing to its deleterious effect on medical devices containing lipophilic components. However, elimination of hexane may have a negative effect on the safety assessment of the device because of its unique properties as a solvent for lubricants and machine oil commonly used in manufacturing of medical devices. In addition, the routinely recommended polar and semi-polar solvents, water and alcohol, present a separate challenge for identification of true extractables owing to their chemical effects on extractable analytes, again resulting in an inaccurate assessment of device safety. These phenomena are often overlooked during routine chemical characterization and rarely questioned by regulatory agencies. This article highlights solvent selection issues and provides guidance for extraction and analytical techniques to improve overall quality and data interpretation and ultimately to ensure patient safety.

Extraction solvent selection can have a tremendous influence on the kinetics and thermodynamics of reactions and can alter product selectivity and conversion significantly by direct participation or by mediating alternate chemical reactions. 1,2 The importance of solvent selection and the effects on chemical characterization of medical devices has been a subject of several E&L publications, conferences, and webinars. 3,4  On the other side, many advocates in E&L circles are pressing to exclude hexane, a non-polar solvent from use in routine extraction of devices containing polysiloxanes and other lipophilic components. The dissolution affinity of such materials complicates the chromatographic profiles and data interpretation and often leads to detector response saturation requiring further dilution for the detector to remain within response range. However, dilution would often complicate the requirement for limit of detection (LOD) in order to meet the analytical evaluation threshold (AET),5 which often requires concentration of the extracts. This scenario is very common for large-sized devices and presents a dilemma for chemists to balance both requirements working in opposite directions to meet LOD, AET, and detection response range.

The first part deals with solvent compatibility with the device physical integrity as commonly practiced in most laboratories to ensure proper selection of compatible solvents to maintain device integrity. The guideline seems to provide justification for the proponents to exclude hexane due to its deleterious effects on the device.

However, elimination of non-polar solvents may risk missing detection of potential contaminants, impurities, or residuals that are highly soluble in hexane such as machine oil, lubricants, long-chain hydrocarbons, grease, etc., which are occasionally identified in extractables and leachables studies. Exclusion of hexane may not only limit detection of such residuals, but their presence may provide a slippery surface affecting positioning and alignment,6 especially for medical devices placed in moving body parts. In addition, such contaminants may act as a vehicle transporting toxic residuals to the surface of the device and causing undesirable effects at higher release rate.

It is then advisable that proponents for exclusion of non-polar solvents need to reconsider to ensure the balancing of the safety and effectiveness of medical devices regardless of the effect on device macroscopic physical integrity as long as the extraction is not performed in a clinically simulated medium.

As for Part 2, Annex D, which states that extraction should “not cause deleterious effect on extractable profile such as chemical alteration of the extractables,” solvent effect on extractables and leachables is rarely investigated, and investigators and regulatory agencies often overlook it. Protic solvents such as water, ethanol, isopropyl alcohol, saline, and phosphate buffer solution (PBS) including polyethylene glycol (PEG) are routinely used for E&L and biocompatibility testing. Protic solvents are reactive and have the potential to alter chemical structures and mediate chemical reactions resulting in identification of reaction products or by-product that are often thermodynamically more stable and less toxic resulting in the wrong basket of compounds for toxicological risk assessment.

Polyurethanes, polyethers, and acrylates, for example, are widely used in construction of various medical devices across the full range of therapeutic areas, patient care, and use. The building blocks of these polymers are unstable in protic solvents, react with a broad range of chemical compounds, 7-9 and yet are not classified as cohorts of concern 5 despite their potential production of mutagenic DNA/RNA adducts. 9-12

DNA/RNA adducts are mediated by the reactivity of the functional groups of molecules in a biological medium. Reactive entities follow the same principle when present and extracted in the same vessel for long duration and high temperature. The true toxic residual may go undetected or detected as a reaction product leading to device failure during a safety assessment and an occasional clinical withdraw. 6

Per definition, a solvent is a liquid substance capable of dissolving other substances (solutes) without chemical change. Otherwise, if the solvent participates in a chemical reaction, then it becomes a reagent or a reactant mediating or participating in a chemical reaction. A reclassification of solvents based on reactivity rather than polarity as recommended in the guidelines would serve to highlight their potential deleterious effects on chemical characterization of medical devices constructed of sensitive materials to protic solvents.

Polar protic solvents have high dipole moments and high dielectric constant ranging from 80 for water to 6 for acetic acid. They are reactive through their O-H or N-H bonds and constitute a source of protons (H+) capable of participating in a chemical reaction with other molecules containing appropriate reactive functional groups. They serve as either a nucleophile or electrophile depending on other reactant’s chemical properties and are good solvents for polar and charged species.

Dipolar aprotic solvents lack O-H or N-H bonds and cannot form hydrogen bonding or participate in a chemical reaction. They have moderate dipole moments and dielectric constants ranging between 5 and 20. Their relative high polarity allows them to dissolve polar and charged species, and they are amenable for analysis by LCMS and GCMS except for ethyl acetate and dichloromethane as shown in the table below.

Please see the following table for solvents classification and properties.

This article is also intended to mitigate the results occasionally encountered in biocompatibility testing of devices constructed of materials sensitive to protic solvents. The standard biocompatibility results of a device containing polyurethanes showed failure of sesame seed oil (SSO) extracts, along with passing saline, phosphate buffer solution (PBS), and polyethylene glycol (PEG) extracts. Chemical characterization of the extracts following ISO 10993-12 13 and -18 14 using water and alcohol failed to identify the chemical entities because of instability and high reactivity of isocyanates in protic solvents. 7,8 In addition, analysis of hexane extracts by GCMS stopped short owing to low solubility of isocyanates in non-polar solvent and thermal degradation owing to matrix effects in the injection port.

It is also worth noting that polyurethane was one of the test articles used in the Ethicon Project 15 to evaluate variation in chemical characterization results. Neither the study design nor any of the ISO-certified laboratories raised any concern about a protocol using water and isopropyl alcohol about the ultimate consequence per ISO 14896:2009. This guideline describes detection and identification of residual isocyanates in plastics following two stipulated methods. Both methods are based on derivatization in situ of isocyanate residuals using aprotic solvents spiked in excess with di-butylamine, yielding a stable derivative. The excess di-isobutylene is determined by volumetric titration with an acid for indirect calculation of isocyanates content in the sample extracts. Both methods suffer from selectivity and sensitivity. Titration is not a sensitive technique to account for low level of isocyanates, which are also not selective and may result in false positive results.

NIOSH methods 5521 and 5522 for determination of isocyanates follow basically the same technique by trapping isocyanates on an impinger coated with a derivatizing agent. The analysis is performed by liquid chromatography/UV or fluorescence detection. However, the method is not applicable for extraction and analysis of protic solvents extracts.

We have demonstrated in previously unpublished studies that LCMS is a selective and sensitive alternative for the detection of residual isocyanates as free extractables or as covalently bound isocyanates with remaining free active groups. The extraction and derivatization were performed following the same ISO principle but using dichloromethane as solvent. Derivatization was completed in about an hour, at room temperature. The solvent was evaporated and the residue was reconstituted in a compatible solvent for targeted analysis by LCMS operating in electrospray positive mode. Determination of residual isocyanates followed two different approaches:

It is important to distinguish between the macroscopic effects of solvents on device physical integrity and the chemical effects on chemical structures. Protic solvents as routinely used for chemical characterization may have significant influence on reactive or unstable toxic residuals. They can influence reaction rates and product selectivity by direct participation in the reaction or by competing with the active site of co-extractable entities especially when extractions are performed at high temperature and for a prolonged time. Investigation of solvent chemical compatibility of medical devices constructed of particular polymeric materials should be performed to ensure detection of potential toxic chemicals that may otherwise go undetected and risk device failure and patient safety. After all, reactive chemicals are the most toxic, and ensuring their detection is paramount. Investigation of the chemical compatibility of extraction solvent fulfills the ambiguous interpretation of ISO10993-18, Annex D, to “not cause deleterious effect on extractable profile such as chemical alteration of the extractables.”

The ultimate safety assessment of the device depends largely on laboratory results. Toxicologists and FDA reviewers often overlook how the compounds are identified as long as a standard process is followed. In the end, it is possible that regulatory approval could be granted based on reporting reaction by-products, end-products, misidentification, or misinterpretation.

We all believe that expertise pays off. Good E&L data provides guidance to medical device manufacturers, enabling them to revisit their manufacturing processes to improve the quality of their products rather than face regulatory scrutiny, risk device failure, and compromise patient safety. It is advised to follow the guidelines and ensure safety and effectiveness through comprehensive regulatory assessment rather than follow a process simply to fill in the blanks.